A love scene with champagne and strawberries. In a brothel. Under threat of imminent death. Come on, you know you want to see me write my way out of this one.

Dredmore finally gets what's coming to him, and it's not a winning Powerball ticket. 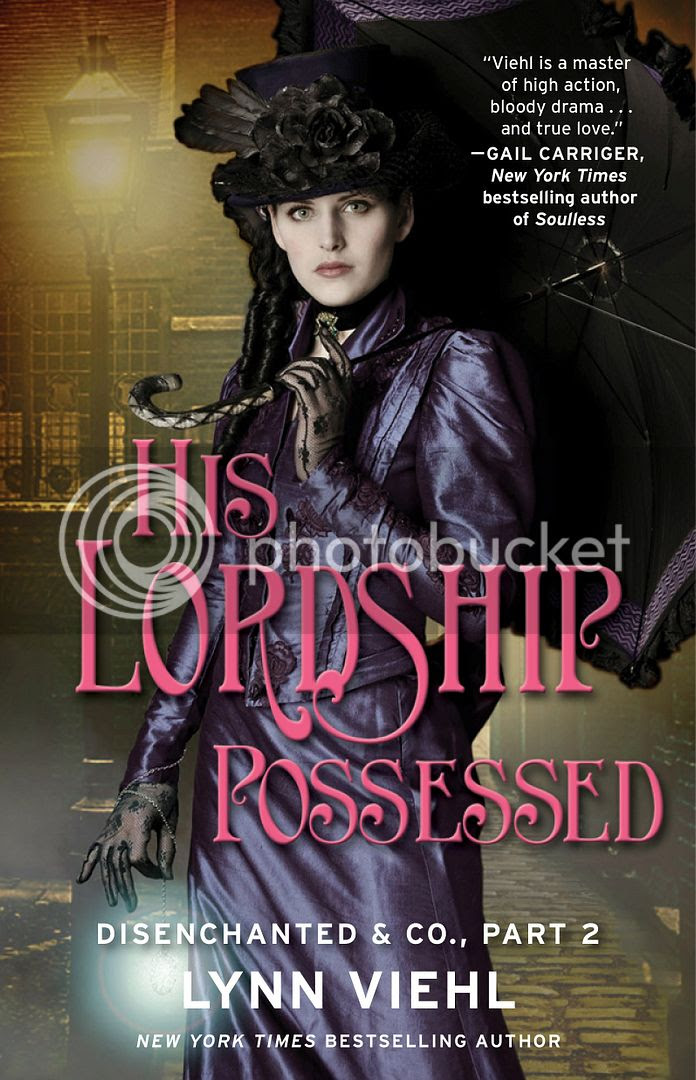 If they ever make a movie out of it, I promise to prevent them from casting Charlie Hunnam as Dredmore (although he might work as Doyle, if he shaved off the weird beard, yes?)

Lady Diana learns who has been messing with her and why.

Nolan Walsh's plot is completely revealed, and it's a lot bigger than you probably thought.

Perfect, zero-calorie way to take a break from your Halloween prep.

There is no part 3. I know, a couple of reviewers told you there would be, but happily they got it wrong. The book goes like this: Part 1 -- Her Ladyship's Curse in August, Part 2 -- His Lordship Possessed in October, and that's it. The print edition bindup of Part 1 & Part 2 -- Disenchanted & Co. will be released in January, and book two, The Clockwork Wolf, in February. I hope you're taking notes, too, because there will be a pop quiz on this later.

Will give you a couple of hours during which you probably won't be worrying over Syria, Obamacare, or what the heck to make for dinner.

You'll find out exactly who Harry is this time, and it's not Houdini.

Links to places you can preorder: