Part of the fun of world-building is reimagining all the stuff that goes into making a world: people, terrain, societies, architecture, language, foods, transportation, religion etc. While I always enjoy inventing a world from the ground up, it's creating little details that are the most fun for me, i.e. How do they say Hello? What do they eat for breakfast? Where do they sleep? What sort of games do they play?

Even the smallest detail can be an opportunity to get creative. For example, while working on the universe for my newest series, I had to come up with an alternative to the key ring that was gender-specific (in other words, men and women both carry keys, but they use different things to do so.) I actually researched the way people have carried keys throughout history before I made up key-carriers for my universe: my guys use a type of fob, while my ladies keep them on a keylace -- a length of lace worn around the wrist like a bracelet.

As details go this one is quite small, mentioned maybe three times in the entire novel, but it's one of those things I think is cool. Naturally when I found the idea-ology word keys, I realized I could actually make my keylaces. Which led to a day of playing with all sorts of trims and ways to wear them, and then that morphed into a series of keylace BookLoops: 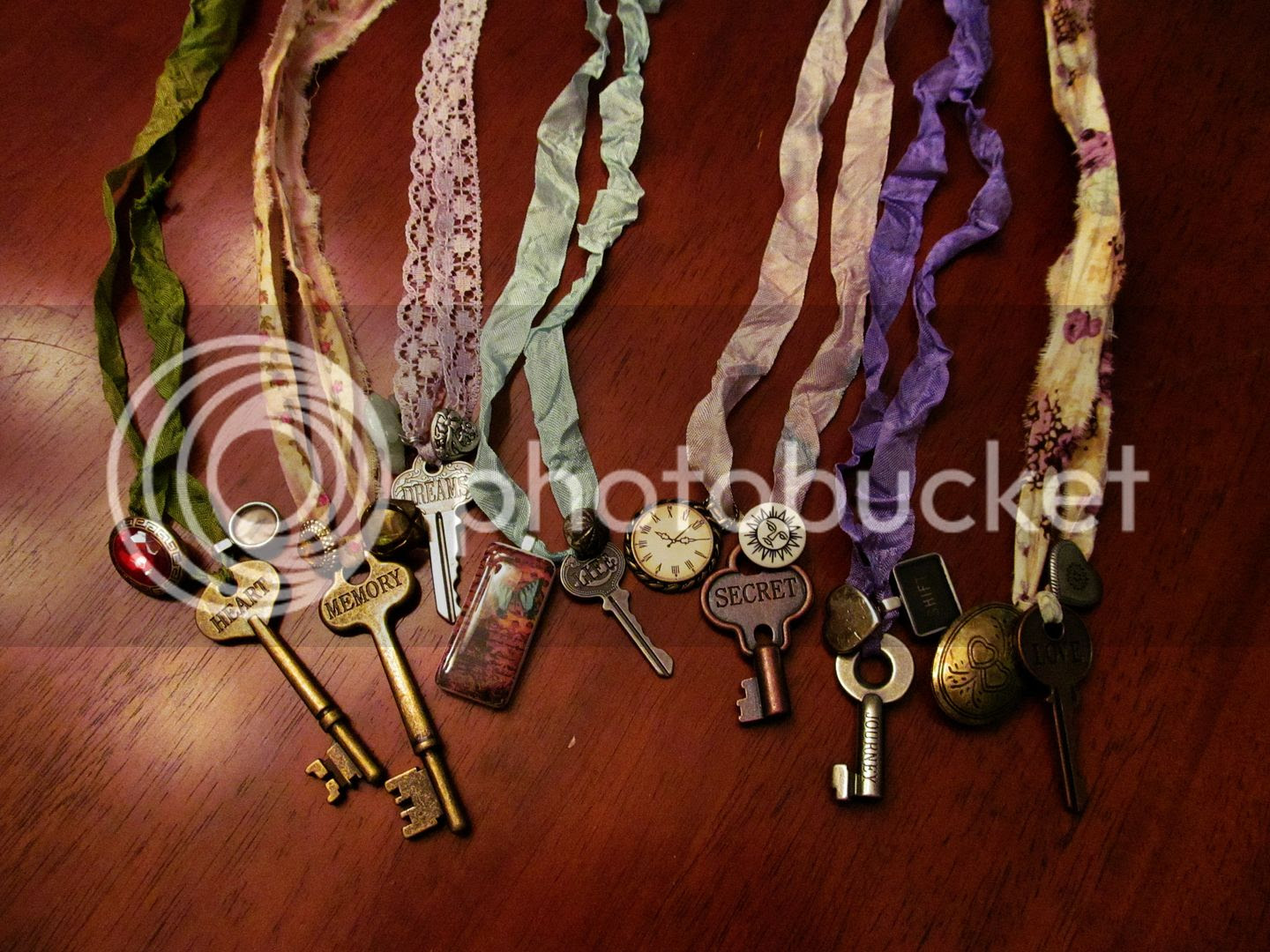 I'll probably keep fussing with and refining these until I have the perfect assemblage because it's not quite there yet, but I still like how the first batch turned out. They have that shabby, cherished quality that I envisioned. They also have a practical use as bookmarks, and will work nicely as unique promo items to hand out when the book is released.

It's not always possible to turn something you've imagined into reality (unless, say, you have a few spare millions and your town doesn't mind you building that five-story two hundred ton time travel device in your backyard.) Focusing on the little details can put making real the imagined within your reach. It doesn't have to be an object; you might recreate the outfit one of your characters is wearing, or actually write a letter or song or poem for one that your character has written in the story (I filled a journal with love poems written in my imagination by Jayr from Evermore.) Draw on your creative strengths, too; if you've conjured up a new sort of critter, draw a sketch of it, sew a stuffie version of it, or sculpt it in paperclay. The point is to bring something from the page into your reality.

Have any of you ever created something you've only imagined? Tell us about it in comments.

Added:  All of the shabby chic trims I used for the keylace BookLoops were purchased from homesteadtreasures on etsy.com.
Posted by the author at 12:00 AM