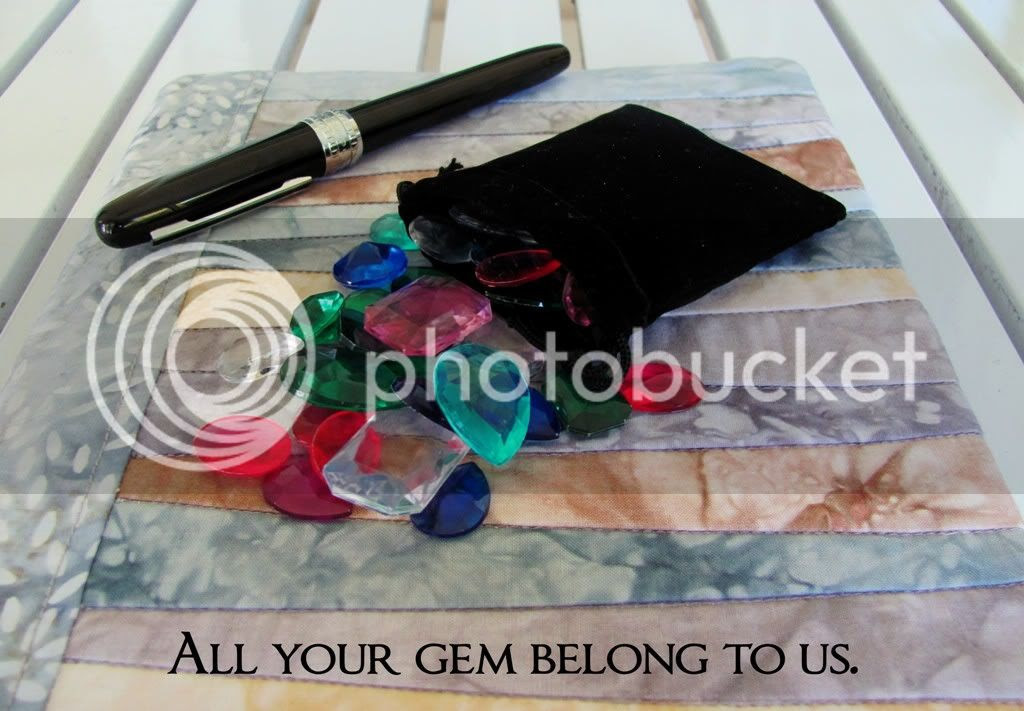 Ten Gems O' Wisdom You Should Probably Ignore During NaNoWriMo

A Real Writer Earns Money: I guess that means Dickinson and Poe and Thoreau were all fake writers. When I hear this I always think of a not very famous writer named Henry Darger. A quiet, ordinary janitor in Chicago, Henry did not write for money or anyone else. He wrote for himself. Among his many works, which weren't discovered until after he passed away at age 80, was a 15,000+ page, single-spaced typed manuscript that he also illustrated with hundreds of drawings and watercolor paintings. To say someone like Henry wasn't a real writer would be like saying Van Gogh wasn't a real painter (but hey, he didn't make any money, either.)

All NaNoWriMo Novels are Nothing But Crap: Oddly enough (and I love the timing of this) my agent is currently negotiating a contract for the book I wrote the first draft of during NaNoWriMo 2009. I consider it one of the most original novels I've ever written, and the publisher and I are both open to the idea of making it a series. So what was that about crap again?

Feedback Helps While You're Writing: Over time I've watched writers being pressured more and more to take on critique partners, beta readers and otherwise accept assistance while actively writing a story. I've also noticed writers seeking in their own ways to add outside approval before they're finished the work. Whether you call it collaboration, critiquing or writing by committee, it is not automatically helpful. Outside sources (who have their own rules, prejudices and problems with writing, too) can distract or derail you, and obviously that's not going to improve the work. It's your call, but feedback is much more valuable to me after I have a finished product, when I'm fully into my major editing mode. Then I'm in a better place to judge whether or not the feedback is valid.

Follow These Rules: There are so many rules out there I think they've begun breeding like pond scum. I hate rules, too -- there's never been one I've run into that I didn't want to stomp to pieces. Look, as a writer, your job is to write a great story that your readers will enjoy. Do whatever it takes to accomplish that. I think that's the only rule you should worry about.

Life Experience is Important so Wait to Write Your First Novel: This comes from people who think you can't write a book until you're over forty. All of them are probably over forty, too. I wrote my first book when I was thirteen, submitted it and got feedback from an editor, so no, I don't buy into it. I also made my first short story sale a year later. Write when you're ready to write.

Write Every Day: I will say that it's an excellent ambition, and writing daily may help you reach your NaNoWriMo goal. But you probably also have a life. That means if you have four kids and three of them are sick, a day job, a spouse out of town, a sick puppy and/or your sister keeps calling with updates on her latest drama, you're excused from writing for the day. P.S., If you need a note, let me know and I'll write one for you. Unless my sister calls.

You Can'ts and You Musts: You've all heard these; they're issued by those inflexible PC-obsessed folks who believe they should decide how you write, when you write, where you write, what you write, etc. Smile at them, nod at them, but unless they're holding an advance check with your name on it, I suggest you ignore them and make those decisions yourself. Especially when it comes to what you write. Writing simply to placate someone else is utterly demoralizing and, to me, just plain wrong.

You Have to Write Slowly to Write Well: I've been bombarded with this one my entire career. I could do the reverse and say you have to write faster in order to write well -- since that works for me -- but I'm open to the idea that some people do need a decade or more to finish one book. I don't, but that doesn't make me less of a writer; it just means I write and publish more books and I don't have to work a day job. Bottom line, the pace at which you write should be what's most comfortable and productive for you. As long as you're writing, who cares how fast or slow you are?

You Should Write What You Know: I saved this one for last because I think it's the worst gem of all. A great big ugly worthless piece of fossilized dinosaur dung, that has ruined more writers -- for life -- than I really want to think about. It's an imagination killer. Think about it: if we all followed this advice, there would be no science fiction, no vampire fiction, no fantasy fiction . . . really, no fiction whatsoever. Everything published would be autobiographies. That's it, that's all. With the way this world is, I believe that we need more than nonfiction. We need inspiration, and hope, and dreams. Writing what you don't know, writing about the things that exist only in your imagination, shares it with someone else. That creation, those dreams, can help make their reality a little more bearable. And isn't that the point?

What writerly glass wisdom would you like to shatter? Smash it to pieces in comments.
Posted by the author at 12:00 AM