Making Your Own Place

Last year we had tenants in all of our birdhouses, and as usual a bit of backyard drama when one of the fledglings took a wrong turn. This year things have been pretty quiet, and so far I've seen only one timid little lady inspecting the properties: 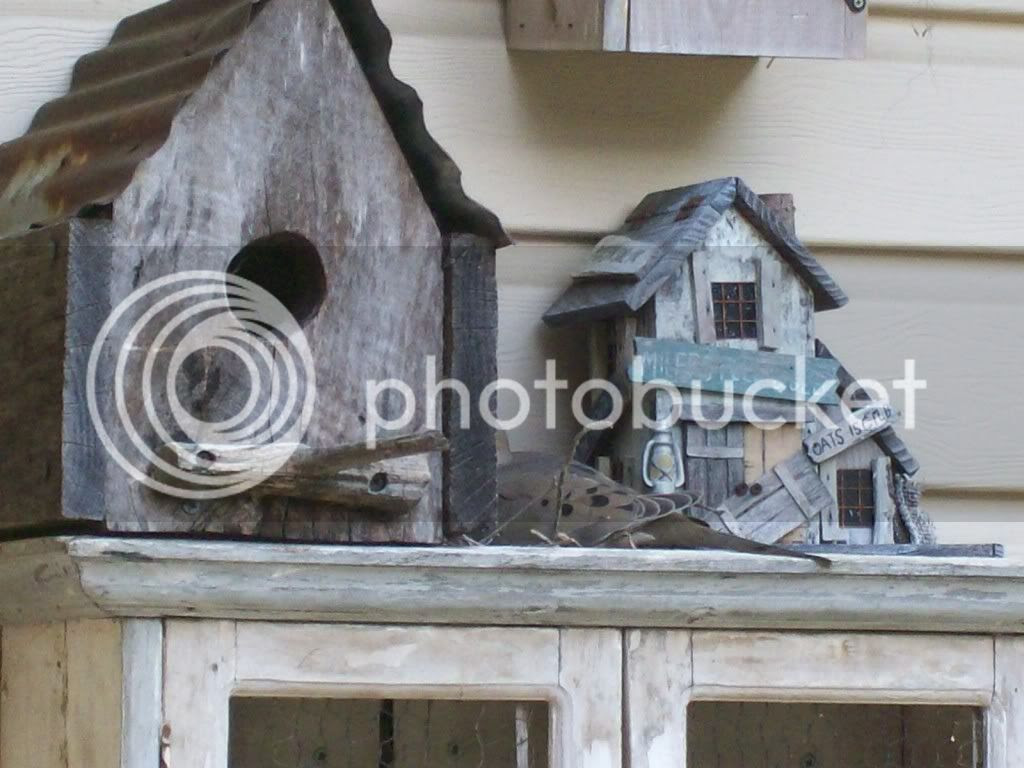 Shy Thing is a mourning dove, I believe, and the above is the best picture I've gotten of her so far (everything else is a blur of feathers as she takes off the minute I snap the shot.) But while I've been skulking about trying to shoot her, she keeps returning to the same spot on the wall cabinet -- a small space between two empty birdhouses. Then she just sits there until she notices me and flies away.

Today I noticed a couple of twigs sticking out from the top edge of the cabinet. I can't actually see the top of the cabinet because I'm a shrimp, so I decided to climb on a chair to check out just what Shy Thing was squirreling away between the birdhouses: 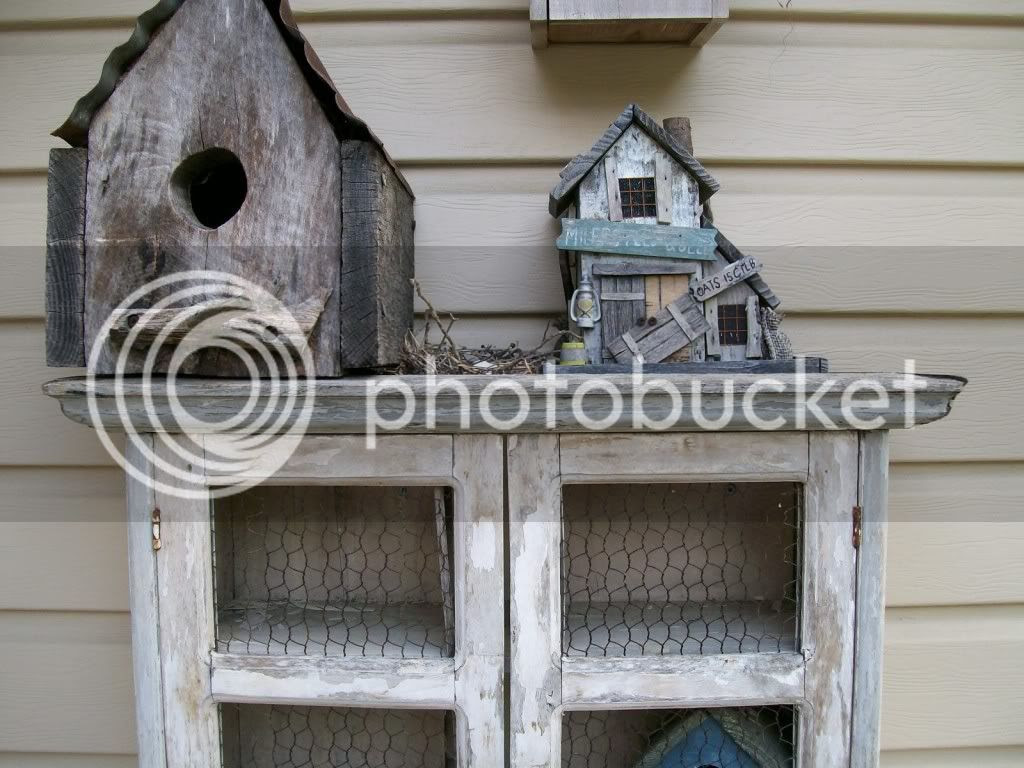 No way was she building a nest between two birdhouses, I thought. Maybe she was cleaning out an old nest from one of the houses. Maybe she was trying to build herself a little bonfire and roast marshmallows. Even standing on the chair, I couldn't really see. So I held the camera up over my head and took a third blind shot: 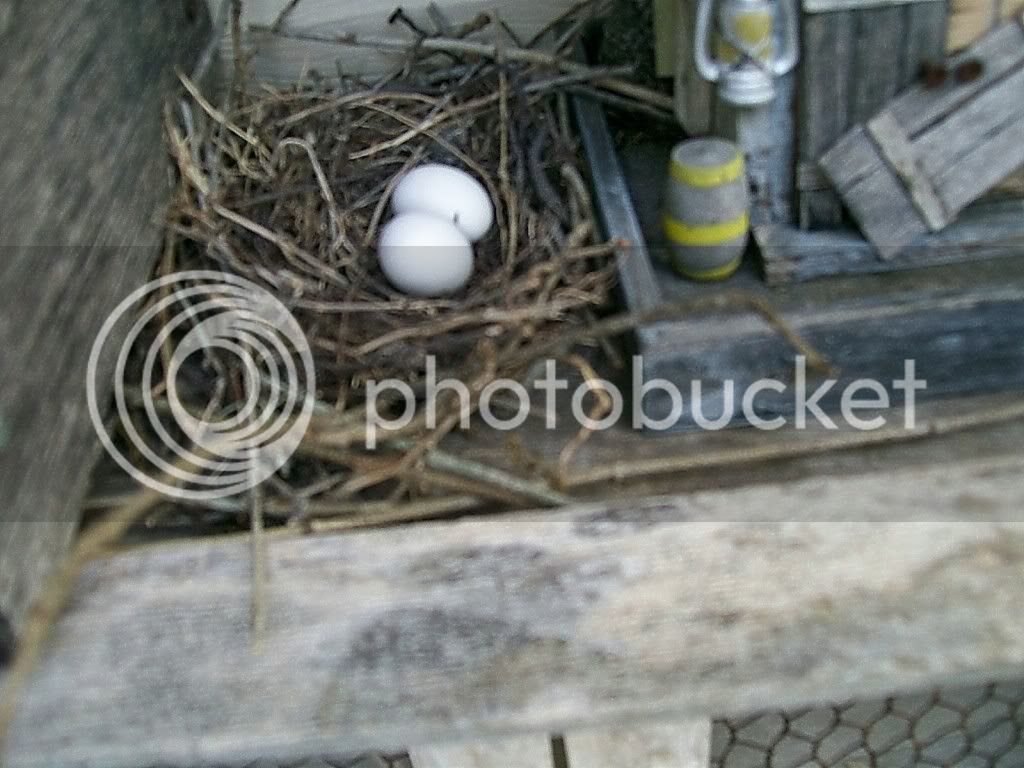 Yep. She not only built herself a nest, she's already filled it.

I cannot for the life of me understand birds. There are three perfectly good birdhouses right there she could have nested in. Right there. All she had to do was move to the right three inches, the left two inches, or up six inches. She would have had a real roof over her head, and walls around her and the babies to keep them safe.

But it seems Shy Thing is also Stubborn Thing. Evidently when she couldn't find a place that suited her, she made one for herself -- not where every other bird that has nested here used, but a new and very different place. Okay, a really dumb place (baby, it's a seven-foot drop from the top of that cabinet) but one that obviously seemed right to her.

Sometimes doing that -- making your own place in the world -- is risky, and scary, and almost not worth the trouble it's sure to cause. But if playing it safe and doing what everyone else does makes you unhappy and doesn't feel right, how is that really better?

And who knows, maybe Shy Thing heard that we're bird lovers, and counted on us rigging something around the cabinet top to keep her babies from taking a header. Which of course we'll do. Shy Thing may not like our birdhouses, but she's chosen the top of our cabinet as her nursery. The least we can do is baby-proof it for her.

Added: I tried a different tactic this morning and Shy Thing finally let me snap a shot of her on the nest.
Posted by the author at 12:00 AM