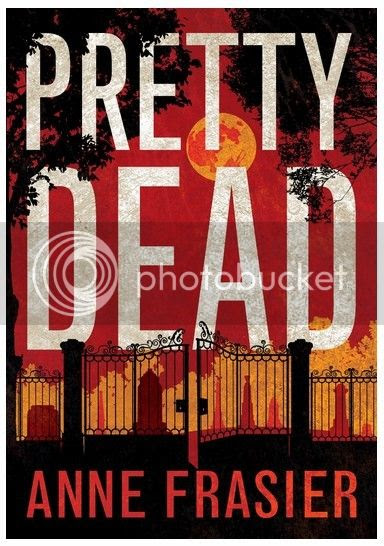 I'm looking for spooky reads for Halloween. I usually go with a romantic suspense but this year I wouldn't mind a good mystery, or an intelligent horror (yes, there is such a thing) novel.

I have a strange relationship with horror. I really like it when it's smart and elegant, particularly if it involves a haunted house. Not so crazy about the gratuitous slasher/gore variety. After much beating around bushes I finally tried Joe Hill by reading his book Horns over the summer (it was one of those buy two get one free deals, and I can only read so many wallpaper historical romances before I develop an aneurysm.) He's definitely intelligent horror, and his dad's boy in many ways, but I think he's read Catcher in the Rye a few too many times.

On the other hand -- and the opposite/far end of the horror spectrum -- Chuck Wendig (who I think is writing like Star Wars books now) can write gory horror, which I really don't care for, quite well. I paid full price for his book Double Dead and did not regret it, even when things got uber gory with cannibals squatting in a Wal-Mart. He also had one of the best endings of all time in that book (and please note Wendig's novel is extremely violent, gory, bitter, and not something I'd rec for the faint of heart whatsoever.)

I usually read an Anne Rice book around Halloween. I think this year I'll go with The Witching Hour since I haven't read that one in a few years. Beautiful book, way over written (it's over a thousand pages, and I think there are as many characters, too) but by the time you get into the Mayfair family tree you don't care.

As for my Halloween rec, I have to go with Anne Frasier's Pretty Dead, which was my September book of the month. You don't have to read Play Dead and Stay Dead, the first two books in the series, to follow along, but if you haven't read them you're really missing out.

So what spooky read do you recommend for some fun Halloween reading? Got one of your own you want to tell us about? Let us know in comments.
Posted by the author at 7:00 AM