Sometimes writers have to stop writing. It happens, usually when you have to deal with a problem or event that can be best described by adding the letters sh to the first word in this sentence. I did last year in between my eye surgeries, first because I was too blind to write, and then I was healing and still a bit fuzzy-sighted (and by the way, if you ever need someone to put drops in your eye, I'm your girl.) Once you do stop writing often it can be difficult to start again, especially after a long hiatus from the page.

I learned what to do from another surgery that got between me and the work many years ago. I lost most of the use of my left hand after having a tumor removed, and since I was left-handed I had the additional burden of relearning how to do everything right-handed. Anyone who has been forced to do this will tell you it's not much fun. Hand writing was out of the question until I learned to write as a righty, and my typing was restricted to whatever I could do with one-finger pecking. That's why I didn't write anything for almost a year. I even stopped thinking about writing so I could wrestle the larger issues. 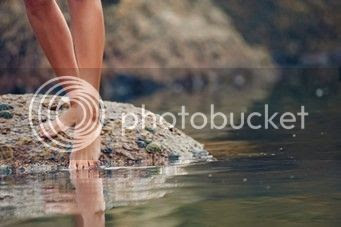 When at last I did have a functioning right hand and semi-functioning left, I sat down to write. I remember how disconnected from the work I felt, too. It was still in my head, like a huge inner ocean of stories, but I hadn't gone for a swim in so long that simply eyeing it scared me. I decided to cautiously dip my toe back in the writing waters by composing a first page. I'd just start a story and see what happened. What happened was three hours of sitting there and sweating and fussing over every word until I'd produced about 200 of them. Which were collectively so bad that I immediately trashed them.

The next day I was back to square one with nothing to show for my first try. I considered writing another cautious toe-dip partial, and promised myself it was purely practice, and gave myself carte blanche to write crap in hopes that would jump start my mojo -- all the bargains writers make with themselves to get back on the horse. And I wrote another toe-dip page with some lukewarm setting and some action about as exciting as yawning, and trashed that, and started to seriously question myself.

On the third morning I sat in my writing space for a while staring at the keys. Desperation hovered, wanting to set in. Or maybe it was writer's block; I'm not sure. One thing I did know was that I couldn't dip my toe in to test the waters again because that wasn't working. Neither were the bargains and promises I'd made with/to myself. So I decided to hell with it, and defaulted to the last resort. No more toe-dipping and thinking about it and worrying. No more thinking about it, period. I'd throw myself in the water and write a novel. A fun novel. A novel for me and no one else. 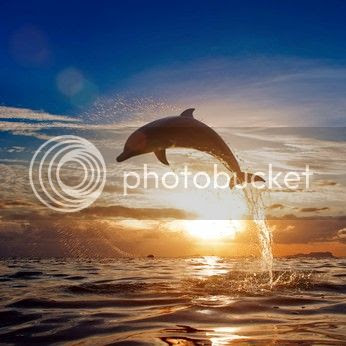 Four months and 468 manuscript pages later I typed the last page of that novel, gave myself a week off, and then finally read it. The beginning was complete and utter crap, and the middle crawled more than it should have, and the twist at the end was more of a wrinkle, but it was a novel -- a finished novel. And the next one I wrote was better, and the one after that was much, much better. As for that lame, for-fun novel I never published or even showed anyone, it remains the most valuable story I've ever written. If I hadn't thrown myself into it, I know I would have quit writing altogether.

The process still works for me, too. Last year In the Leaves was my 2014 post eye-surgery throw story. Rain Lashed was a throw story after another, earlier eye surgery. After I broke my foot and cracked some ribs during a bad fall down the stairs back in 2003 writing Deimos threw me back into the work.

Whether you use toes, throws or something in between, maybe the most important thing you can do after taking a long break from writing is to write anything, really. Whether it's 1 page, or 468 of them, you're doing your job, and bottom line: writing is what makes you a writer.

Toe dip: warrengoldswain
Leaping dolphin: vitaliy_sokol
Posted by the author at 7:00 AM