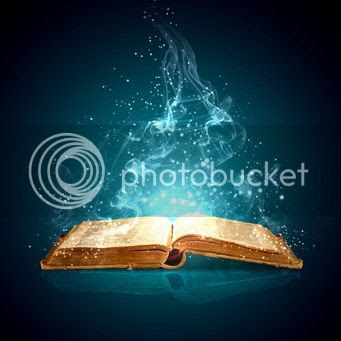 Ghost writing (also known as writing for hire) has a long and rich history about which hardly anyone knows anything, thanks to the skills and discretion ghost writers wield (as well as the invention of the non-disclosure agreement.) If we ghost writers ever formed a club we'd have some illustrious members, too: Sinclair Lewis, Robert Graves, Kingsley Amis, Katherine Ann Porter, Robert Jordan and Larry McMurtry, to name a few. H.P. Lovecraft was a ghost writer for Harry Houdini; Shel Silverstein penned one of Johnny Cash's most memorable songs.

Ghost writers are also responsible for probably 90% of the celebrity-authored books you buy, including those supposedly written by former Presidents and Secretaries of State. Sometimes an author is really a group or succession of ghost writers, such as Nancy Drew's Carolyn Keene, or (allegedly) anything with the byline James Patterson.

The first time I went ghost was for a minister whose ideas were great but who had trouble crafting them into effective sermons. He hired me to translate his concepts onto the page (which later led to me working as a transcriptionist for the author of a Little Golden Book; satisfied clients often rec you to others who need to hire writers.)

Most ghost writing gigs for individuals work this way; someone wants or needs to write something but doesn't have the skill to do so; they hire a writer who does it for them in return for a flat fee or an negotiated arrangement that can include royalties, shared byline credit and other perks. Writers who ghost for individuals often get no credit for the work, however, and in most cases are usually required to sign a non-disclosure agreement (NDA) that prevents them from ever claiming the work is theirs. I haven't done this sort of work since I turned pro, but it's certainly a lucrative type of ghost writing.

The sort of projects I pursue are those for clients who purchase the rights to the work and publish them under a trademark or pseudonym they own, which can be completely fictitious or belongs to a deceased or non-active writer (sometimes ghost writers are also hired to finish works left incomplete by writers who unexpectedly pass away, too.) Publishers, writer estates and other corporate/group entitites that are more interested in the product than taking credit for it generally opt for this sort of arrangement; one well-known example is V.C. Andrews, whose family hired a ghost writer to continue her series after her passing. Occasionally ghost writers who step in for deceased authors are given credit for their work, as Brian Saunderson was when he was hired to write Robert Jordan's final Wheel of Time novel, but generally speaking the same type of arrangements are made for these gigs as are made with individuals.

As these clients usually look for an experienced ghost writer these jobs are more difficult for beginning writers to land; the clients generally go through agents and you're often required to send in published work samples or do some audition writing. I've done three series now as this type of ghost writer, and it's generally a great source of reliable writing income (if you can get it.)

Discretion and confidentiality are absolutely job requirements for ghost writers. You may think it does no harm to tell your BFF that you're writing Gwyneth Paltrow's next cookbook, but when she posts a thrilled gush about it on Facebook you may find yourself in very hot water with Gwynnie (and her attorney.) If you can't respect and abide by your client's NDA then you have no business being a ghost writer, and you'll almost certainly end up being sued.

As to how to find ghost writing jobs, these days they're everywhere; they even post them on Craigslist now. Any job you find listed online is probably not going to pay very well, and will likely be glutted with applicants, but it's a place to start. So is advertising your services online. Building up a resume of ghost writing credits and making contacts can lead to better clients who are willing to pay more. To look for entry-level ghost writing jobs you can check sites like Elance or Freelance Writing Jobs, but again be prepared for a lot of competition.

Clients will frequently state what they're willing to pay upfront, but occasionally a client will ask you for a rate quote or you'll be invited to bid on a project, so you need to work up a list of reasonable charges. You should also consider that every ghost writing job is different, so it's best to find out first exactly what the client expects from you, how long you estimate it will take you to do it, and then quote a price. Also have a professional resume and some writing samples and excerpts of your published works prepared to send to your prospective client. Your writing samples should be pieces or excerpts that showcase your particular talents as they apply to the job in question, such as some really great blog posts for a client looking for content.

How you calculate your rates is also important. If you go with minimum wage to write a 100K novel for a client that you estimate will take you a thousand hours, that works out to $7250.00 here in the U.S., but you'll find very few clients willing to pay that much (or wait that long for a project.) If you go with a per word rate, such as three cents, that works out to $3000.00 for the same job. Turn around time is also a factor; most clients generally want the work delivered quickly, and some have very tight deadline requirements. Always get a deadline schedule first and be sure you can stick to it before you commit to any writer-for-hire project.

As to what sort of jobs you should work as a writer-for-hire, that's up to you. My advice is to be sure you're okay with the arrangements you make with your client, and how your work will be used once you turn it over and take payment. Also, be aware of the potential fallout if anyone ever discovers you're the real writer behind any byline (and if you're not okay with being exposed as the author of any work, don't take the job in the first place.)

Writing for hire is writing without any excuses or safety nets; there is usually no room in a ghost writing gig to be a diva or have a bad writing day or give up on something in mid-project. If you're easily blocked, you don't care to be told what to do, or you think you know how to write better than anyone on the planet, then ghost writing is also probably not for you. If you're not sure if you'll like it, try a small or short-term project first (writing product descriptions, short blog posts or small amounts of copy are great tester jobs.)

Okay, any questions that won't violate my NDAs? Ask away in comments.
Posted by the author at 7:00 AM