I was out in the yard snapping photos of the sunset when I noticed something glittering over my guy's spare trailer: 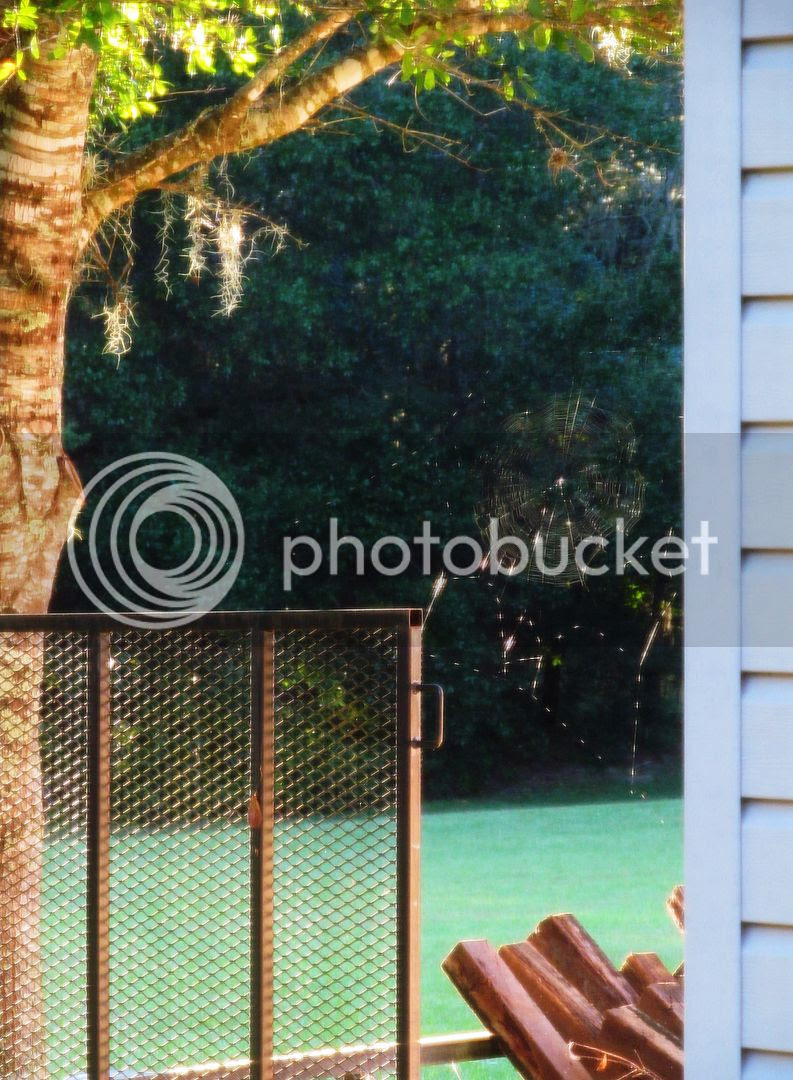 The web was enormous -- probably six by eight feet in size -- and glowed like spun gold: 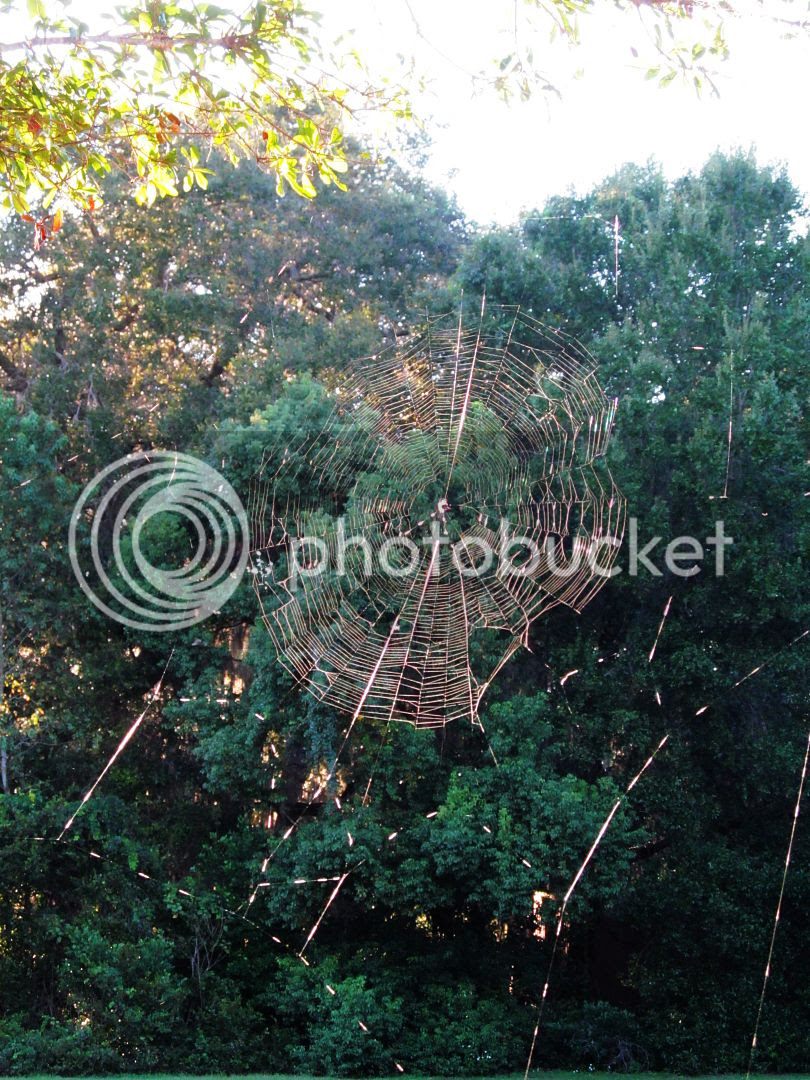 I thought it might have been built by one of the big orb weavers in our yard, but on closer inspection I found the maker in the very center of the web: 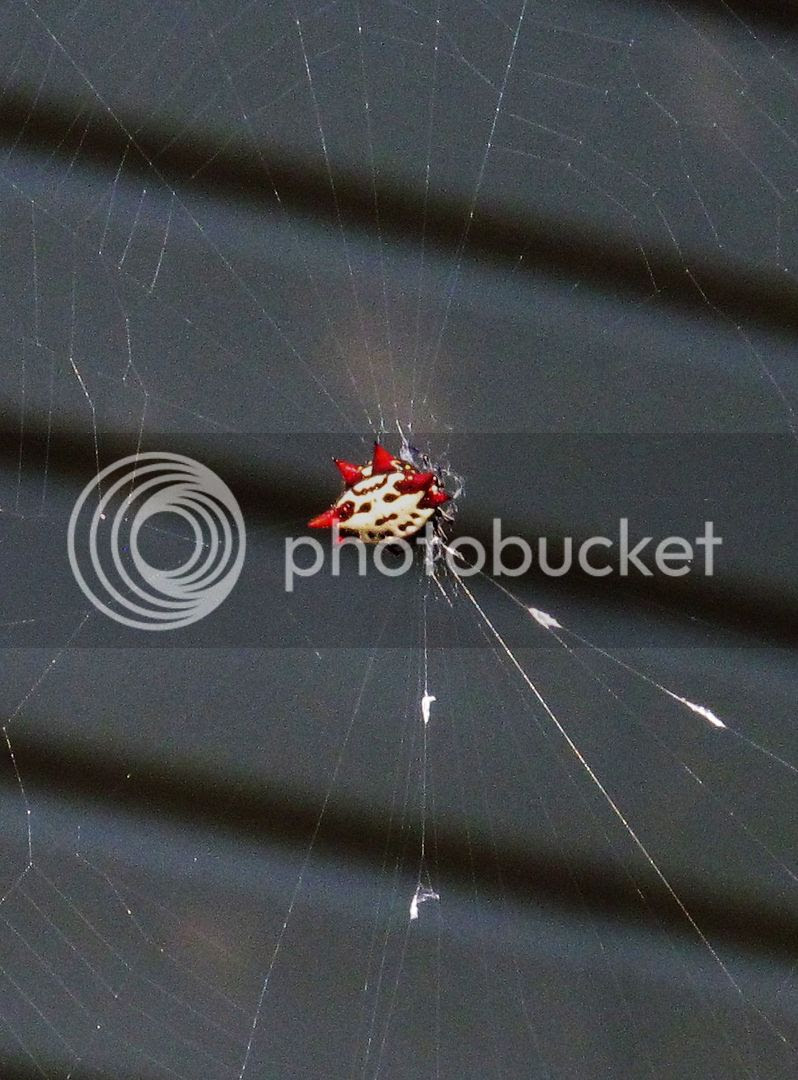 We call these little critters crab spiders, although they're actually a type of orb weaver called a spinybacked, or properly known as Gasteracantha cancriformis (Linnaeus). These spiders are extremely small; the largest I've ever seen was about as big as an M&M. This spinner was even tinier; I'm guessing she could lounge comfortably atop a pencil eraser.

Why this crabby little gal feels compelled to build such huge, intricate webs, I can't tell you. There's probably some scientific reason to explain it all, but when you look at it common sense tells you it has to be exhausting for her. Why doesn't she spin something smaller and less ambitious? It would certainly be easier, less noticeable and she'd probably get by just fine. All this work she does instead seems almost foolish.

Now imagine the spinybacked orb weaver as a writer, and the web she spins is the work. She could probably get by doing a third of the labor, sticking to modest expectations and producing something safe and sellable that won't attract a lot of notice. Many writers do, and make nice careers that way, and likely have comfortable, happy lives. Nothing wrong with that. Nothing at all glorious or memorable about it, either.

Anyway. There are no shortcuts for the spinybacked orb weaver. She stays true to her vision, does all the work involved and creates something extraordinary. For the short time she's here, she gives it her all, and I can't imagine she has any regrets. She might be small, and not particularly attractive, but she builds castles of silk and light in the air. Even better, she lives in them.

And as a template for the writing life, you don't get much better than that.