I get some of my best story ideas at the local home improvement store, where I always make a point to stop by the paint department. Paint manufacturers have some of the most creative marketing people of any industry, and they're always finding new ways to not only name colors but also combine them into palettes that reflect a certain trend or mood.

On this trip I was simply looking for color inspiration for a character who so far has been resisting my efforts to properly visualize her. Sometimes putting together a personality-type palette helps me make that jump from knowing the character to actually seeing the character in my head. We didn't have a lot of time for me to stand and stare paint chips, though, so I collect some of the idea folders and brought them home to brood over. 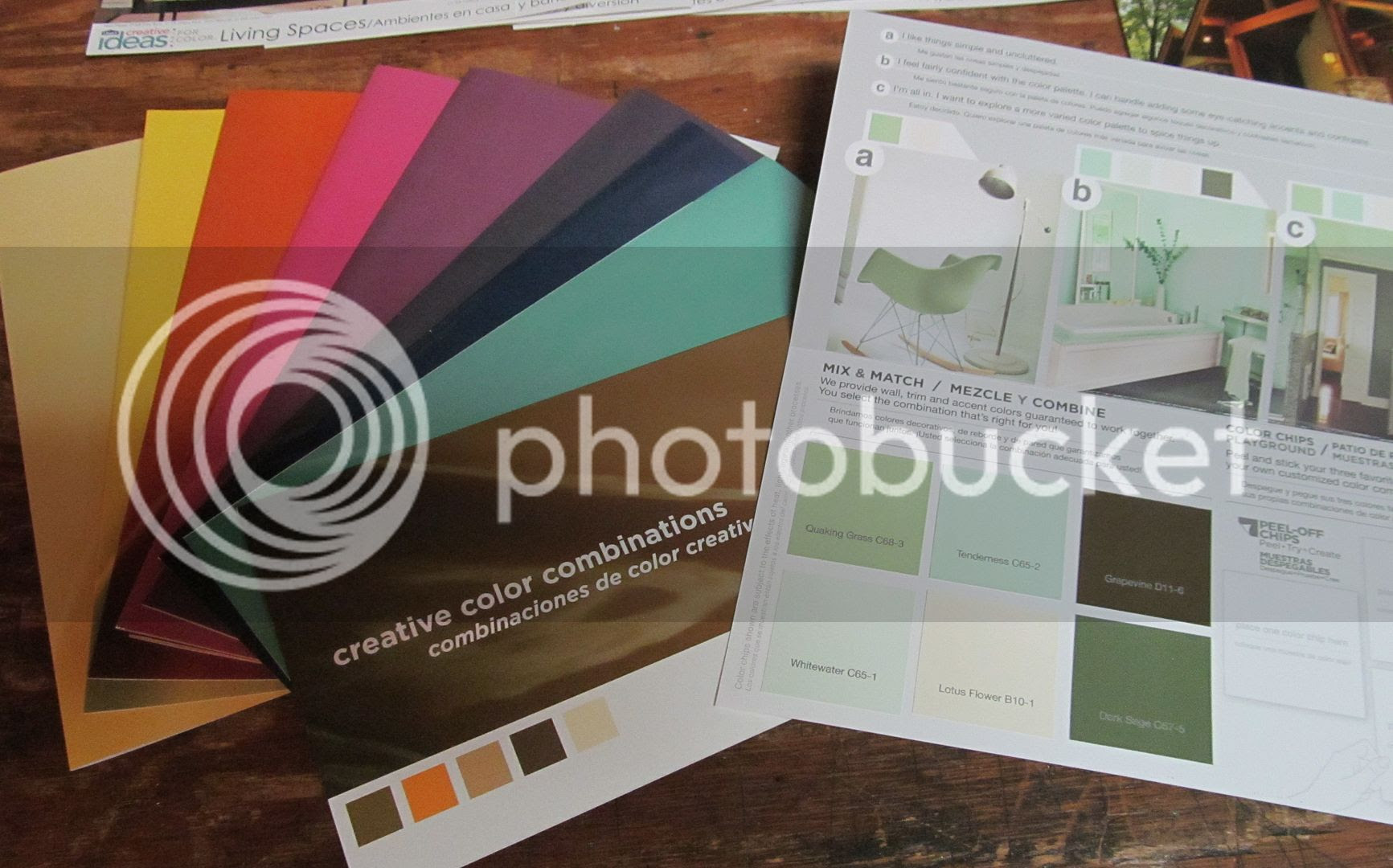 Olympic paint has recently done some marvelous things with their color line: they've created little color palettes with removable, stick-on chips you can transfer from the idea folder to something else. I've always cut out the chips and clipped, stapled or glue-sticked them into my novel notebooks, so this was super convenient for me. It also allowed me to mix colors from several different collections into my own custom palette. Valspar's latest idea cards show a four-color palette next to a room where they've been used, which can be very helpful when you're trying to create a setting. If you're not crazy about recombining colors, these cards can give you some ready-made palettes to use for characters, too.

Olympic also has folders with design and decorating ideas to reflect a certain lifestyle (creative, easy, global, serene and techno are some examples.) These folders contain eight-color palettes (with more of the removable, sticky-backed paint chips), rooms in which the palettes were used, as well as textures and ideas that make them work. These are worth picking up just to see some of the amazing rooms they put together.

I also found a new resource on this trip that is going to be extremely helpful to me personally; a folder of paint chips showing Olympic's line of semi-transparent wood stains. For some reason describing variations on the color brown are especially challenging for me, and after writing fifty books I feel sometimes that I've used up every creative word that means brown. In this one folder there are 48 chips for different shades of brown, and while some of the shade names are not new to me (russet, mushroom, black oak), others (weathered barnboard, clove, driftwood) are. Seeing all of them together gave me the push I needed to think about the color brown differently. 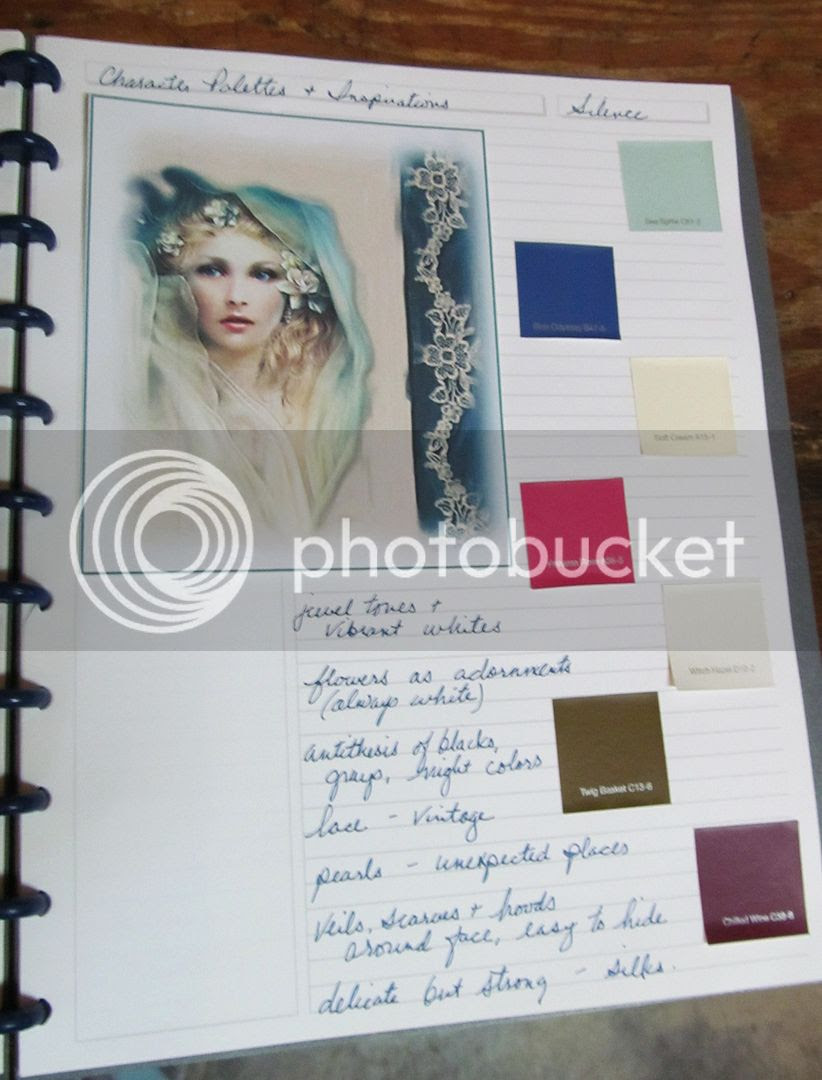 Anyway, back to my image-resistant character. Once I was home and could play with the paint chips, I built a palette for the character that simply felt right -- two shades of blue, two shades of warm whites, a vibrant rose, a dark violet and a cool brown. I then kept that palette in my head and went through my character idea folder with all the body- and face-model images I've been collecting as possibilities for this character, and there she was -- an image I almost didn't put in the folder because it's almost the exact opposite of what I assumed the character would look like.

This character is dark, troubled and very conflicted inside, but building the palette helped me see her from the outside, where it doesn't show. I already knew everything about her is kept hidden and silent, but I didn't think about how that could be expressed (and camouflaged) by her appearance. She looks like a creature of light and mystery; delicate, vulnerable and even a little helpless -- which she certainly is not on the inside. This character's palette doesn't reflect who she is, but rather who she wants to be. That was something I needed to learn before I could see her properly.

Using color palettes to build characters forces you to rely on your writer instincts, and allows things that may be lingering in your subconscious emerge. That's the most valuable aspect of playing with colors; they connect to us on different levels and inspire us to take new directions. They can also help us discover things we know but we haven't yet put together into a cohesive construct. So the next time you have to pick up something for home improvement, stop by the paint department and see what stirs your imagination for story improvement.
Posted by the author at 12:00 AM