Sometimes when I'm working on the porch I get the feeling I'm being watched -- and sometimes it turns out that I am: 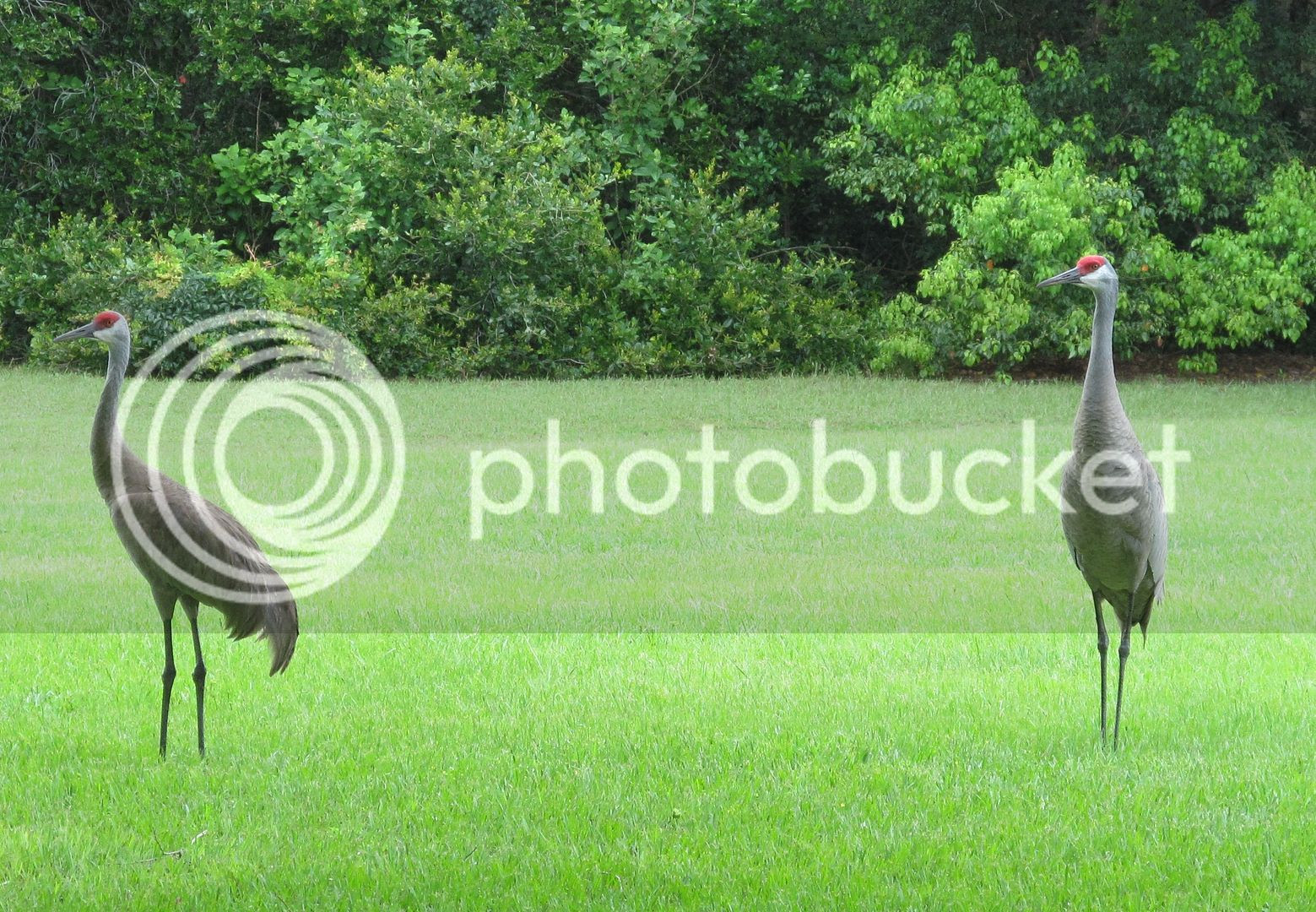 Our dog Cole has already chased these two cranes from our yard twice this Spring, but they keep returning to stroll across the property like a couple of supermodels. They also don't mind so much being photographed, but I'm still careful to keep my distance and use the zoom. I think this one might have been snickering a little at me: 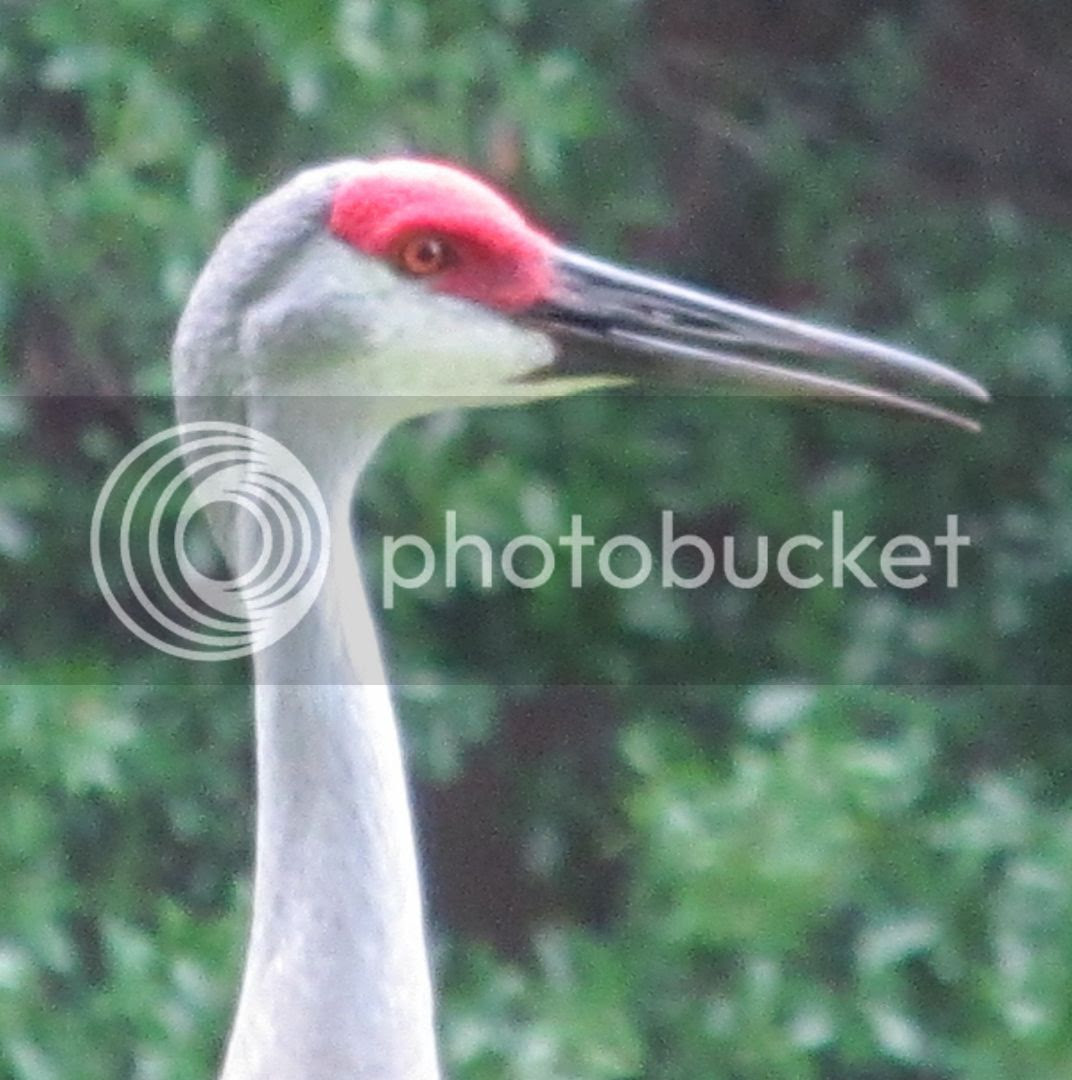 Playing polite paparazzi to the cranes has also helped me notice more things about them. At first glance they look identical, but they have very different personalities. One is cautious, easily-spooked and almost tiptoes through the grass; the other is aggressive, loud and always seems to be looking for trouble -- but he's also very protective of his partner (I'm guessing he's the male): 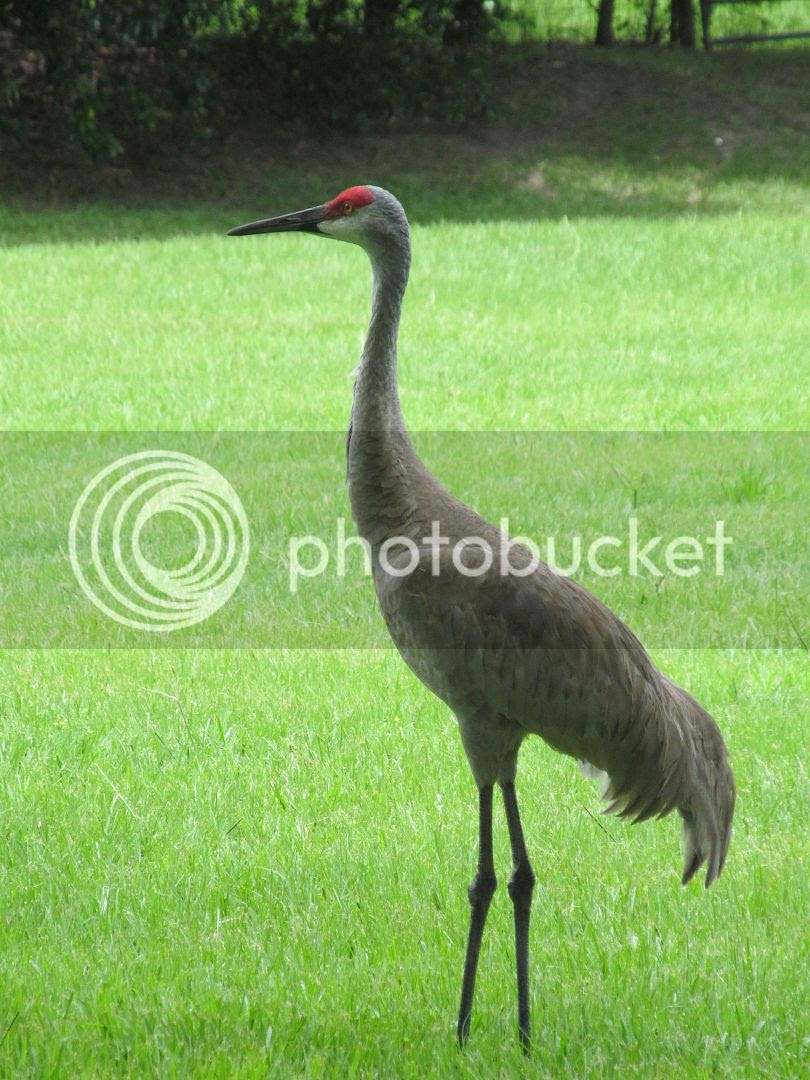 Seeing how they interact with each other is teaching a lot about partners -- and not just the romantic variety. They never eat or preen at the same time; one always stands guard out while the other digs for bugs or neatens the feathers. When they fly off, however, they match each other's moves and stay within two feet of each other in the air. They also squabble now and then, but never when they can see me watching them (which I suppose is like an old married couple.)

I've read up on sandhill cranes and discovered some surprising facts about them, such as they eat just about anything, from mice to snakes to bugs, but it's illegal in my state for humans to feed them (not that I ever would; I just didn't know it was against the law.) They live for as long as twenty years, and I've known this pair for ten, so they're probably middle-aged. These cranes are also so territorial they will attack their own reflections, which is why they sometimes damage cars and windows. Watching them together has taught me a lot that isn't in the books, such as I have never once seen them apart, and yet they still call to each other across the yard. I can't tell if they're having a conversation, doing the mating thing or simply feel nervous, but no matter what they do I get the sense that they're always focused on each other -- true partners in every sense, caught up in their own story. 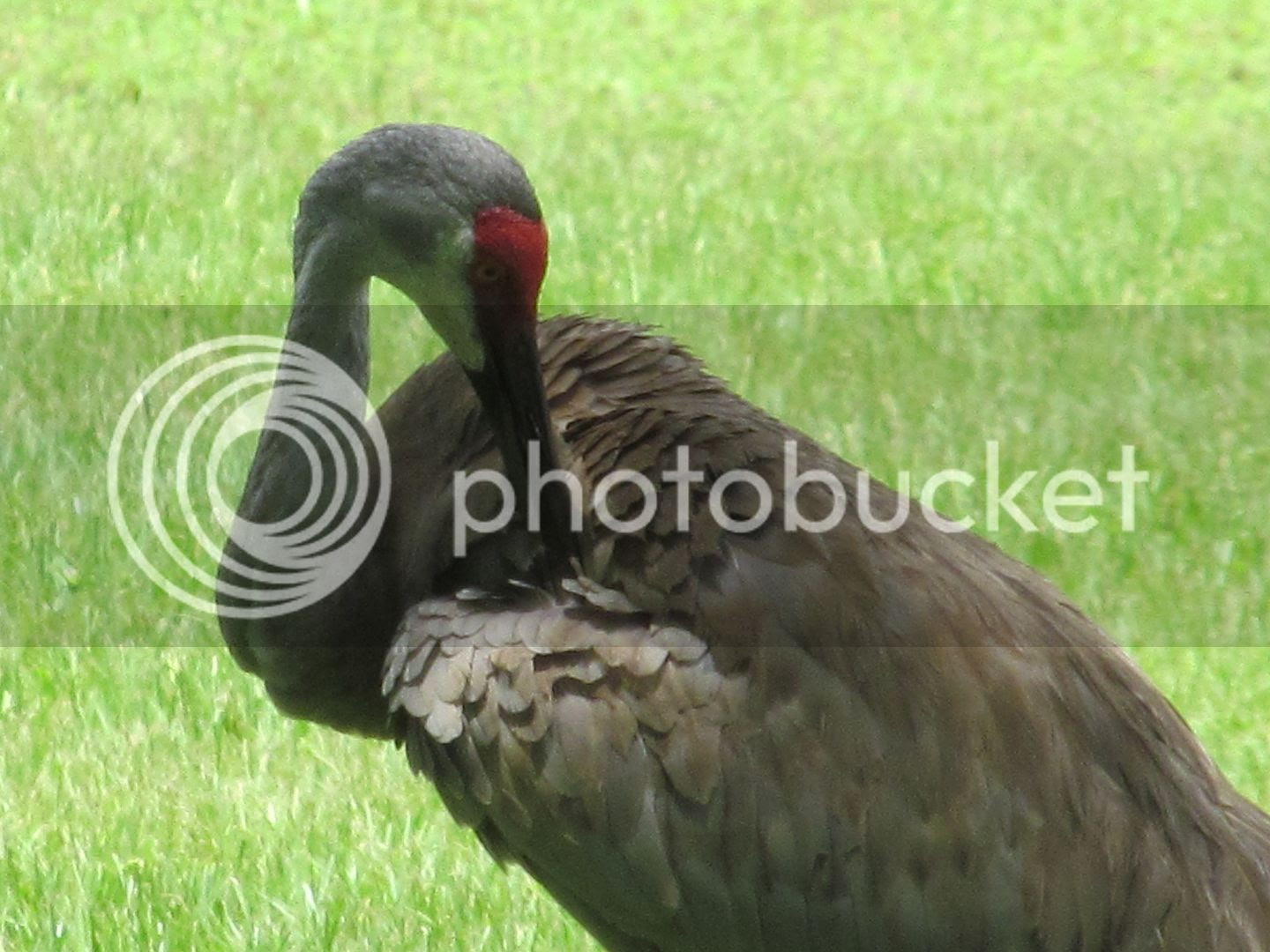 I just wish I could do this when I get an itch on my back.
Posted by the author at 3:33 AM