The doves are backing having babies again: 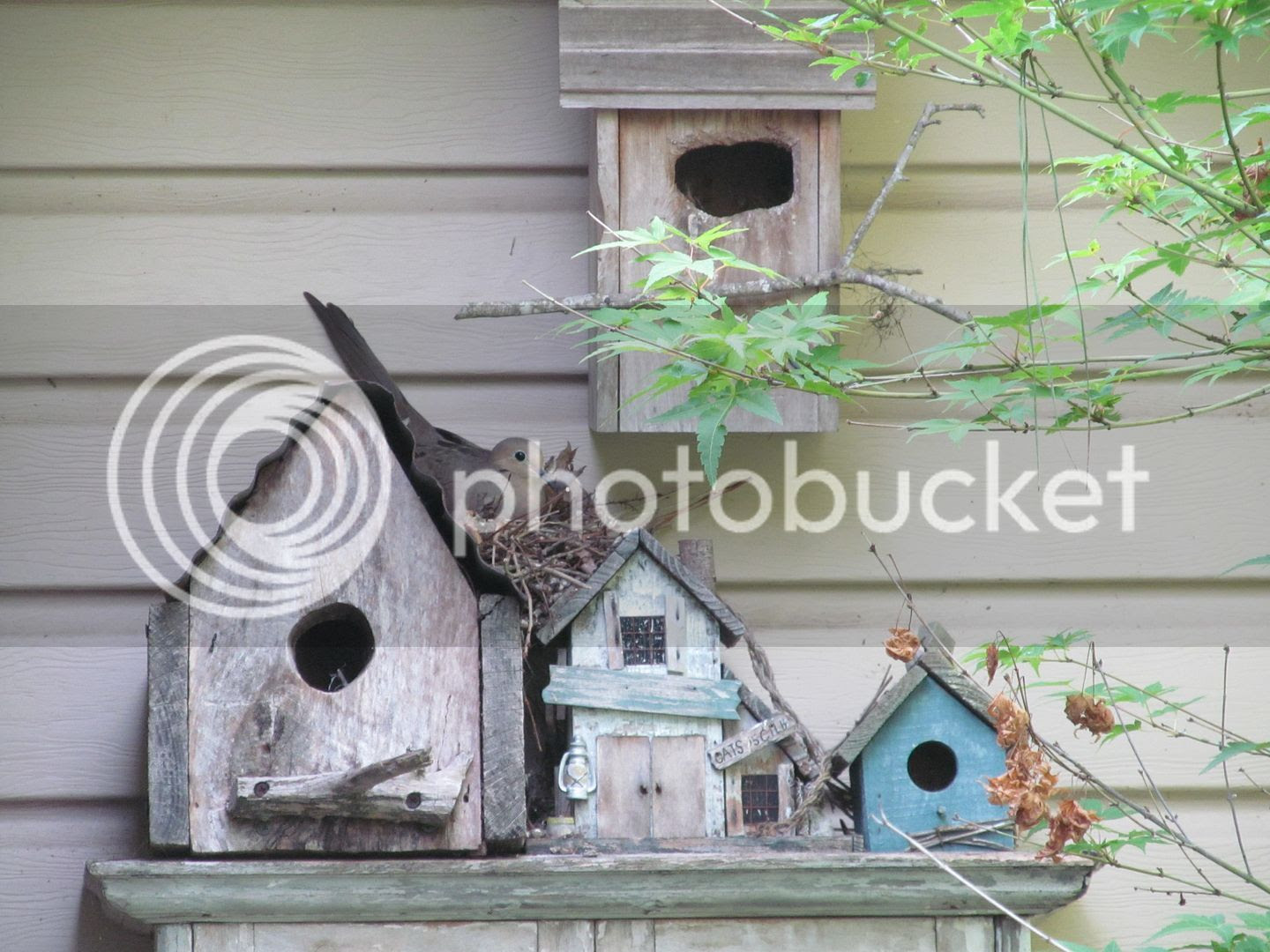 I've gotten so used to this now I don't even blink when I see her up there. We also decided to leave the nest intact after the last batch because as precarious as it looks, it's actually very secure, and there have been no baby dove casualties. It's also in a spot that is well-protected from the local predators (probably why the doves keep coming back, too): I don't think this is the same dove, however. Here's a closeup of this new Mama: 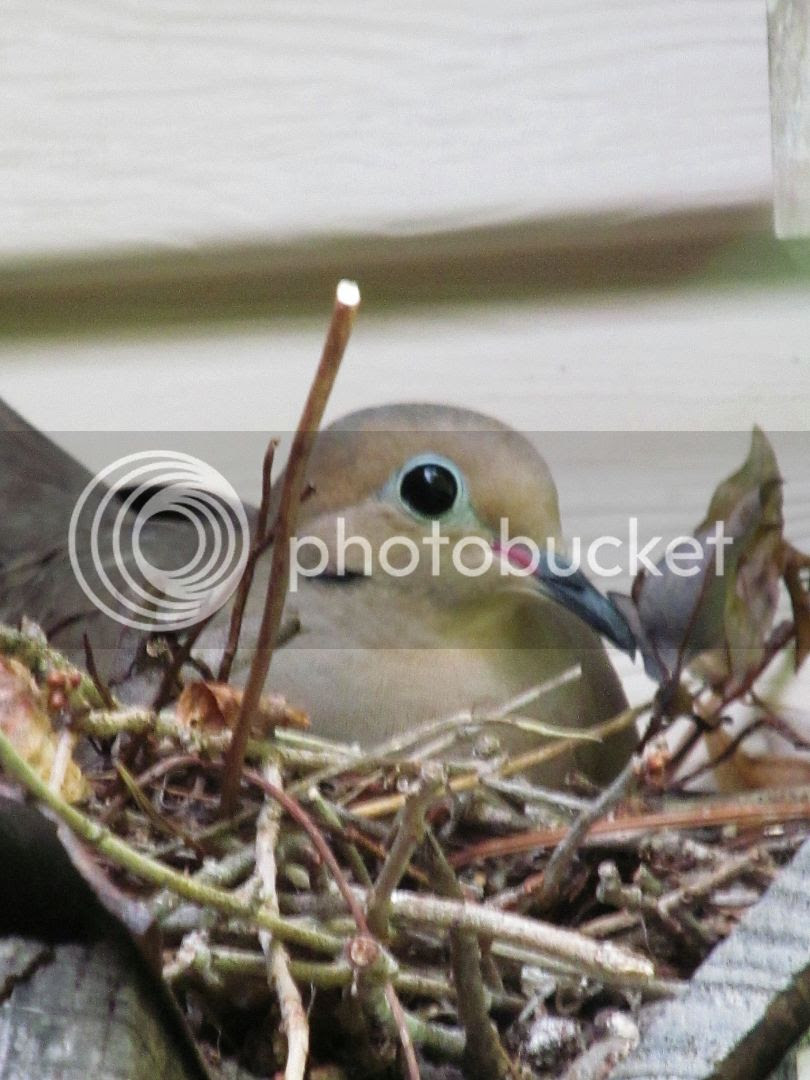 Now here's a closeup of the Mama dove from the three previous nests: 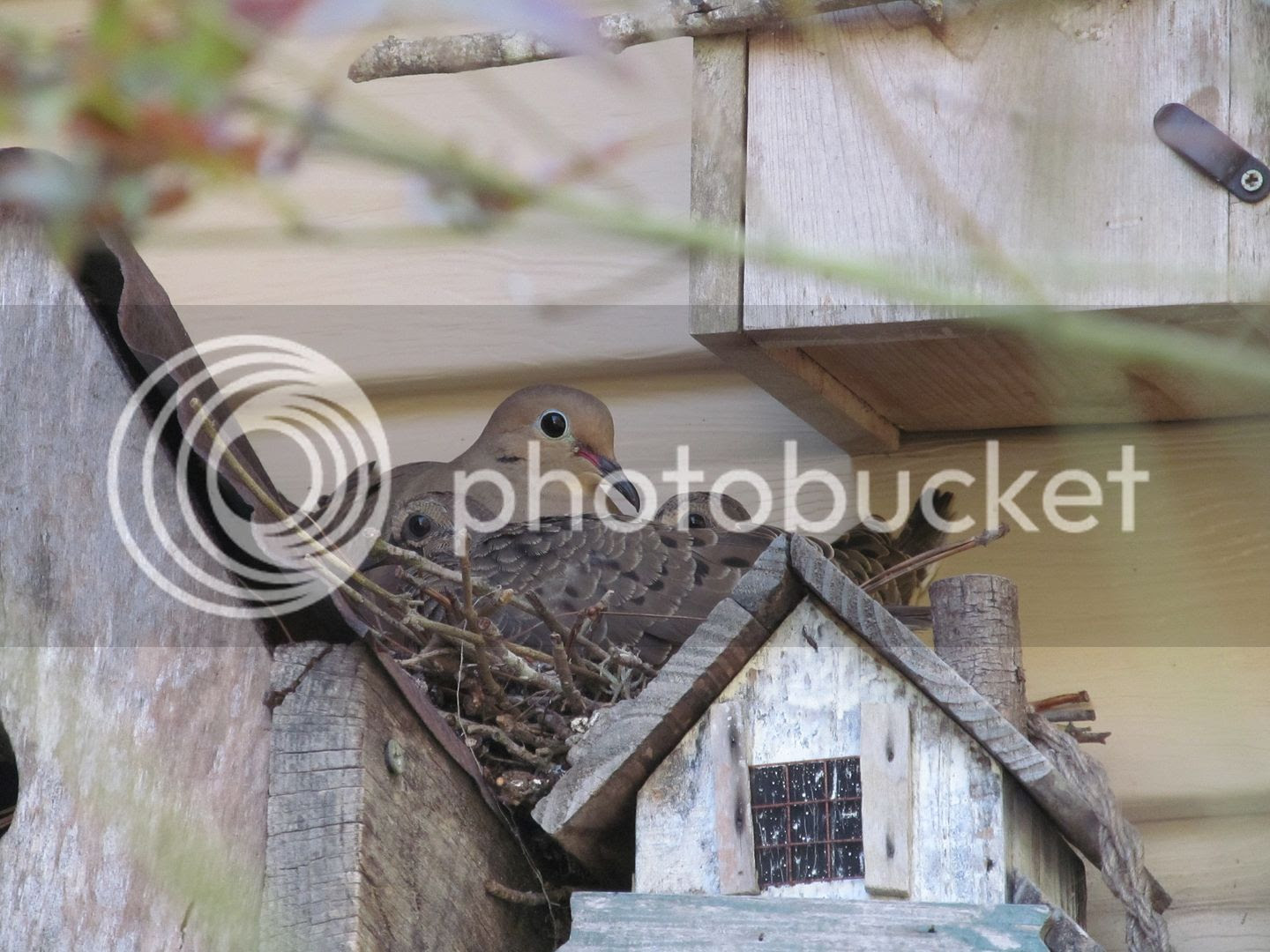 The new Mama has a lighter throat and different markings, and the pink on her beak is more pronounced, so either she's gotten a lot of sun lately, or she might be a female from one of the previous clutches. What do you guys think?
Posted by the author at 12:00 AM