Photography has taught me a lot about writing. Through the camera's lens I see the world and use its functions try to capture my vision of it as a permanent record. But not everything I see properly translates that perspective. For example, this picture: 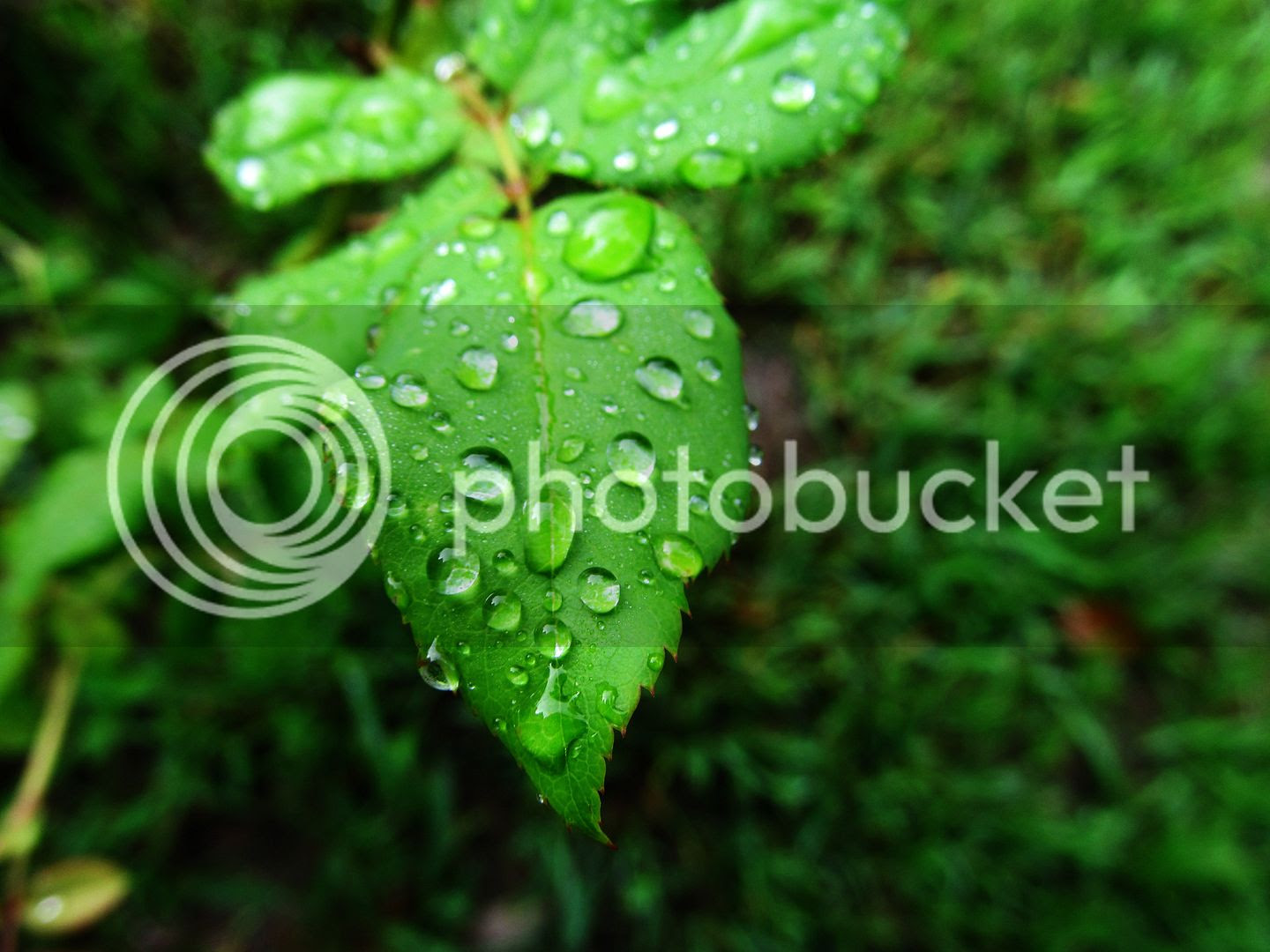 This is a leaf on one of my rose bushes, covered with early morning dew. At first glance it's okay but really nothing special. Yet when I focused the camera a bit closer, more details came out, such as the structure of the leaf, at points magnified by the dew drops. The colors also seemed more intense, and new things became apparent that I didn't notice when I snapped the first pic. I couldn't see the very tiny drops of dew surrounding the larger ones until I zoomed in and snapped this: 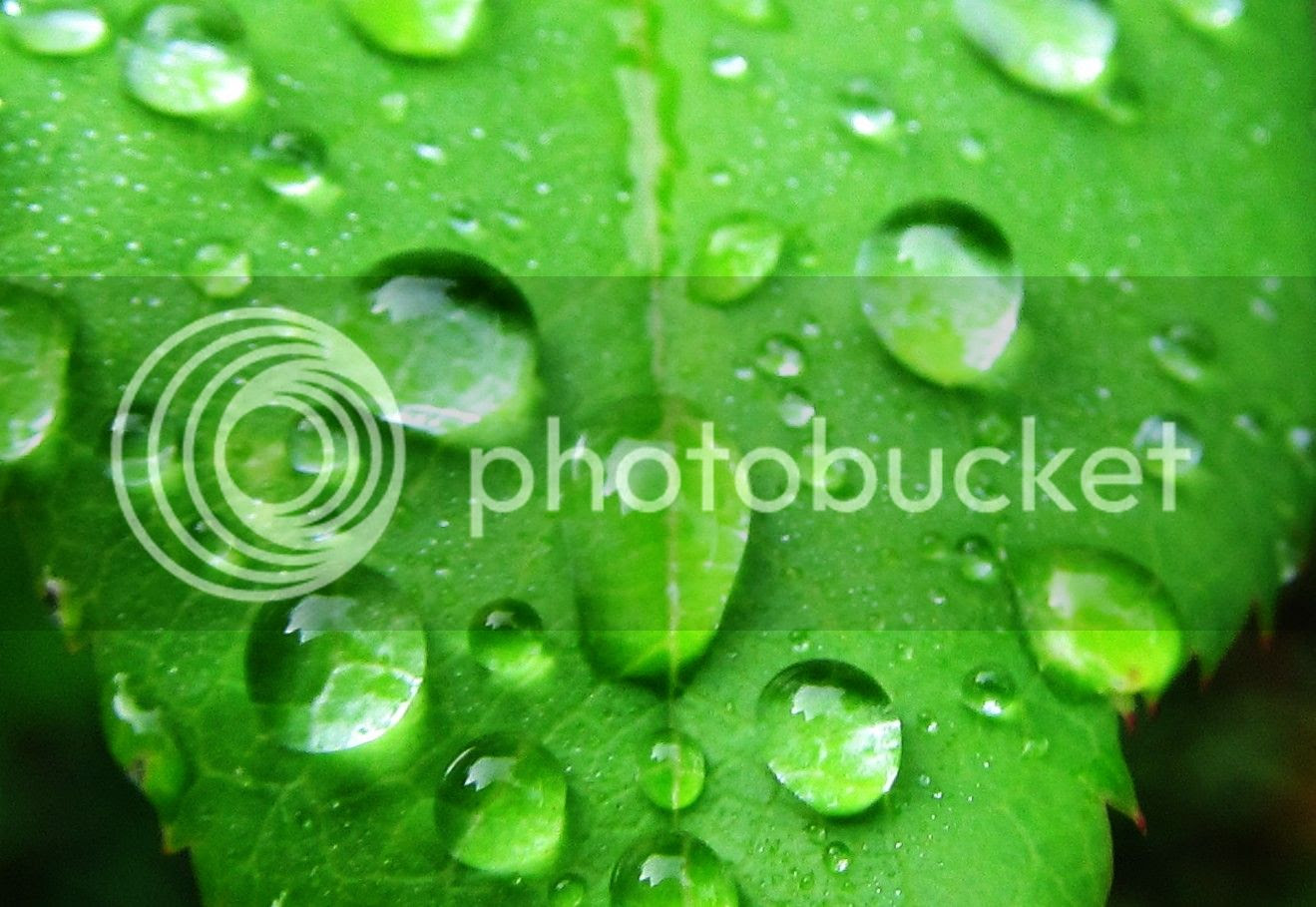 Getting closer gave me a better perspective and allowed me to bring out more of what was special about this otherwise ordinary sight. The delight of that made me decide to go in even closer (via Photoshop) and isolate the universe contained in just one dew drop: 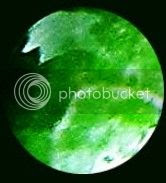 Not much of a universe, is it? That's because I went in too close and blocked out everything else and ended up with a kind of fuzzy circle that is even less interesting than the first photo. Worse, if that's all I showed you, you probably wouldn't know what it was.

Everthing you write should present mental snapshots to your reader. If you keep your distance and don't focus, all they get is a very general (and typically blasé) idea of your vision (which is the first photo). On the flip side, if you focus too much and zoom in too close, the reader has no context and probably won't recognize anything (as in the third photo). So story that emulates the middle photo, where you see the obvious and some of that which is not so obvious, is the ideal balance.
Posted by the author at 12:00 AM