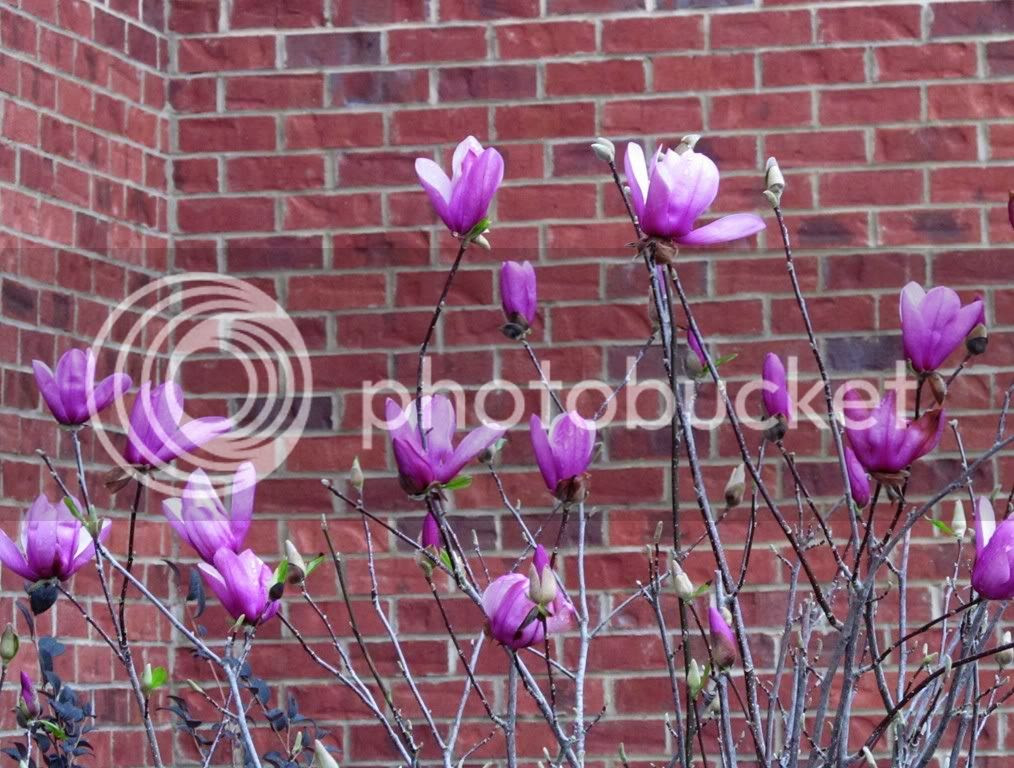 While on the road I took a few pictures whenever I saw something interesting. I was behind the wheel for most of the really spectacular scenery, so I didn't get any of that, but I did look around whenever we stopped.

It was too cold for flowers to be blooming, so I was surprised to see these brave beauties opening in front of one hotel. I liked the contrast of the petals against the brick building, and how jarring it was to see such a determined sign of spring in the midst of a lot of stick trees and frozen ground. Reminded me a bit of my cranky rose bush back home, which flowers whenever it pleases, weather be damned. And who planted this, I wondered, and why was only this bush blooming? I wrote all about it in my journal that night, and I think I might play with it a bit more and see what comes out of it. 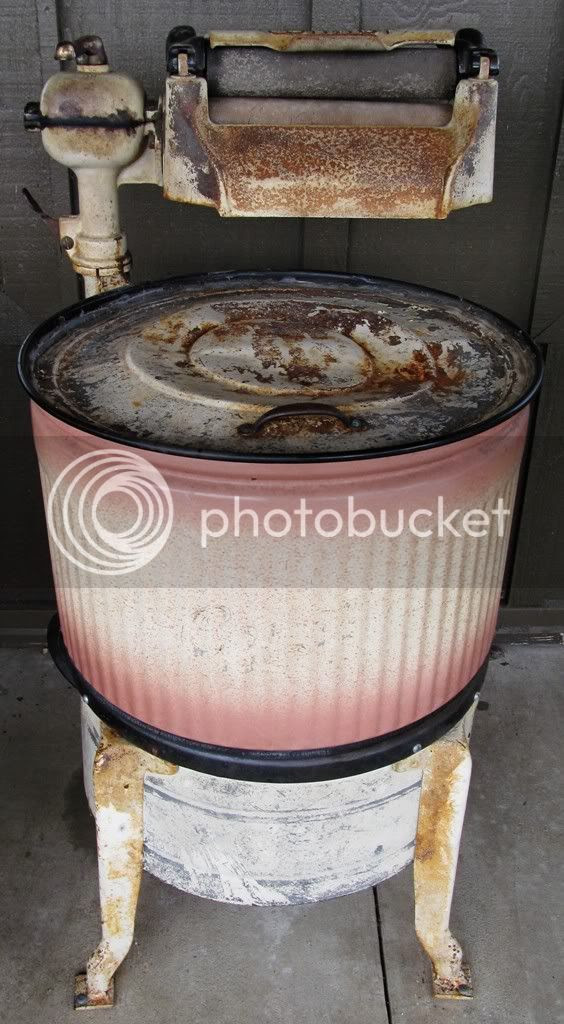 My mom spotted this rusty old workhorse outside the restaurant where we stopped for lunch. She claimed she used to have one exactly like it, and launched into kind of a gruesome story about how women back then used to get their fingers caught in the rollers. It made me take a solemn vow to never again complain about doing laundry in my nice new fully automatic washer.

Then I got an idea about a girl doing laundry during the Depression, and how her clothes went into that old washer ragged and threadbare but came out through the wringer as something very different. A play on the old Rumpelstiltskin fairy tale, but with a definite Americana twist. I got out my notebook and jotted down a quick outline of the idea before we left. 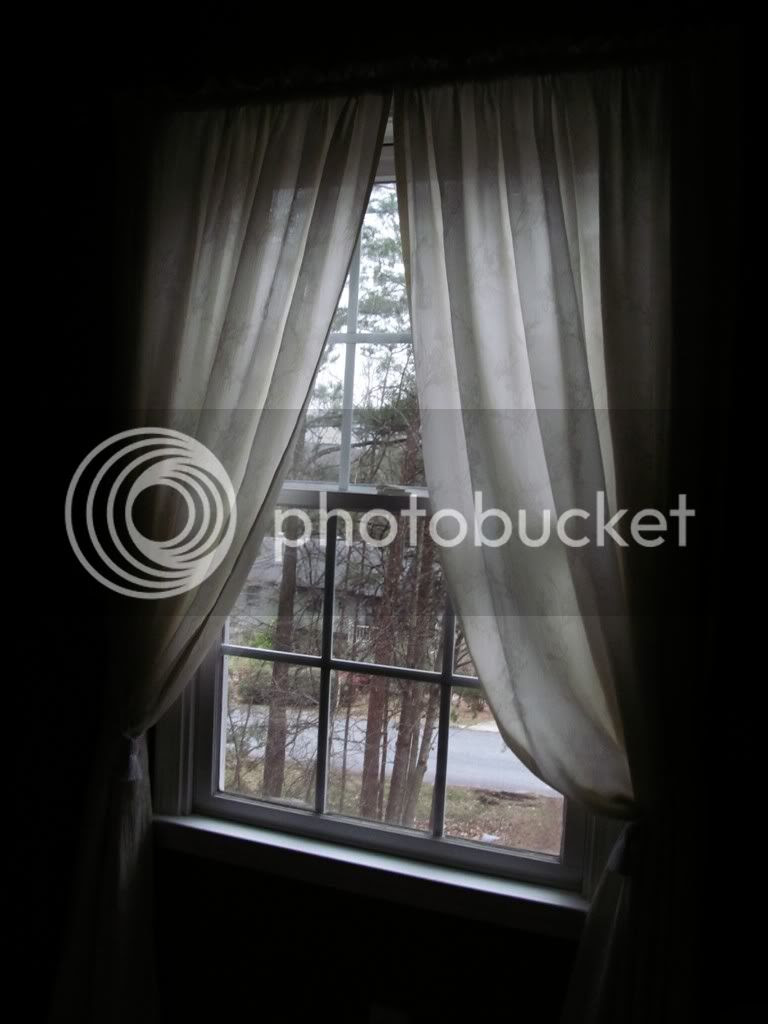 This is a shot of the window of a guest room I stayed in at a family member's house. It was late afternoon when I took it, and the room was fully illuminated, but the light is different in the mountains. After I had the shot the display on my camera showed this rather spooky view.

If a house is filled with shadows, all the windows might look like this; like portals to another dimension. I love windows because they're the eyes of the house, and they never stop watching the world even when someone draws the blinds. And suddenly for me blinds took on a whole new meaning, and more notes had to be scribbled down.

Not everyone can take a four-day road trip to find interesting stuff to photograph, but you don't have to. Story ideas and writing prompts are all around us every day. This afternoon I saw a license plate on a car at the market that gave me a new character name, as did the name of the little town in Washington state that showed up on a package that came in the mail. It's not so much where you are as it is what you're paying attention to in your corner of the world. You don't even need a camera; just be open to the possibilities, and story ideas will start popping up all around you.
Posted by the author at 12:00 AM