I'm back and mostly recovered from road drag (like jet lag, only harder on the lower back.) The weather was not especially great for long-distance driving, and I never again want to navigate my way through the mountains in the freezing rain and pitch-black darkness, but all's well etc.

A couple of months ago I ordered my reward for finishing my latest book, and weirdly enough it arrived a few hours after I turned in my revisions to my editor: 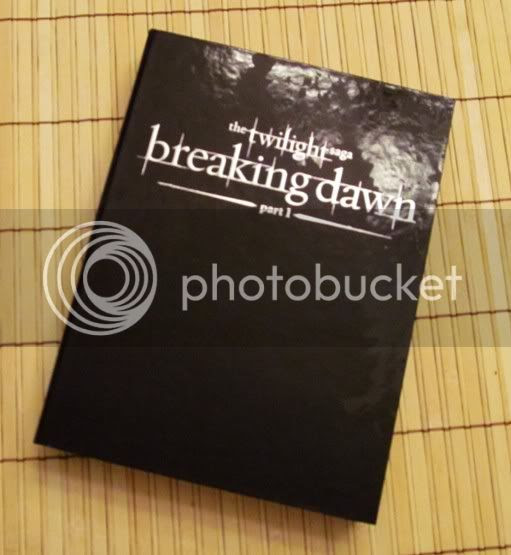 I didn't get a chance to take my kid to see Breaking Dawn part 1 last year when it came out in the theater, and although she's really outgrown the whole Twilight thing I thought we'd watch it together to see [part one of] how it wraps up. I didn't realize I'd ordered the collector's edition, though; I just clicked on the DVD edition that came with a $5 rebate. I like rebates.

When I took the DVD out of the shipping box it felt rather heavy, so I opened it to see if the discs were made out of marble or something. Inside was the usual shot of the star-crossed menage plus a couple of ordinary discs: 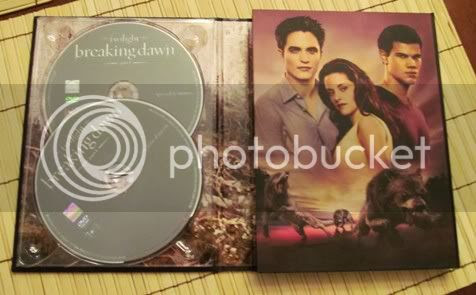 But under the pop out wedding scene in the center I found this: 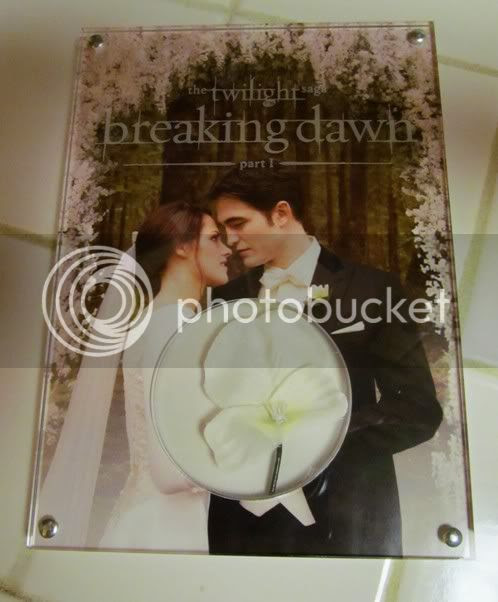 It's a real fake flower from the real fake wedding in the movie; an actual prop from the film. I know this because a certificate of authenticity is also encased in the acrylic holder; I got bogus bud #19124. While it's not especially rare -- going by the numbers there are 157,999 other collector's editions out there -- I admit, I was kind of charmed. I've never before owned an authentic movie prop. My fake flower is a little flat-looking; maybe Bella stepped on it on her way to the altar. Or sat on it at the reception. There was a reception, right? How do vampires have a reception?

Anyway, I showed it to my kid, who also thought it was neat. She was a bit puzzled over the reason for my purchase, though. "I'm kind of over the whole Twilight thing, Mom," she said, "so why buy the movie?" Before I could make an excuse, she wagged a finger at me. "Aha! You never finished reading the last book."

"I've been busy," I told her, and that was true enough. And while I sincerely admire Stephenie Meyer for getting so many teens to read, and wish her all the best and much continued success, nothing on this earth could convince me to pick up that novel again.

The fake flower is pretty cool, though, and I think it shows some true inventiveness on the part of the Twilight marketing team. For diehard fans of any age there's probably nothing quite as exciting as owning a tiny piece of something that is so significant to them.

I've been working on my own modest assortment of promo items for the release of Nightborn. I decided to go with things I love to do (read, quilt, assemble, bead) and use what skills I have in those departments to design, make and/or put together my giveaways. I've also come up with a special Nightborn design of my BookLoop to give away with every book I sign, which makes that a (very limited) edition collectible. And while my promo will never match the plethora and distribution of Twilight fake flowers, I think readers appreciate having a one of a kind item just as much as the mass-produced variety.

What do you think of collectibles for readers? Let us know in comments.
Posted by the author at 10:46 AM