As you may recall, back in May I set a challenge for myself to come up with a new design for the standard bookmark. My objectives were to cook up an eye-catching design that would be easy to use and fun as well as functional. I also wanted a bookmark that wouldn't slip or fall out of place when the book was moved.

My first idea came along as I was sitting on the porch one morning watching Cole chase his tail. He likes to bite onto it and turn in a circle while holding his tail in his mouth; at the time I was thinking I really should have named him Ouroboros. That's when inspiration hit: what if I could design a bookmark that held its place by biting some part of the book -- or itself?

I sketched a bit, and initially came up with this design(click on any of the following images to see larger versions.) As for naming it, I thought of the Tale Holder or the TaleMark, but decided to go with The BiteMark as it was funnier. 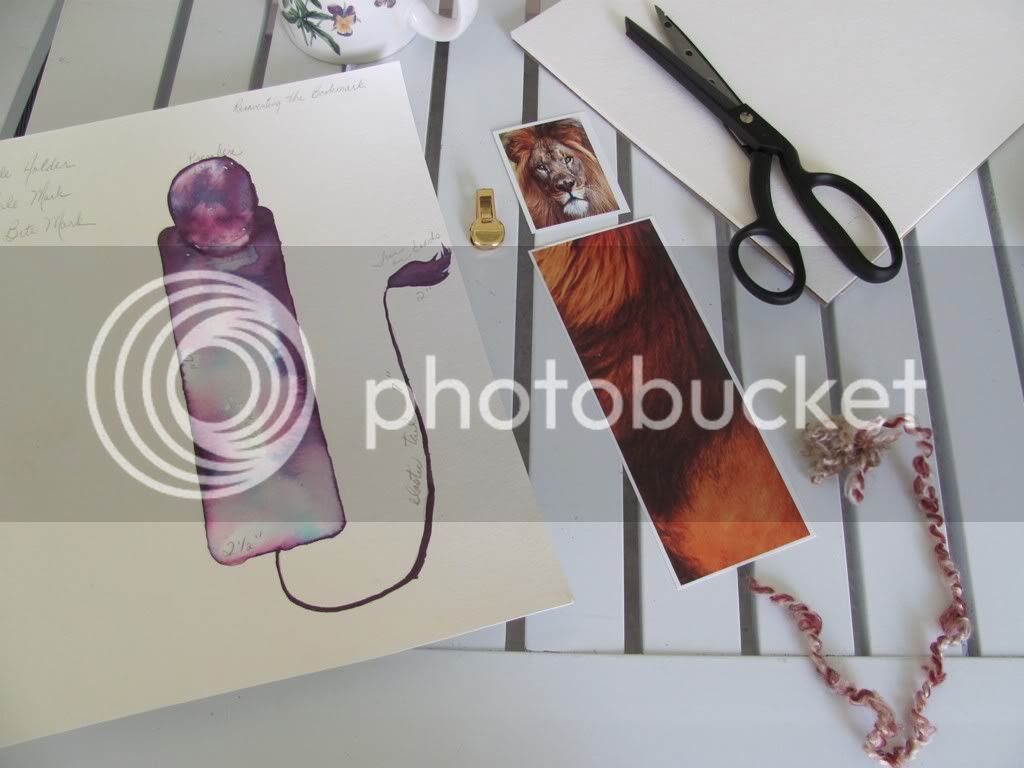 The body of the BiteMark (here shown in the same dimensions as any standard bookmark) goes in the book. The head of the BiteMark sits above the top edge of the book, taking the place of the traditional tassel, which I moved to the bottom to serve as a "tail." By using a simple clip mechanism on which the head is mounted, the reader can secure the BiteMark in place by having the head bite the tail. Since the tail is long this makes it easily adjustable.

This is a paper mockup of what one would look like: 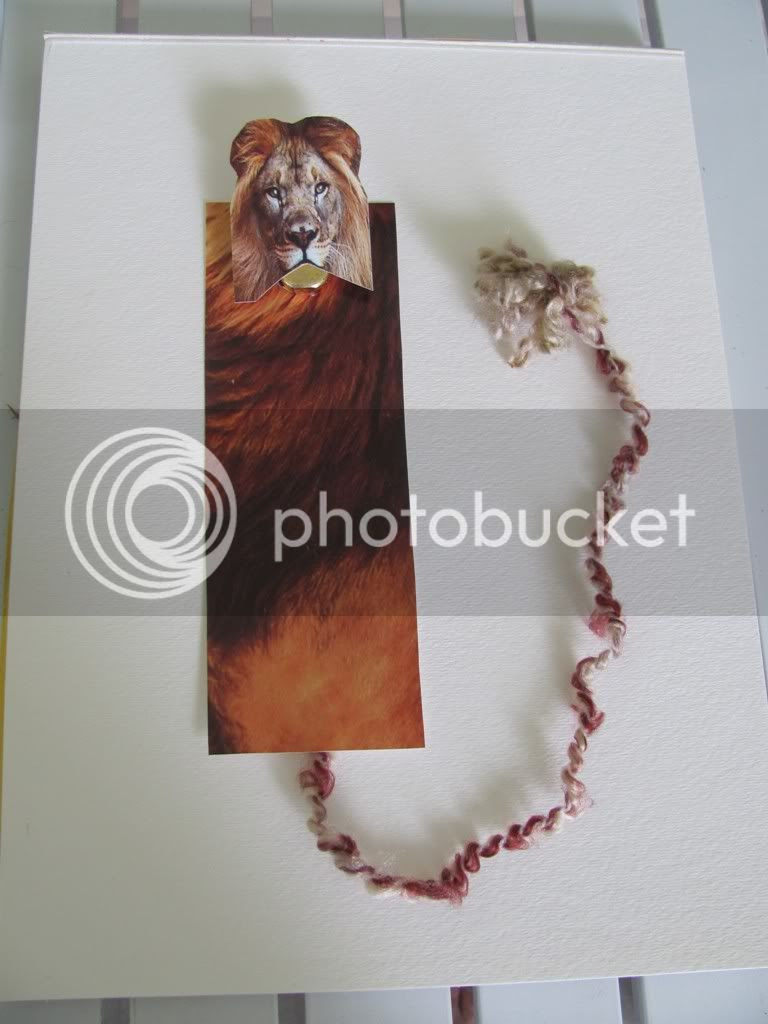 Here's what it looks like marking my place in Marjorie M. Liu's The Fire King: 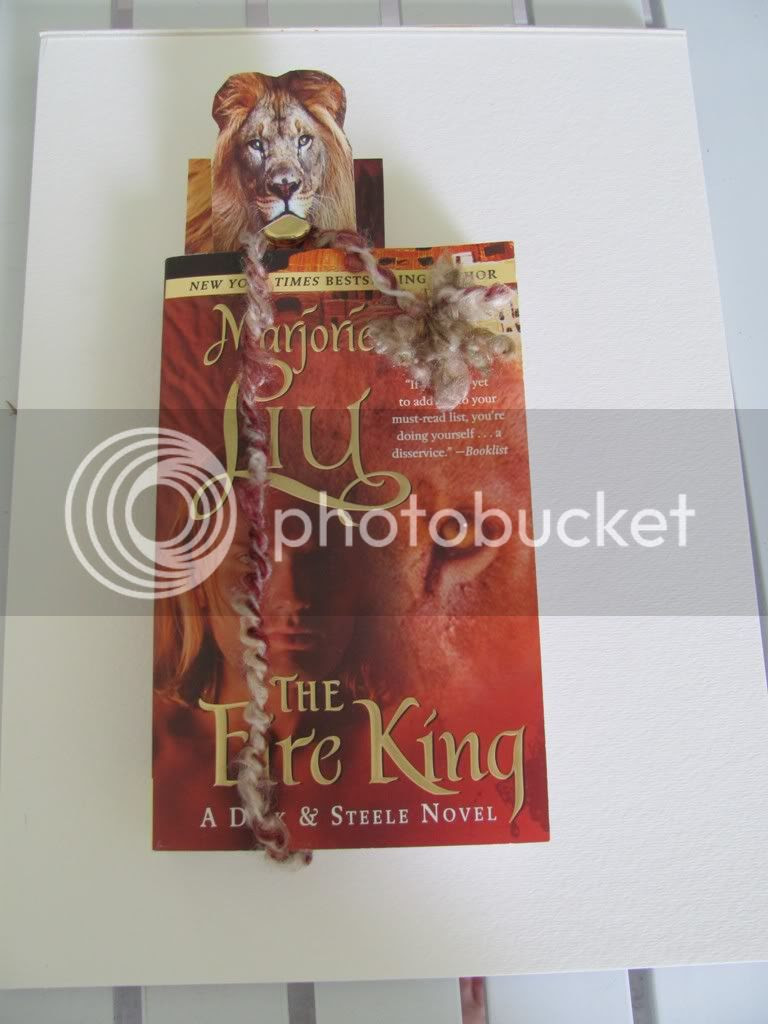 Once I had put it all together I didn't much care for the clipboard look it has, so I think the body of the bookmark needs to be shaped differently. Also, one technical difficulty: the yarn I used for the tail was actually hard to put into the clip mechanism; there needs to be something more you can hold onto at the base of the tail to easily tuck it into the clip. I don't think beads are the answer, but a small trinket or shaped tab attached to the tail would work. I'm going to work on a couple versions of the design and fabricate them in cloth, pics of which I'll post here when I've got them finished.

This idea has instant novelty appeal for the children's market, but I think it also can be customized for books with a particular theme or icon. A book about pirates could feature a pirate's head and a tail with a little sword or blade tab he could hold between his teeth. The BiteMark doesn't even have to go with a head as the top component; you could use anything that holds whatever is attached to the bottom tassel (for example, if you wanted a Harry Potter-themed bookmark, you could do his owl and a message; for Star Wars you could do Darth Vader's gauntlet and his light saber.)

So what do you guys think of my first attempt to reinvent the bookmark?
Posted by the author at 12:24 AM