I know, you're probably tired of hearing about my latest bird drama, but this is kind of cool.

First, some backstory: my guy watches television when he can't sleep, but when he falls asleep before shutting off the TV I usually wake up to the sound of infomercials at 3 am. Which annoys me to no end, but it's one of those compromise things you do in a relationship (in return, he never makes a peep about me leaving books I'm reading on virtually every flat surface in the house.)

Tonight I was trying to think of some way to save my sweet potato vine without disturbing Sweetie, and one of those obnoxiously advertised products popped in my head. I told my guy about the idea, and he thought it might work, so we drove over to the mall and picked up these from the As Seen on TV store: 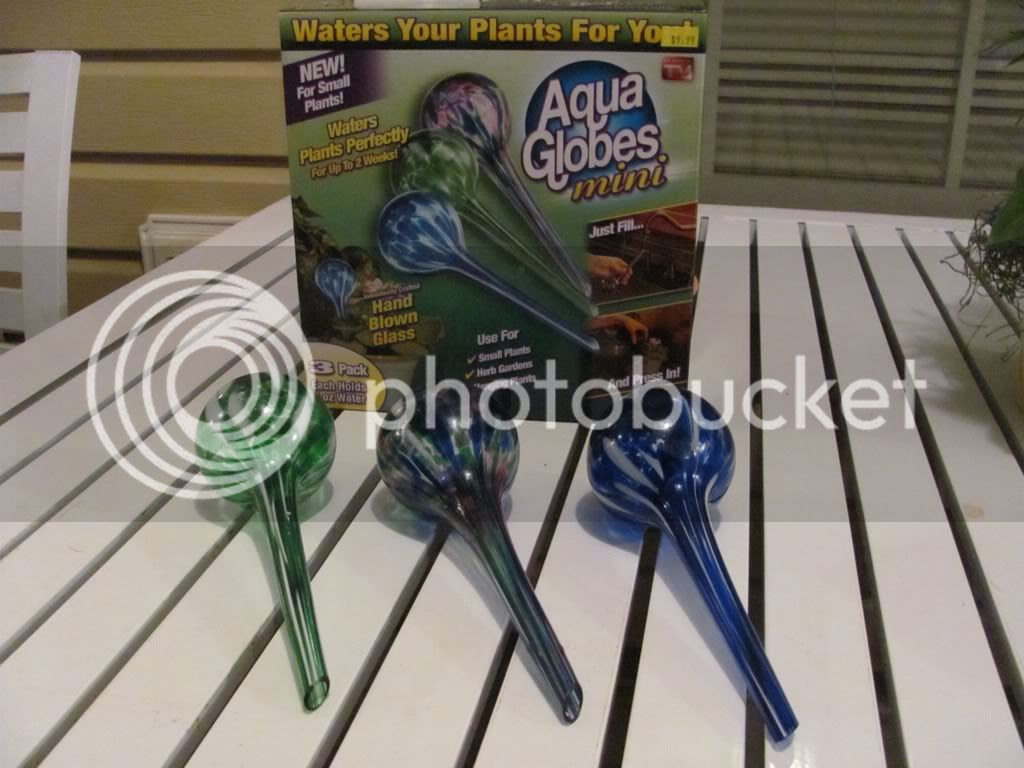 First I think I'll test one on the other (unoccupied) sweet potato vine to see just how damp it makes the soil in the pot. Has anyone out there ever used these things, and if so how have they worked for you? Let me know in comments.
Posted by the author at 12:00 AM