Books for the Holidays

I've been catching up on my TBR this past week, and have a stack of books I wanted to rec as great reads for the holidays: 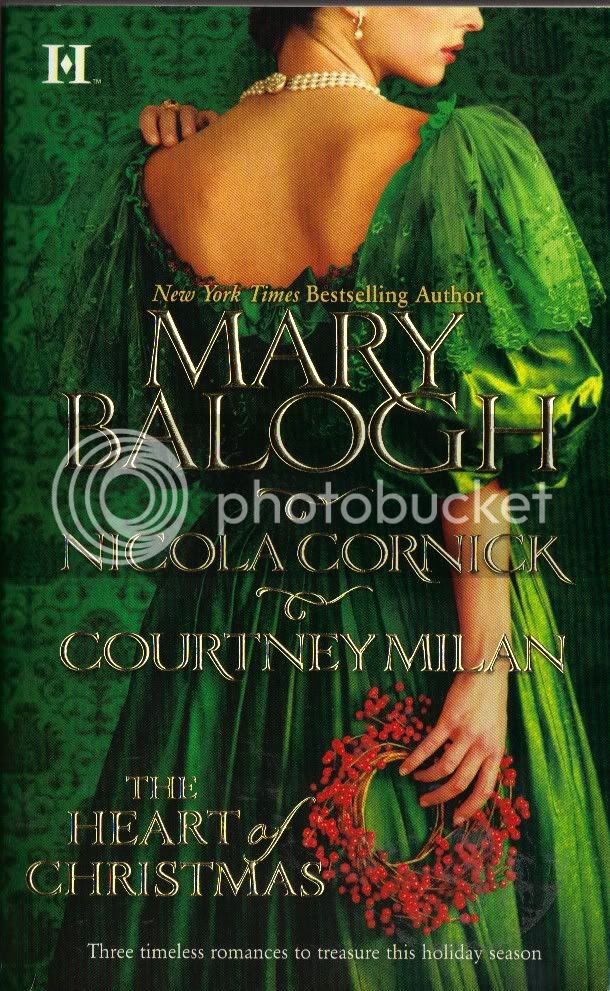 Mary Balogh headlines The Heart of Christmas anthology, which has three very decent stories (and you don't see that too often in an antho.) I especially enjoyed the common-man story by Courtney Milan, an author I haven't read before, and I'll now be looking for her single titles. This would also make a great gift for someone who enjoys holiday historical romance.

If you can spring for the hardcover, Ice by Linda Howard is a one-night, curl-up-with-hot-chocolate-by-the-fire read that will leave you shivering in more than one spot (I just wish it had been longer.) I bought some extra copies to hand out to friends because during winter people in the south love to read about how you people in the north get buried in all that ice and snow. Yes, we're mean that way. And it's Linda Howard. If romance were chocolate, she'd be Godiva.

Marjorie M. Liu returns to the shelves and sparkles in the Never After anthology with a fairytale romance that is a lovely fusion of dreamy, dark and delightful. Usually writers are either great novelists or gifted short story tellers; Marjorie is one of those rare authors who is both. This or any of her stories would be terrific to drop in the stocking of a writer or a reader.

For those of you who want something new and different, Jessa Slade's debut Seduced by Shadows offers a cool series premise, a great assortment of unusual, well-developed characters and some pretty sophisticated world-building. Though not something I'd recommend for people who want a simple, mindless read, this is probably the most interesting debut novel I've read in a long time. Definitely an author and a series to watch, and a great starter novel for your series-loving pals.

Also writing on the dark side, Linda Winstead Jones headlines Nocturne's Holiday with a Vampire III anthology with her story Sundown, her very first vampire story (hopefully it's not her last; I thought it rocked.) Your category-reading friends who like paranormals will enjoy this one. 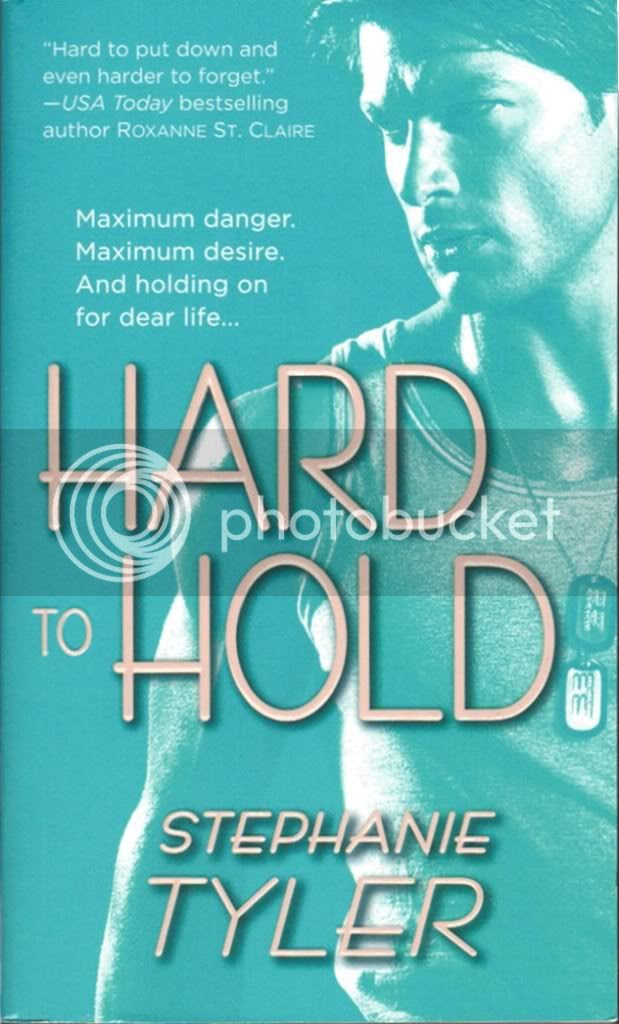 Last but not least, I have a real gem for you, a novel that actually made me burn dinner. Now I've been known to char a chicken now and then while I'm writing, but I know I haven't incinerated a meal while reading since I got a galley copy of Moon Called to read for a quote (and Patricia Briggs, you still owe me a pot roast.)

But now it seems I must invest in more smoke detectors, thanks to Hard to Hold by Stephanie Tyler. This novel is one of those dangerous stories, the kind that is so thrilling, romantic, edgy and absorbing that once you start it you may find it very tough to put down. I know I did because I began it after I put on a pot of our favorite pasta sauce to simmer. 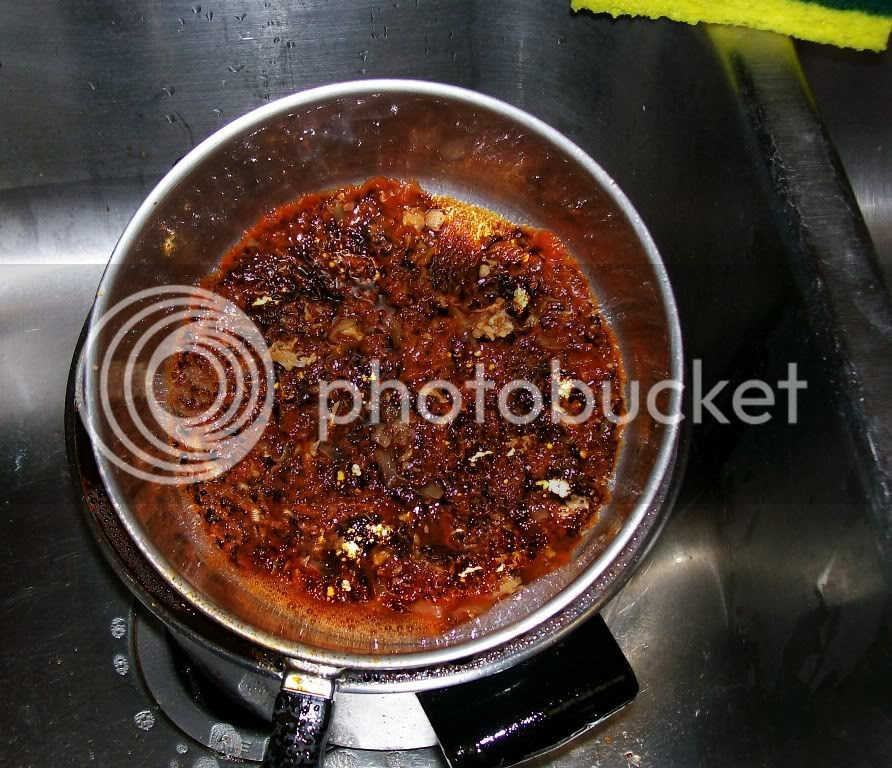 Of course I know better, but this is Jake's book. Those of us who have been blogging since the good old days have also been waiting to read Jake's book for a long time -- five, maybe six years now? And it was worth the wait; I got so lost in the story that I didn't resurface until my guy arrived home -- three hours later -- and asked me what was for dinner. As it turned out that night, not pasta. I did take a shot of the scorched pot for posterity, though, because this book is just the first in what promises to be an amazing trilogy. I'm completely hooked, so I should probably save the fire department a trip and get another extinguisher for the kitchen. Maybe two.

Hard to Hold would be a great gift for any contemporary/military romance reading fan. Just warn them not to cook. And if you read this, Stephanie Tyler, you owe me an Italian dinner. Or at least a pot of pasta sauce.

I'm heading out this week to do more holiday shopping at the brick & mortar stores, and I'd like to know what you guys recommend as stocking-stuffers. In comments to this post, name a book or author you think would make a great holiday read or gift (or if you're coming up empty, just toss your name in the hat) by midnight EST on Friday, December 4, 2009. I'll draw one name at random from everyone who participates and send the winner an early holiday gift: unsigned copies of Mary Balogh's The Heart of Christmas anthology, Ice by Linda Howard, Marjorie M. Liu's Never After anthology, Seduced by Shadows by Jessa Slade, Linda Winstead Jones's Holiday with a Vampire III anthology, and Hard to Hold by Stephanie Tyler. I will also grant the winner a BookWish* so you can have something you've been waiting to read. This giveaway is open to everyone on the planet, even if you've won something here at PBW in the past.

*A BookWish is any book of your choice that is available to order from an online bookseller, with a maximum cost of $30.00 U.S. (I'll throw in whatever shipping costs are involved.)
Posted by the author at 12:00 AM