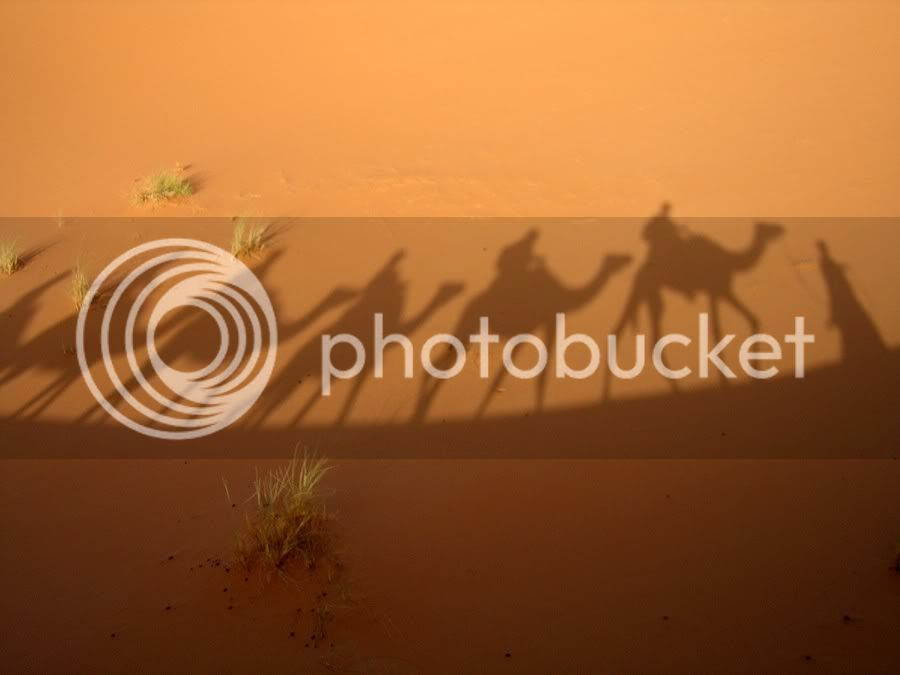 I. Mired in the Middle

When we embark on the journey of writing a story, we are usually excited and wound up and raring to go. Likewise when we come to the end of the writing journey, we are tired and fulfilled and very glad to type those two blessed words that wraps it all up: The End.

Between those two points in the story is a stretch that has neither beginning nor end. It's almost like no man's land, a place where the work seems to slow down and drag out, as if it were caught in a desert of unseen quicksand. When writers refer to working in that place -- usually with a heavy sigh -- we talk about "slogging through" and "pushing on" as if we were in danger of sinking into some vast, unimaginable pit of despair. Few writers enjoy it and most that I know hate it -- the dull, energy- and life-sucking maw that is the middle of a story.

But how did story middles get such a terrible rep, and why do writers have such trouble working through them?

II. Amid the Story

I think the middle of a story is where a several things combine to make turn the pleasures and joys of creating into the slaving away in the workhouse of writing: time line, energy level, story structure and spiritual status. If even one of these four horsemen of the story middle gain enough ground inside the writer's head, they can set off a creative apocalypse. The inevitable result is a half-finished manuscript sitting on someone's shelf and silently gathering dust.

Time line, or the chronology of events, has much to do with turning the middle of the story into a dead zone. In terms of story, very little can be initiated or resolved in the middle. The characters and conflict have already been ushered in during the beginning, and it's not yet time for the climax and resolution. If the writer really hasn't thought out the events, the middle can turn into an empty stretch of time where nothing much happens.

All writers have different energy levels, but I think it's safe to say we're all happiest when we're starting or finishing something. Setting out to explore a bright new shiny idea is fun, and wrapping up a full tour of it is satisfying and bestows a sense of accomplishment. The middle is definitely where the glitter falls away, our enthusiasm starts to ebb and the adrenalin or determination or whatever kickstarted the project drops to a dangerous low, and worse, stays there.

While story structure is largely dependent on the writer's plan or thought process during the writing, it can also meddle with things in the middle. Probably the most common structural mistake writers make is not thinking and/or planning exactly what happens in the mid-story, which creates that endless stretch of nothing much happens.

The writer's spiritual status is hard-wired to the story. When things are going well and we're producing a decent amount of words or pages, we feel good. When things aren't going anywhere, and we stall or become blocked, we feel lousy. And while our writer self-esteem is not entirely dependent on how the work is going, it plays a big part in how we feel about ourselves as writers.

Whatever the cause of getting stuck in mid-story, there are definitely a number of things a writer can do about it.

III. Marching through the Middle

Rather than thinking of mid-story as some horrible Sargasso Sea or endless desert where you're doomed to flounder, take some time to make preparations for that part of the writing journey. The better prepared you are to deal with the least fun part of the work, the more efficiently you'll be able to march through it. Here are some ideas on how to move along:

Putting the Stuff in Stuff Happens -- this is probably the most logical approach to marching through middle, and the one I use most frequently. Instead of allowing the middle of the story to be a gray area where you're not sure of exactly what happens, plot it out. I use a definitive time line approach by listing a sequence of events that take place in mid-story. I don't start writing the book until I've nailed down the middle as well as I have the beginning and the end.

Mid-story Subplots -- the main conflict takes up the most story space, but it's also hampered by the fact that it generally has to begin at the beginning and end at the ending. Mid-story is definitely a place to develop the main conflict, raise the stakes, increase the pressure, etc., but it's also an opportunity to begin and end subplots related to the main conflict. These are the shorter stories-within-a-story that can belong to the protagonist, secondary characters of even the antagonist.

Mock resolution -- this mid- to late-story is a favorite of suspense and thriller writers, which they use to present what seems to be a conclusion of the main conflict. The most common form of the mock resolution is the presentation of a red herring that seems to answer all the story's questions. Some writers use multiple mock resolutions to slog through their middles, but I don't advise using more than two or three at the most as they can get tiresome fast.

All Hell Breaks Loose -- one seasoned writer told me, "When you're bored, blow up something" -- and I've tried this, and it works. The usual form is to introduce into the middle of the story an unexpected or abrupt event that results in short-term chaos (like blowing up something.) And while it seems a bit crude, the all hell breaks loose approach to the middle can be fun and revive the writer's interest in the story.

Support Cast Crisis -- Your secondary characters can prove to be most valuable in mid-story, especially if you've developed them into fully-realized individuals. Look at ways you can use their storylines to create or converge with a secondary conflict in the middle of your story.

Interluding -- I don't recommend stepping out of the story too often, but the interlude approach to fleshing out the middle can be pretty effective. This is when the writer basically puts everything related to the main conflict on hold while the protagonist spends some quality time with another character. For example, in romance it's usually the first consummation point of the sexual relationship between the hero and heroine (which is why most first sex scenes in romance novels seem to start on page 200.) In SF, the characters are inevitably cut off from the rest of their pals or marooned somewhere. The interlude doesn't do much for the plot, and I think it can evolve into lazy writing habits, but it does allow the writer to develop the characters and their relationships with each other a bit more before getting back to the business of wrecking their lives. My advice is to use this one sparingly.

IV. Attitude is Everything

Getting through the middle of a story is generally a lot of work and not much fun. It isn't a place where writers tend to obsess about the details as much as the page or wordcount, and perhaps that is our biggest mistake when it comes to crafting story: whether we run out of ideas, get bored, feel frustrated or begin to doubt the wisdom of trying to realize the story idea, it always seems to comes out on the page.

Making a major attitude adjustment may be the one universal cure for muddling in the middle. Train yourself to stop thinking of mid-story as a boring place where nothing much happens. Instead, see it as a series of windows of opportunity, where you can really shine as a storyteller. Look for ways through the middle of story where you can keep your reader glued to the book by delivering the same quality story you gave them in the beginning and that you will give them in the end.

However you choose to tackle this problem, keep in mind that while the middle of story may not seem as dazzling as the beginning, or as thrilling as the end, it is just as important as both. Don't wander into the middle of your story unprepared for what will (or, more likely) won't happen. Make a plan, draw map, arm yourself with ideas and train yourself to go steadily. Don't just slog through -- make the journey a memorable one.

Dr. Vicki Hinze's article Sagging Middles will have you building bridges through your middles and more.

Holly Lisle talks about what we all wrestle with in her article Middles.

Alicia Rasley's article Tightening the Sagging Middle has some interesting suggestions from a mainly RWA-minded POV.

Get plotting tips from Katherine Swarts's article Beginning, Middle, and End ~ A Half Dozen Hints for Creating a Satisfying Story Plot

1) A BookWish -- any book of your choice available to order from an online bookseller, up to a max cost of $30.00 U.S. (I'll throw in whatever shipping is involved.)

2) a goodie bag which will include unsigned new copies of:

Uncommon ~ Finding Your Path to Significance by Tony Dungy (hardcover)

plus signed paperback copies of my novels StarDoc and Evermore, as well as some other surprises.

If you'd like to win one of these two giveaways, comment on this workshop before midnight EST on Wednesday, July 15, 2009. I will draw two names from everyone who participates and send one winner the goodie bag and grant the other a BookWish.

Everyone who participates in the giveaways this week will also be automatically entered in my grand prize drawing on July 21st, 2009 for the winner's choice of either a ASUS Eee PC 1005HA-P 10.1" Seashell Netbook or a Sony PRS-700BC Digital Reader.

As always, all LB&LI giveaways are open to anyone on the planet, even if you've won something here at PBW in the past (and if anyone wants a peek at this year's LB&LI goodie room at Casa PBW, and see what's going in those goodie bags, stop by the photoblog today.)

Other LB&LI Workshop Links -- new links are being added every day, so keep checking the list for new workshops (due to different time zones, some of these will go live later in the day):

The Ten Commandments by Joely Sue Burkhart -- as readers, we all have lines that we don’t want an author to cross, else their book may very well end up denting the wall. Here are a few commandments, either based on my personal reading tastes or something I’ve learned from my lovely talented evil editors.

Birds and Flight by Suelder -- first in a series of workshops on birds that will focus on the science as well as how to adapt this information to writing.

How-To Books that Saved My Life by Alison Kent -- a look at the three how-to books the author can't write without, and why.

Break through your fears and write! by Tamlyn Leigh -- One of the biggest obstacles on a writer's path is their fear. It can be for anything: fear people won't like their stories, fear they aren't good enough. In my workshop I want to offer tools to break through that fear, and get everyone writing!

Writing Prompt Series - Who-two? by Rosina Lippi -- Build another character on the basis of a new image Rosina will provide.

From Pantser To Plotter: How I Joined The Dark Side by Kait Nolan -- Tuesday's topic: My Problems With Pantsing

Word Count and Categories by Midnight Spencer –- take a look at what some of the top eBook publisher’s break up word counts and what type of categories selling on their websites.

Left Behind and Pondering Deadlines bu Charlene Teglia -- the pros and cons of deadlines.

Killer Campaigns: Marketing Calendar by Maria Zannini -- Market planning your book
Posted by the author at 12:00 AM

Labels: Left Behind and Loving It, structure, virtual workshop