Just a note to explain my lag on posting and answering comments -- we've had some storms here with lots of lightning, and I've had to keep the computer shut down and unplugged most of the day. It may sound over-cautious, but we've already been hit twice in the last couple of years and once it fried two of my computers. I will catch up today and tomorrow.

The winners of the VW#6 giveaways are:

Winners, when you have a chance, please send your full name and ship-to address to LynnViehl@aol.com, and I'll get your prizes out to you. Thanks to everyone for joining in. 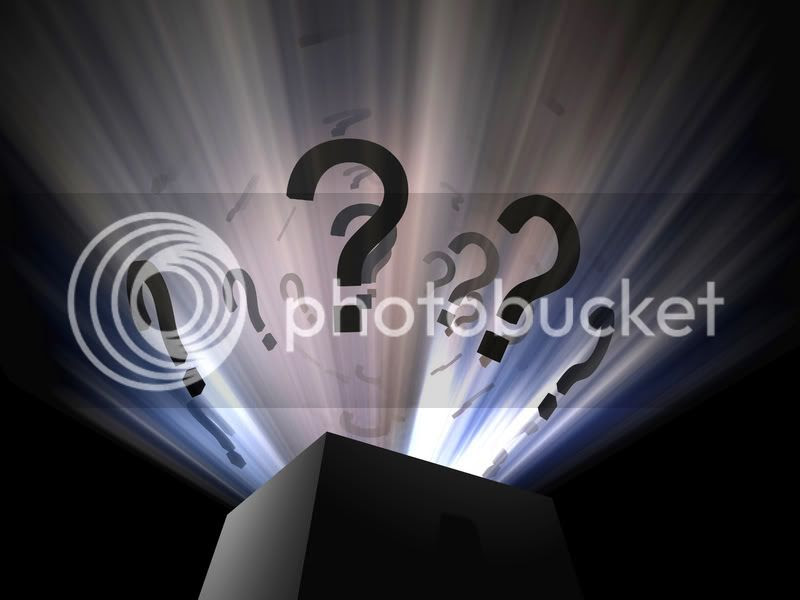 This is the last workshop of Left Behind & Loving It 2009, and as I did last year we'll make this one an open Q&A for leftover questions about the other workshops or any writing- or publishing-related topic. If you have any questions, please post them in comments.

While you're thinking about that, I also have a couple of things to talk about. All of the writers who were involved in LB&LI this year and every year do so strictly on a voluntary basis. They donate their time and effort to make this week informative and fun for all the attendees. If you've learned something new, had a good time or for whatever reason would like to show your support and say thank you, I recommend buying one of the writer's books or (if they're not yet published) visiting their blogs again.

I also know my editors will throttle me if I don't mention one time that I have two upcoming releases, Crystal Healer (StarDoc book nine) in August and Shadowlight (Kyndred book one) in October; pre-ordering one of them or asking for them at your local library would be more than enough thanks for me.

It's amazing how much my little summer project grown over the years, and how generous the writing community has been with getting involved and doing their part. I'm grateful to all the writers who are joining in for the 2009 event and who have in years past. As for me, I've always regarded LB&LI as my own summer writing vacation, the one time each year where I can hang with my people, talk shop and explore what it means to be a writer.

That said, I need to let you all know that this is going to be my last year as host/coordinator of LB&LI. There are a number of reasons for this, but mainly it's a time and effort issue. It gets a little harder for me every year to handle the work involved. I've also never been crazy about being broadcast by various RWA entities as providing an online alternative to RWA's National Conference for their membership. I have never done this for RWA. I did this for my friends.

LB&LI was intended to be an open and totally accessible group event, but as with any endeavor of this size, it does need someone to oversee the coordination and decision-making involved in making it happen. I'd like to see whoever takes up the torch have fun with it and make it what you want it to be (it doesn't even have to be called LB&LI anymore, you can rename it whatever you like.) These past two years there were a couple of sites that held their own versions of it -- which, btw, I always thought was pretty wonderful.

I'm hopeful the annual virtual workshops will continue on without me running things, but as with passing the torch I need to let go and leave that up to you guys. I will say that the need for free, globally accessible writing workshops is growing, especially now when most writers can't afford the cost or the time away involved in attending conferences and workshops in real life. It's a terrific opportunity to network and share ideas and possibilities.

I also believe events like LB&LI embody the spirit of the internet, and the concept of free online exchange of information, which is really the best part of being a member of NetPubLand. As a writing community we can always learn from each other, and by doing so become better at our craft and enjoy more of our writing life.

So there you have it. While I know this is going to disappoint some folks, I think after four years I've earned my retirement. I am grateful for all that you've shared with me and taught me about the writing life by hanging with me and everyone involved in LB&LI. Thanks for a terrific experience.

1) A Mystery Art prize which may be a painting, quilt, or other artistic creation made by Yours Truly. No, I'm not going to tell you, that would ruin the surprise.

2) a goodie bag which will include unsigned new copies of:

The Treasure by Iris Johansen (hardcover)

plus signed paperback copies of my novels StarDoc and Evermore, as well as some other surprises.

If you'd like to win one of these two giveaways, ask a question or toss your name in the hat before midnight EST on Monday, July 20, 2009 (this means by midnight tonight, so keep in mind the short deadline if you want to enter.) I will draw two names from everyone who participates and send one winner the mystery art prize and the other the goodie bag.

Everyone who participates in the giveaways this week will also be automatically entered in my grand prize drawing on July 21st, 2009 for the winner's choice of either a ASUS Eee PC 1005HA-P 10.1" Seashell Netbook or a Sony PRS-700BC Digital Reader.

As always, all LB&LI giveaways are open to anyone on the planet, even if you've won something here at PBW in the past.

Other LB&LI Workshop Links -- new links are being added every day, so keep checking the list for new workshops (due to different time zones, some of these will go live later in the day):

Writing Transformative Sex - Part Two by Joely Sue Burkhart -- So you know you want to avoid Plot Interrupted and Tab A/Slot B mechanics, but how do you get “down and dirty” into the emotions of a really deep sex scene?

Bird Migration by Suelder -- third in a series of workshops on birds that will focus on the science as well as how to adapt this information to writing.

Why You're Not Writing by JM Fiction Scribe -- Examining the reasons behind your writing block - because the identifying the 'why' of the problem is the best way of getting past it.

How-To Books that Saved My Life by Alison Kent -- a look at the three how-to books the author can't write without, and why.

Break through your fears and write! by Tamlyn Leigh -- One of the biggest obstacles on a writer's path is their fear. It can be for anything: fear people won't like their stories, fear they aren't good enough. In my workshop I want to offer tools to break through that fear, and get everyone writing!

Writing Prompt Series by Rosina Lippi -- Ask Me Anything related to writing or the biz.

Have No Fear by Marjorie M. Liu -- third in a series of workshops about different aspects of writing and publishing.

From Pantser To Plotter: How I Joined The Dark Side by Kait Nolan -- five workshops on the transformation of a pantser to a plotter.

Writing Sex Scenes That Matter by Jenna Reynolds -- Readers sometimes say they skip over the sex scenes in a book. And usually it's not because they have a problem with the sex. It could, however, be because, other than the sex, nothing else is going on. This workshop provides some suggestions on how to write sex scenes that matter and that readers won't skip over.

Writing Lab – Write or Die by Midnight Spencer –– Something fun to add at the end of this workshop. Something to help you get the writing you want done, a little push in the finishing touch.

Left Behind in Interesting Times by Charlene Teglia -- e-publishing in interesting times.

Graphic credit: © Yellowj | Dreamstime.com
Posted by the author at 12:39 AM

Labels: Left Behind and Loving It, questions and answers, virtual workshop