My guy and I like to grill out now and then. Neither of us are grillmasters, but every couple of weeks we'll throw some burgers or chops or kabobs on a small gas Char-Broil we keep in the back yard. It's nothing fancy, and it's getting pretty old now, but it still gets the job done: 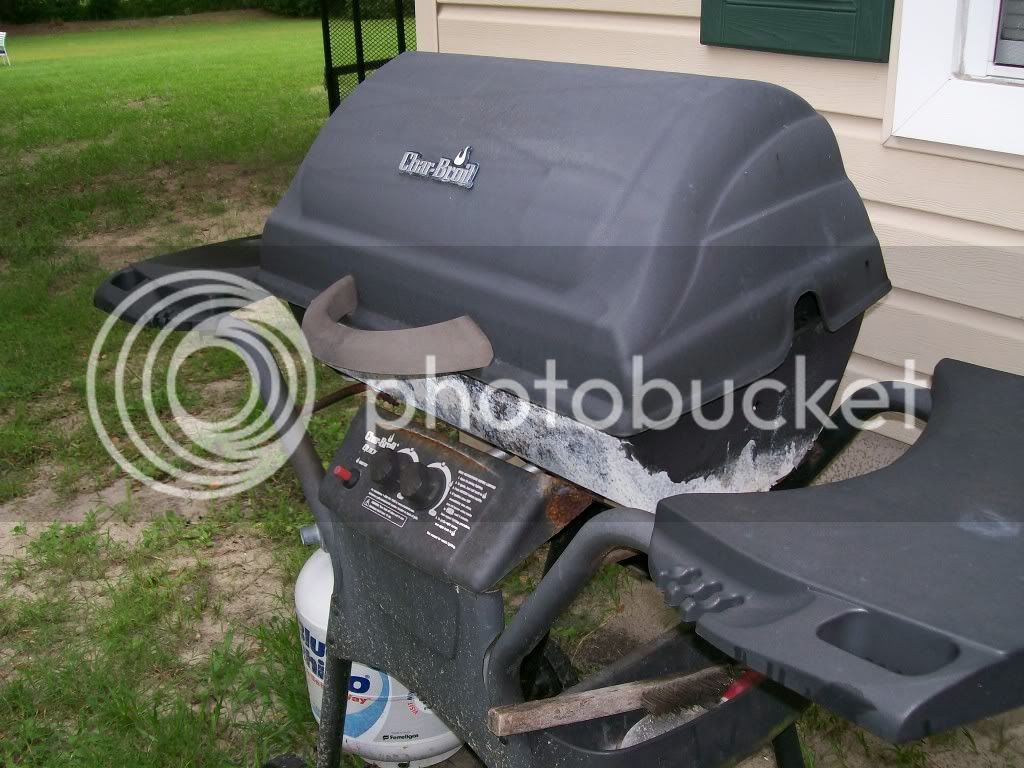 Bad weather kept us from grilling out over Memorial Day weekend, so tonight I decided to cook up some burgers for a belated celebration. I went out with my guy to prep the grill, which we first move to the center of the yard because we live in a wood-frame house and I'd rather not set it on fire. As my guy rolled the grill away from the wall, something small, red-breasted and fast flew out from under it.

"Lift the lid and check," I suggested.

And he did. Then he said a lot of words I'd rather not repeat because our daughter is probably reading this. When he was done making his observations about the intelligence of certain lower orders, I told him I'd get the camera, because no one was going to believe this without proof. 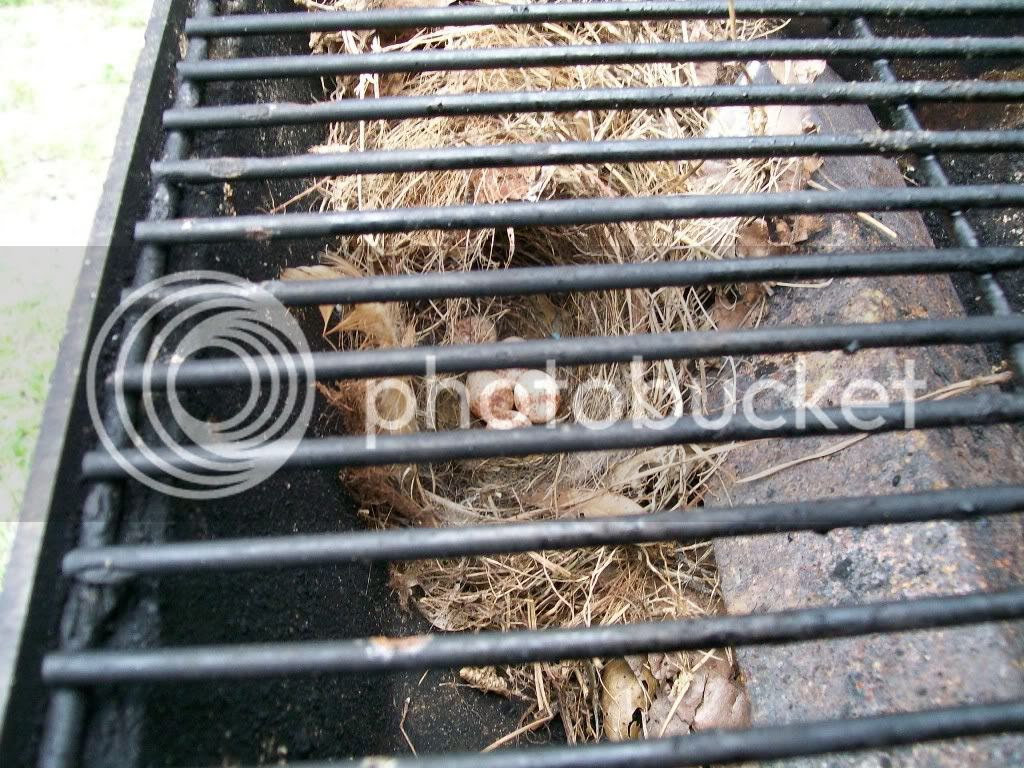 At first we couldn't figure out how she built the nest under the grill rack -- the spaces between the bars seemed to narrow for her to fit through, and it was way too heavy for her to dislodge. Then I looked at the underside, where there are a couple of bird-size holes rusted through the base of the grill. Somehow she flew under and in through this labyrinth of holes in order to build the nest. 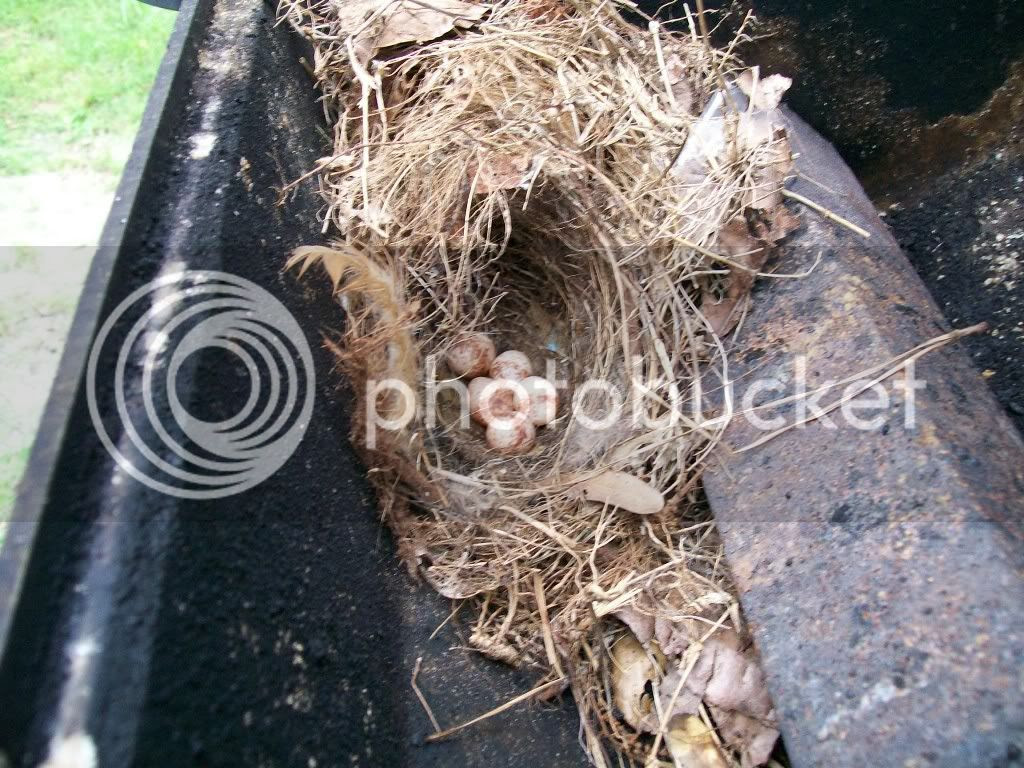 The grill's ignition switch stopped working about two years ago; before then my guy used to light it without first lifting the lid. Fortunately now he has to lift the lid first and look as he turns on the gas and lights the heating element with a lighter, so even if I hadn't seen the mother fly out, the nest wouldn't have been toast. Lucky for her.

This time I just cannot fathom this choice. That grill is black metal, and I know it has to get extremely hot inside during the day. It reeks of gas and burnt things. During the first day of bird school, doesn't anyone point to a grill and say, "Never ever ever nest in that"?

I didn't get a good enough look at the mother to identify the bird, but from the size and color of the eggs I'm guessing another type of wren. And if all five of these hatch, I think that will make a grand total of eighteen babies born this spring (five wrens from the potted plant, four mourning doves from the nest between the bird houses, and four cardinals who just hatched in the hanging sweet potato vine -- photos of the newborns are over at the Photoblog today, btw.)

Looks like we'll be grilling indoors with the stovetop grill pan for the next month or so. I'm also expecting Animal Planet to call any day now and offer me my own show. Maybe I'll call it Ditzy Birds and Dumb Nesting Places.
Posted by the author at 12:00 AM