A constant visitor (you know who you are) sent me a link to a YouTube video that evidently a reader made about my books. At first I couldn't get it to work, so I finally asked my teenager to fix whatever has been keeping me from watching online videos (just a setting, as it turns out.)

It's beautiful, and melancholy, and I liked it very much. It's always interesting, too, to see how someone else interprets your work in another medium. I don't know if you're out there, Sarah, but thanks for taking the time to make it. I have to get the album with that song on it now.

Yesterday I received a couple copies of the new audio reissue of my Rebecca Kelly novel Going to the Chapel, which I didn't realize was going to be released so soon. Sherri Berger does a nice job of reading my work (way better than I could) but I had to laugh; the narrator before her makes an oops and calls me "Rebecca Clark." It's also a little weird to hear an audio interpretation of my work in the car that isn't coming out of my mouth. They sent me only two copies (which means one for me, and one for Mom) but I'll order some more from Oasis to give away here in the near future.

As for the last of the unexpected interpretations, remember when I heaved a sigh of relief over the happy ending of our last backyard drama? That wasn't just for the birds. With Shy Thing, Martin and Teresa gone now I could finally go out, clean up the porch and get rid of some of the plants a late frost killed, like this one (click on images to see larger versions): 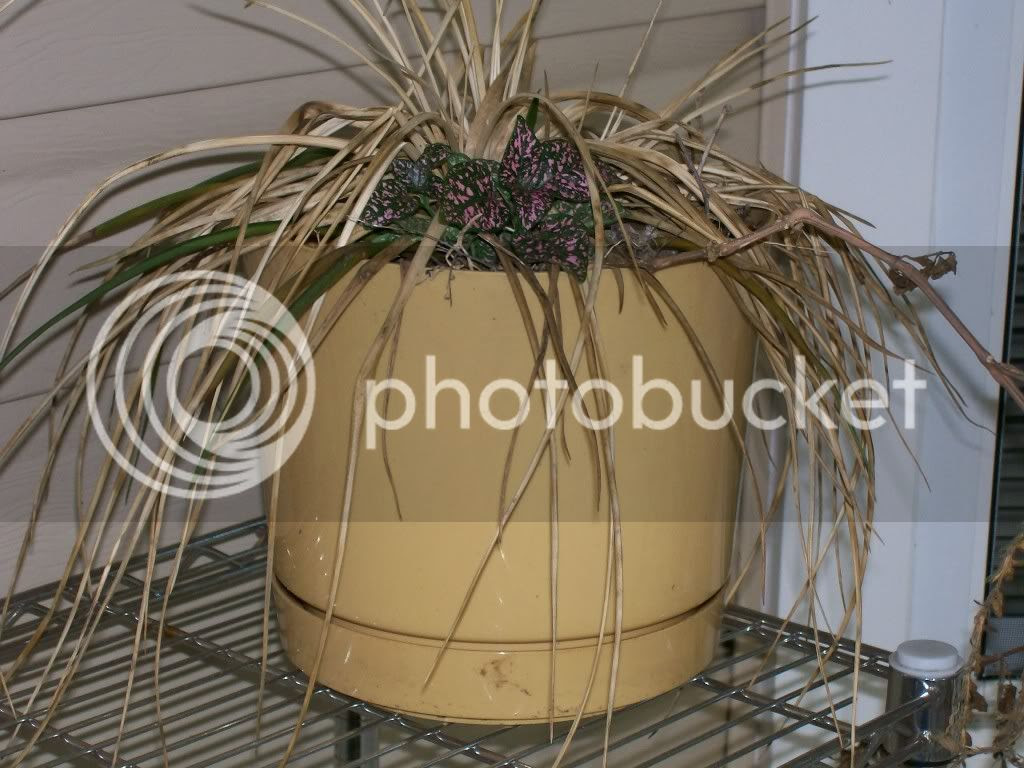 Now I can understand how things can be interpreted differently, especially from different points of view, but that photo emphatically says dead plant to you, right? Me, too. In fact I don't know anyone who would look at that plant and think Ooooooh, pretty.

So you can imagine my reaction when I went to empty the pot into my barrow, and something flew out of it. Want to guess what it was? 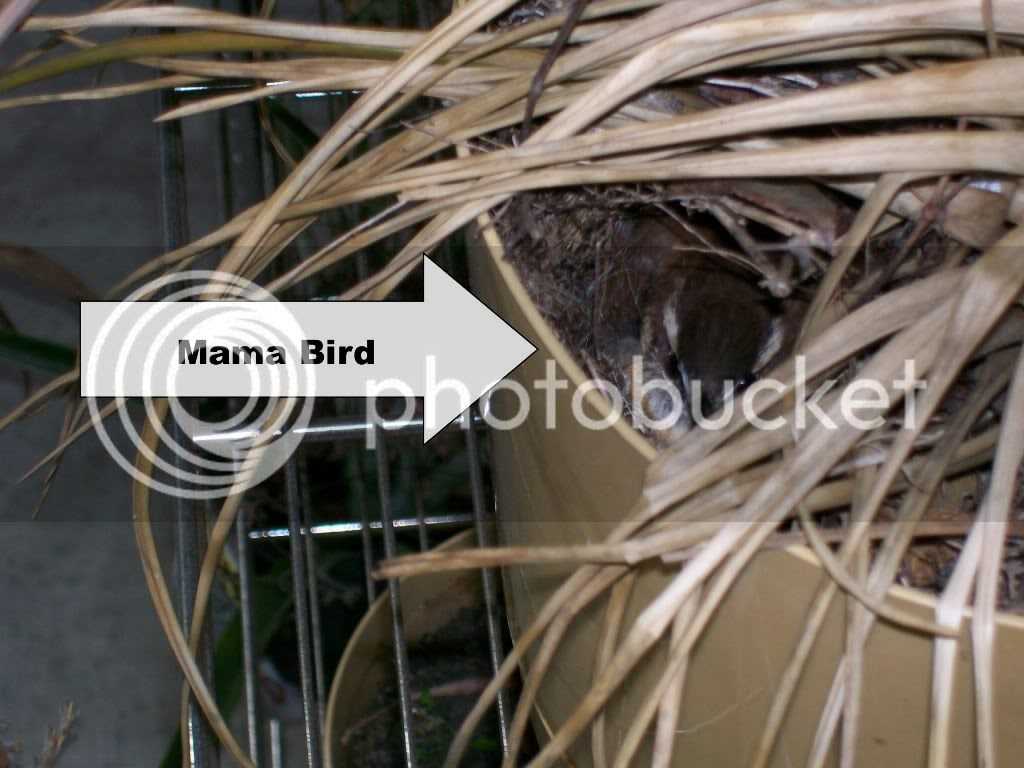 Uh-huh. And do you know what she was doing in there? Napping, you think? Hiding out from her boyfriend, perhaps? Saying a prayer for the poor dead plant, maybe? 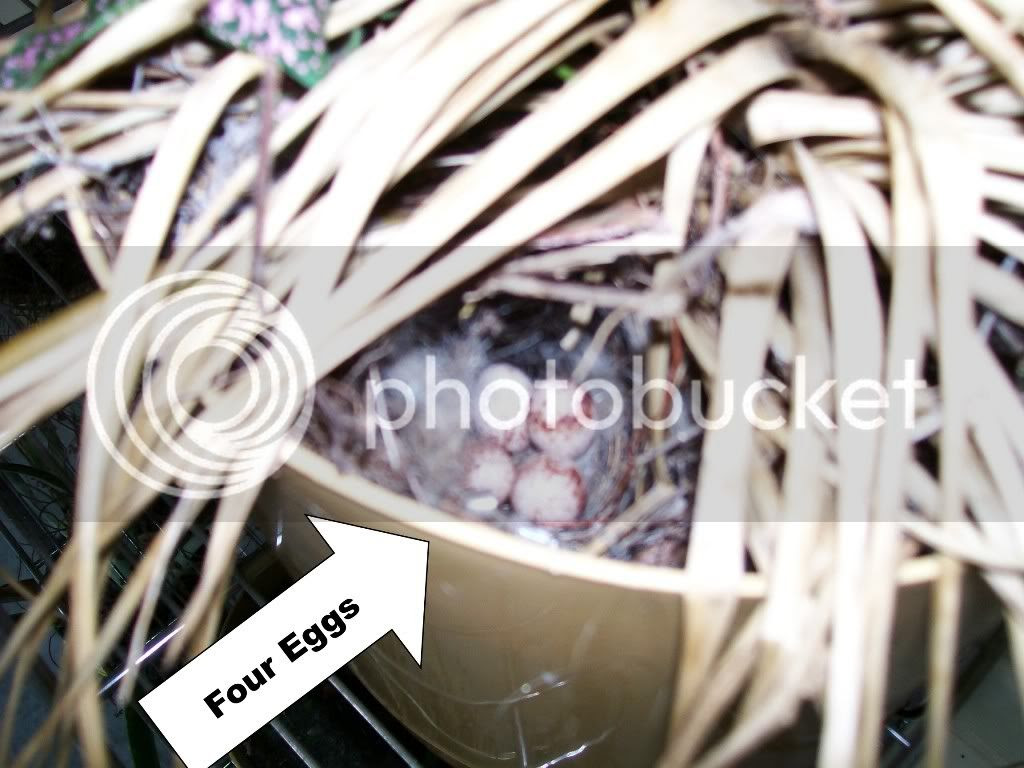