A few weeks ago I discovered Shy Thing, a mourning dove who had nested in a rather precarious spot between our birdhouses. At the time I questioned her intelligence (but admired her stubborness) while trying to figure out how I could help protect the nest.

We did what we could to make the top of the cabinet a little safer for her and the nest, and the eggs hatched into two very quiet and rather adorable chicks, which we named Teresa and Martin.

Shy Thing did not leave the nest that I saw except whenever I came out on the porch to set out some seed for her, and then she'd return as soon as I went back into the house. Because she was so timid, I finally declared the porch off-limits to everyone but me (and I tip-toed out once a day only to put out some seed for her.) We stayed inside and watched through the windows as Teresa and Martin grew.

And boy, did they grow. 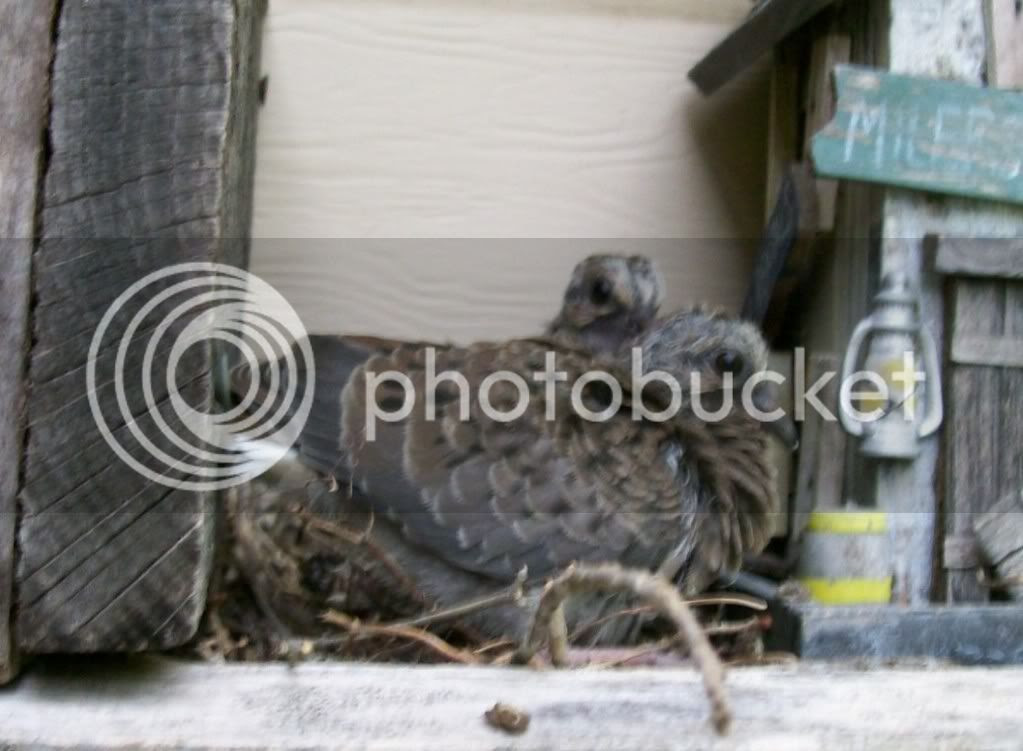 The twins never seemed to move, and none of them made a peep, but yesterday it became apparent that the babies had outgrown their nursery. Shy Thing couldn't even get to them anymore; there simply wasn't enough room for all three birds to fit in between the birdhouses. 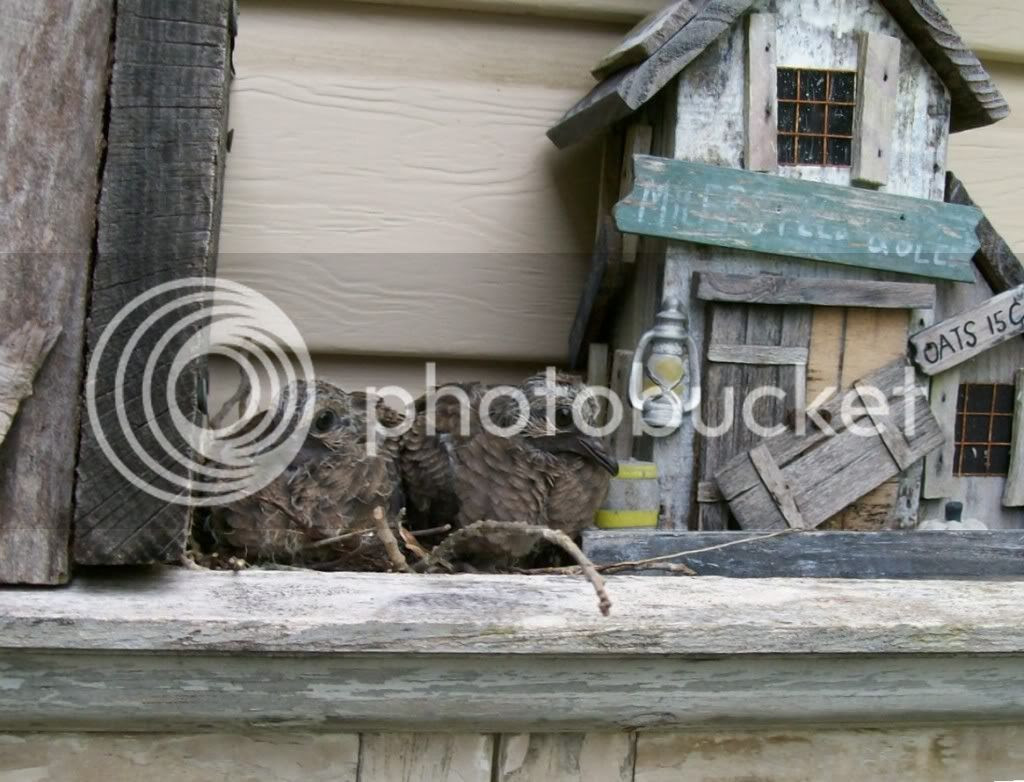 That evening when I went out to refill the seed bowl, Shy Thing and the biggest of the twins, Martin, abruptly took off and disappeared into the neighbor's trees. They went too fast for me to get a shot, and never came back, but I felt pretty privileged to have seen Martin fly for the first time.

Teresa hung around until this morning, and allowed me to take this final shot before she made her first solo flight: 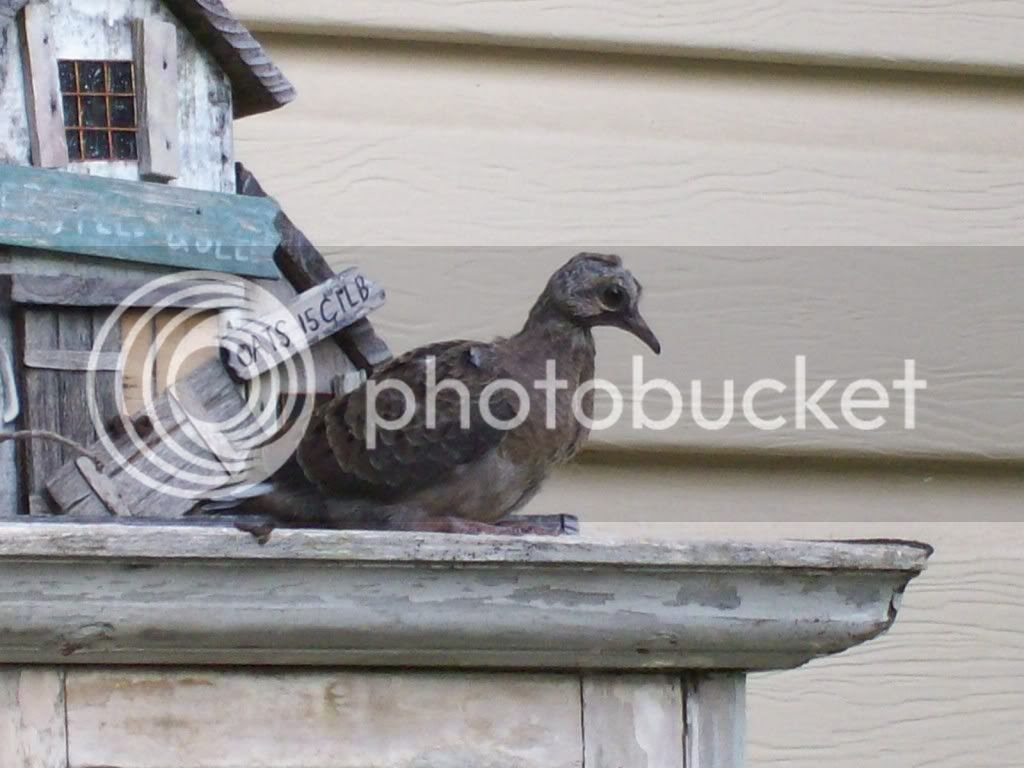 So our latest backyard drama has reached the happiest conclusion, and we can all relax. Until the next Mama bird comes along looking for a nursery, anyway . . .
Posted by the author at 12:00 AM