Chapter by Chapter (aka CbC) is a freeware program designed by Sébastien Berthet for "novel writers who use Microsoft Word intensively. It allows managing and organizing chapters within a book far easier than in Word just because it deals with one doc file per chapter rather than one big file containing the whole book. When the book is finished (or whenever the writer wants), CbC generates that big file. CbC was developed because the Master Document feature of Word was too complex and very buggy (it corrupts documents). So, the idea was to mimic this feature from out of Word with another application running independently and driving Word."

I usually work on a novel as a single document on Word and keep all my chapter/scene/etc. notes separate and hand-written in my novel notebook, so this approach of doing both at the same time on the same screen definitely appealed to me. I downloaded the program and installed it today (very quick and no problems there.) When you open CbC you'll first get this little side screen on your desktop: 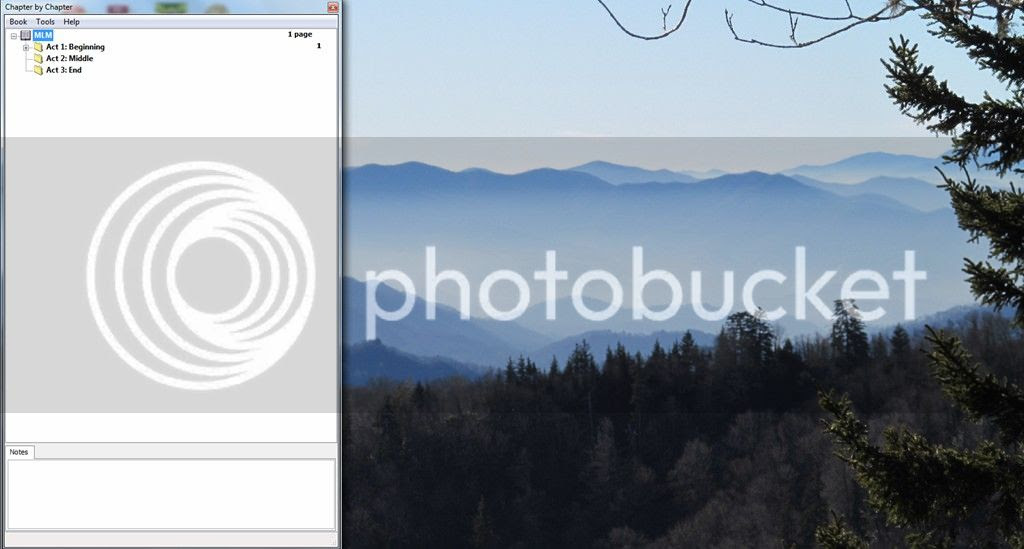 When you open a new book you're prompted for a title, byline, and which file format (doc, rtf, docx etc.) that you want to use. Once you've input that, you can begin adding chapters by right-clicking on the appropriate act, which automatically opens up a new Word file and companion screen: 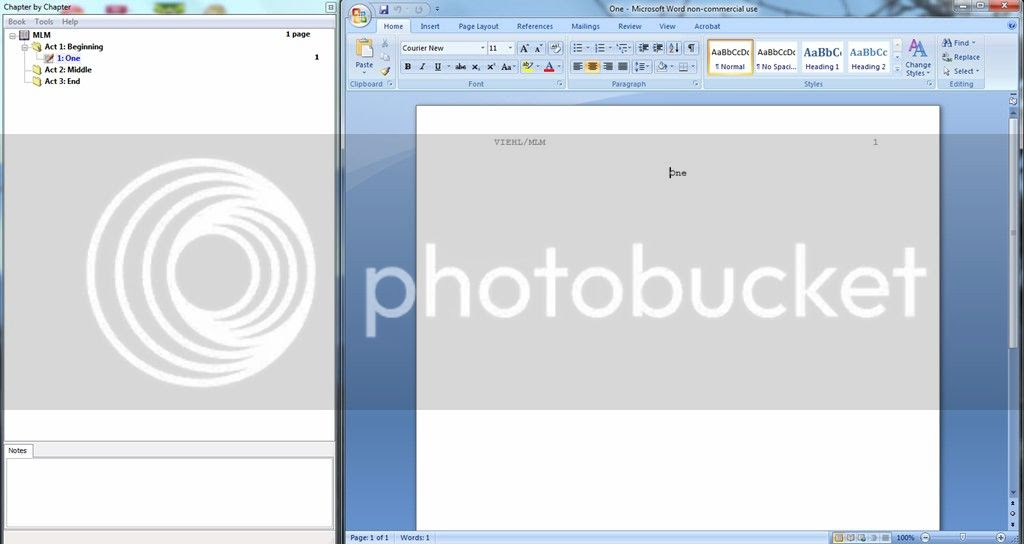 I like the convenience of being able to make notes while I'm writing a chapter, which the program allows in a small box at the bottom of the side screen: 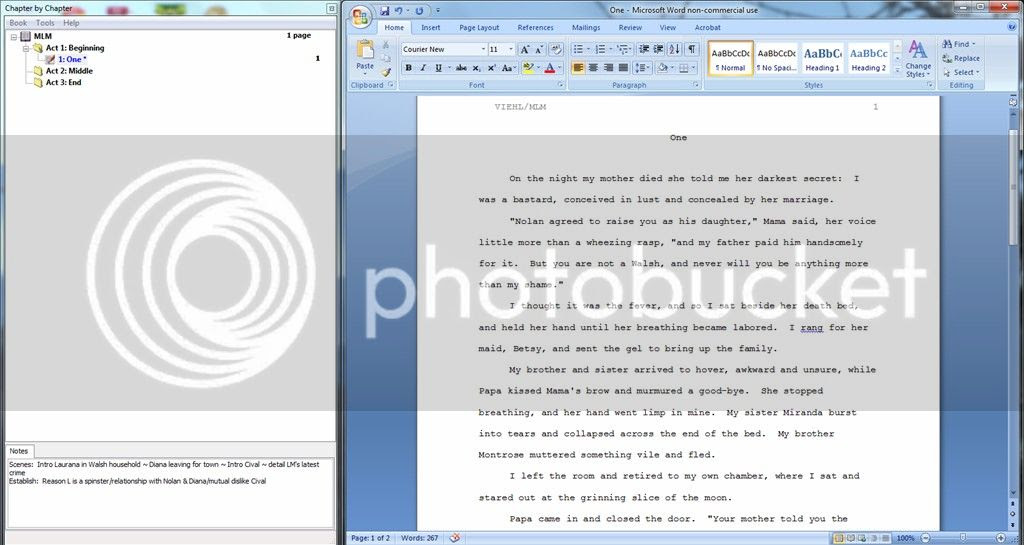 When you save your files, the document is segregated to the CbC program file, but you can dupe it elsewhere easily with a different Save As file name. This is as far as I've gotten with using the CbC program, but I'm going to give it a genuine test drive by writing an entire story using only the program for what I usually do in Word and with my hand-written notes. If it proves to be as helpful as I think it will, I'll report back on what happens and how I think you can use it for your Word story projects.
Posted by the author at 12:12 AM