The Adventures of Miss Temminnick 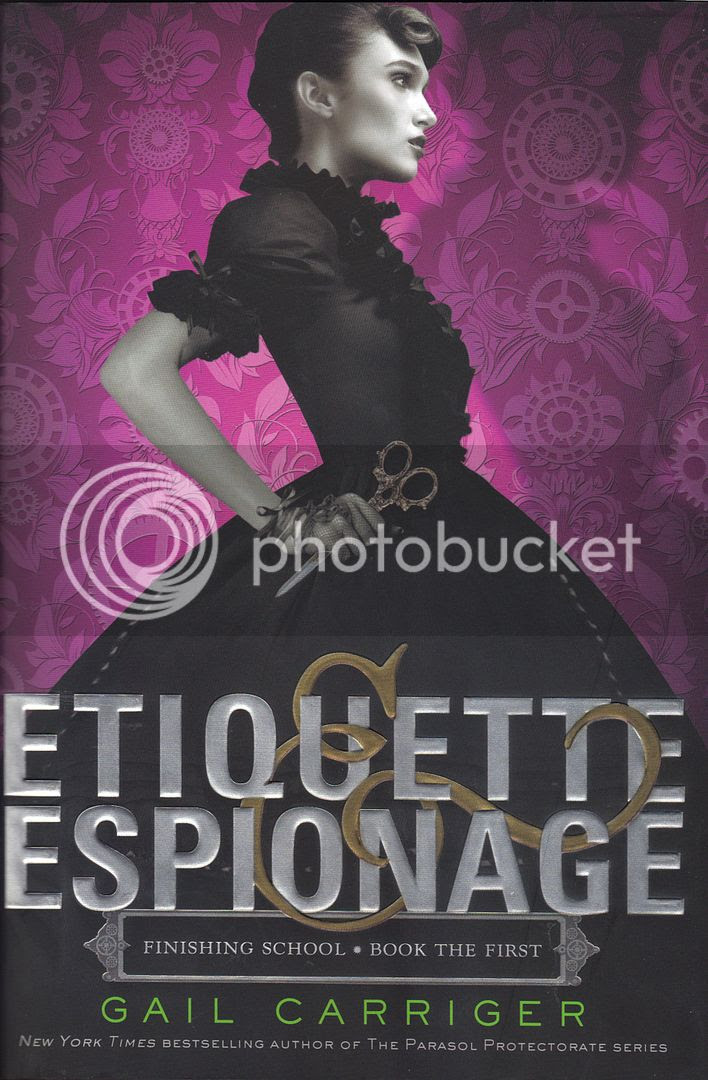 Gail Carriger's latest release Etiquette & Espionage is the first book in her new Finishing School YA series. and while it's set in the same universe as her Alexia Tarabotti novels, the story takes place a good many years before the formation of the Parasol Protectorate.

The protagonist is a girl named Sophronia Angelina Temminnick, and she's a handful. I chuckled as soon as I saw her name as it brought back many happy memories of reading the adventures of Margaret Sidney's Five Little Peppers and How They Grew. Phronsie, the youngest and most adorable Pepper, was also a Sophronia, and she was always getting into mischief. For me the name was definitely a good omen.

Sophronia is the one of those "unnatural" teens who would rather dismantle a clock or pal around the stables than learn to paint watercolors and embroider. After an unfortunate but hilarious incident involving the family's dumbwaiter, Mrs. Temminnick informs Sophronia that she's being sent away to finishing school, and introduces her to the very odd lady who has arrived to whisk her off to Mademoiselle Geraldine's Finishing Academy for Young Ladies of Quality. Sophronia soon discovers that her new and highly unusual school is not what her genteel mother presumed, and that along with proper etiquette she will be taught how to courteously and covertly deceive, devise, evade disaster and definitely finish just about anything -- or anyone.

This was a delightful novel, filled from front to back with Gail Carriger's trademark wit and whimsy, and wonderful characters caught up in endless and imaginative hijinks. While you will meet much younger versions of two characters from her Alexia Tarabotti novels you don't need to read the earlier series to keep up with the story, so it works for readers who are new to this author, too. Someone had better publish a really great novel after this or I'm pretty sure Etiquette & Espionage will end up being my pick as best book of 2013.

As always you don't have to take my word for it. In comments to this post, name your favorite novel series (or if you can't think of one, just toss your name in the hat) by midnight EST on Friday, February 15th, 2013. I'll choose three names at random from everyone who participates and send the winners an unsigned hardcover copy of Etiquette & Espionage by Gail Carriger. This giveaway is open to everyone on the planet, even if you've won something here at PBW in the past.
Posted by the author at 12:00 AM