Last night I sewed the last stitch of a dream. To everyone else it'll look like a tote bag, one that might be too large and with a design that may seem a little strange. To me it was exactly what I envisioned when I saw the fabric. Probably every other quilter on the planet would have called that swatch a tone print with a weird dark green crackle; I saw the material equivalent of uncut emeralds. 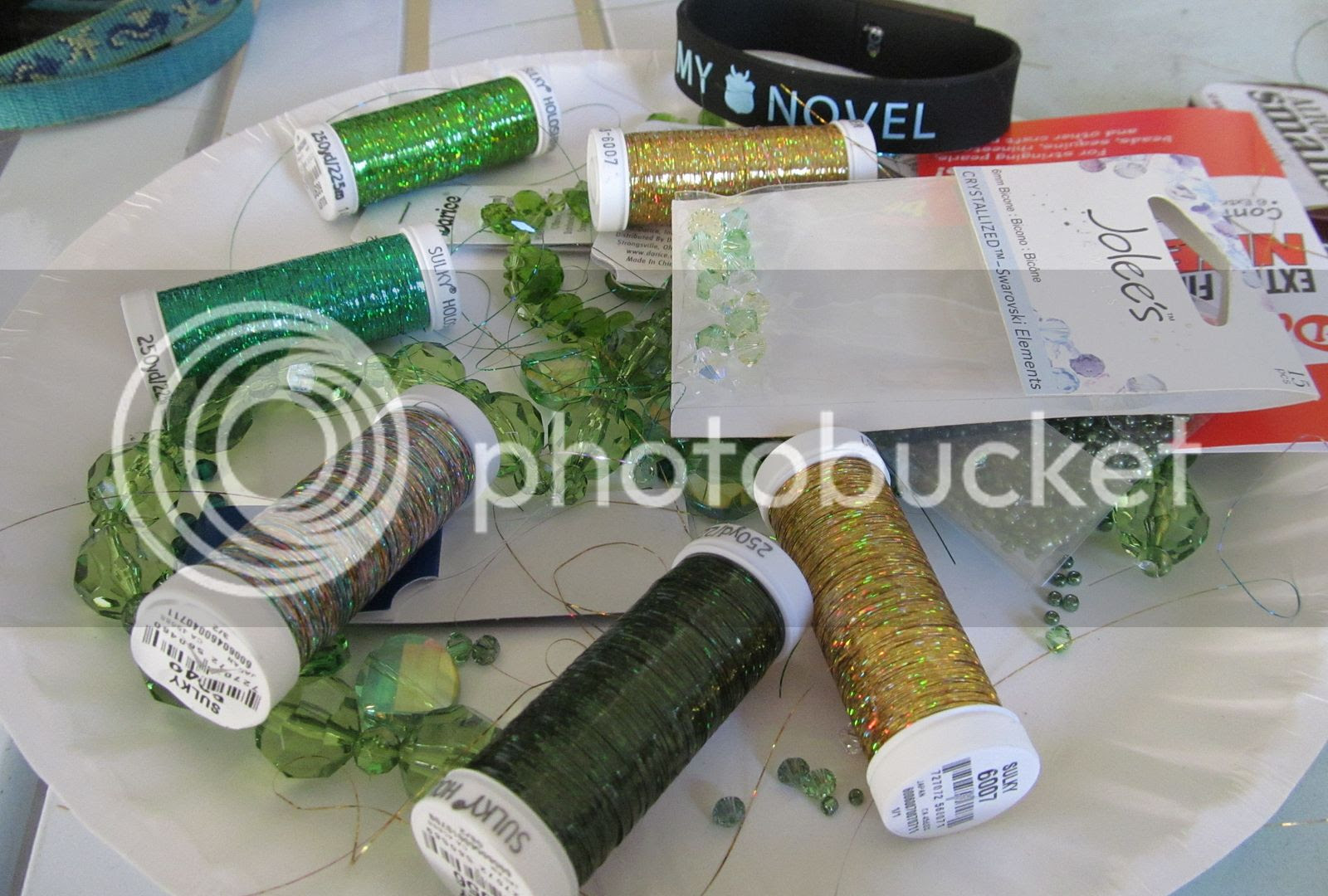 I knew from the beginning that making this odd, unpretty fabric into the vision I had in my head would take some doing. I'd have to be clever with my thread choices and embellishments -- too much would obliterate it, too little wouldn't communicate the idea. If I was too literal in interpreting the design, it would turn out like a bad joke. So I collected threads and beads while I daydreamed, and let it come together gradually, until I could see it as clearly as if I'd already made it.

Taking the first stitch was a leap of faith. I don't jump all that well so while I worked I also tried to talk myself out of it. There were easier things I could do; smarter things, things more acceptable that had been done a hundred times and always came out well. That and it was just a tote bag, for crying out loud. Why was I getting so worked up over something I was giving away, that would never be mine? 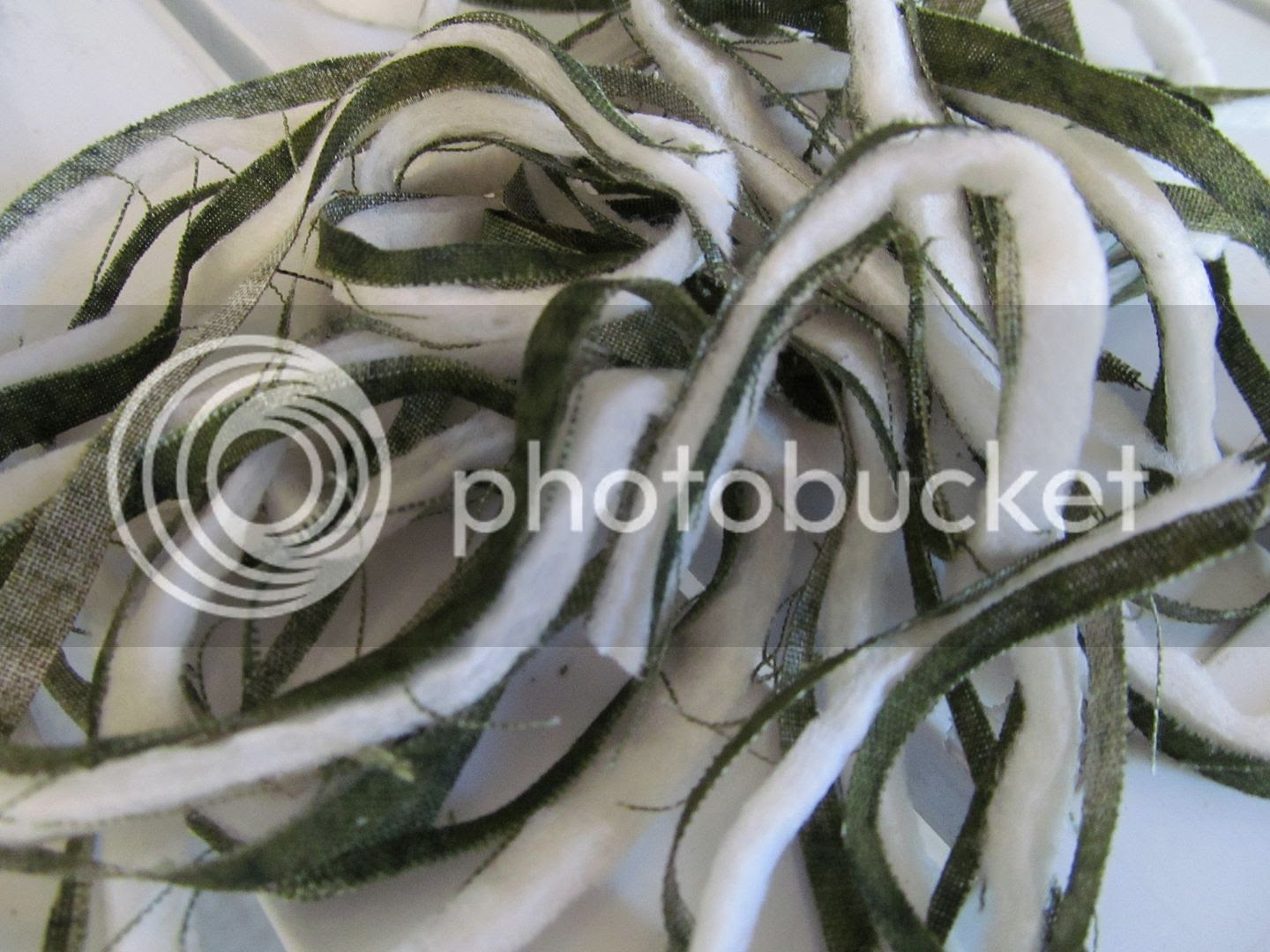 I stitched on. I stitched, measured, pulled out threads that had gone in crookedly and restitched them. I discovered I'd made an error with the seam allowance and had to trim an eighth of an inch off four sides of one panel. There were moments when I wanted to toss the entire project in the fireplace and watch it burn. I stopped thinking about how many people wouldn't like it and how no one but me would really understand it and stitched on.

I finished the needlework and moved on to the beading. I had piled a small mountain of packages and strings of beautiful crystals and stones and glass, all in different shades of my dream emeralds, all waiting for me to arrange them and feed them to my beading needle and stitch them in place. One of the prettiest strands turned out to be plastic, and when I realized that I threw it across the room (and then I ran and picked it up before the dogs could use it to play tug of war.)

I moved on to binding it all together. The green binding I'd picked out for the project now seemed too much like a crayon color, and when I switched it to black that seemed even worse. It was going to be too dark, I told myself as I sewed it on and mitered the corners. The fireplace was still burning. I had enough time left to do something else . . . but I hadn't put it all together. I needed to see it finished, and then I'd decide. I took my guy out to dinner right before my last sewing session, and over salmon and a baked sweet potato I listened to him talking about work so I wouldn't think about the tote. I thought about it anyway. It was waiting for me, waiting on me to make it real. And when I got home I gave myself one last chance to give up on it, then laughed at myself and went to the sewing table.

An hour later it was done. It definitely wasn't perfect -- I'd made it a little too large, and the strap was a bit too wide. But when I carried it past the fireplace, the crystals and the threads sparkled into life, and I saw my dream in my hands, almost exactly as it had been in my head, and that made it worth all the trouble.

Whoever gets this bag may think it's a little weird, not exactly pretty and definitely not the usual thing. I don't know; what someone thinks of my art is not something I can control. They won't be able to appreciate the time and thought and effort I put into it because they weren't with me while I was making it. But when they open the package and take it out, they'll be holding my dream in their hands, and that's why I did it. Because the best dreams are the ones you share.
Posted by the author at 9:41 AM