Most writers are familiar with haiku, a form of Japanese poetry composed in three lines of words that total seventeen syllables (five in the first line, seven in the second, and five in the third.) Haiku are deceptively simple-looking; at first glance they seem like little more than small snapshot observations of nature or life. Then the underlying meaning starts to sink into your brain and spread out, often swelling into something of cosmic proportions.

I often write haiku, and while I've never aspired to create the cosmic variety I enjoy the challenge of the form. I regularly use the nature photographs I take as inspiration (all really great haiku have some allusion to nature in them.) Until my last run to the art store I've never seen anything about haiku except a few books, and then I passed a sale table and spotted this: 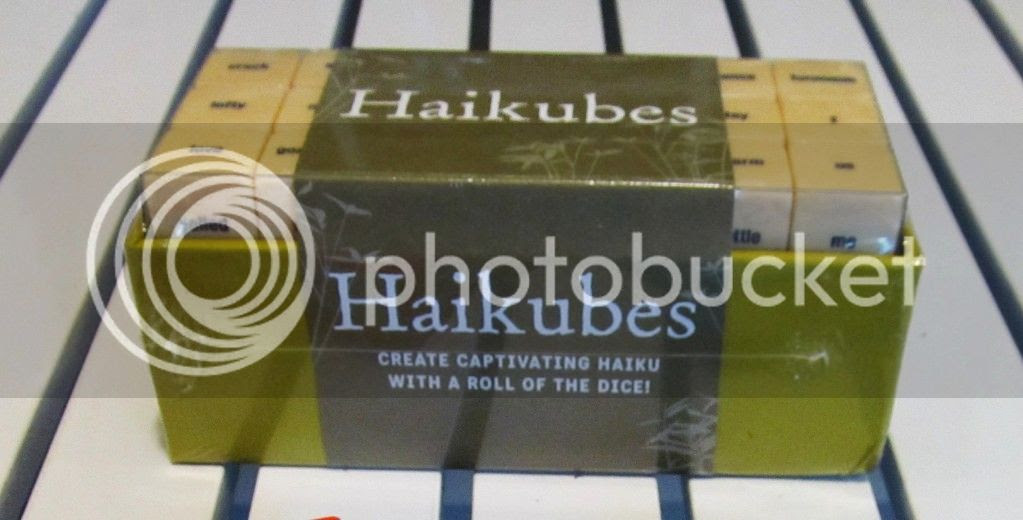 Haikubes are made by Forrest-Pruzan Creative, and distributed by Chronicle Books (the same publisher I've been stalking for their journals.) Basically this is a box of 63 word cubes which you roll like dice and then arrange into haiku: 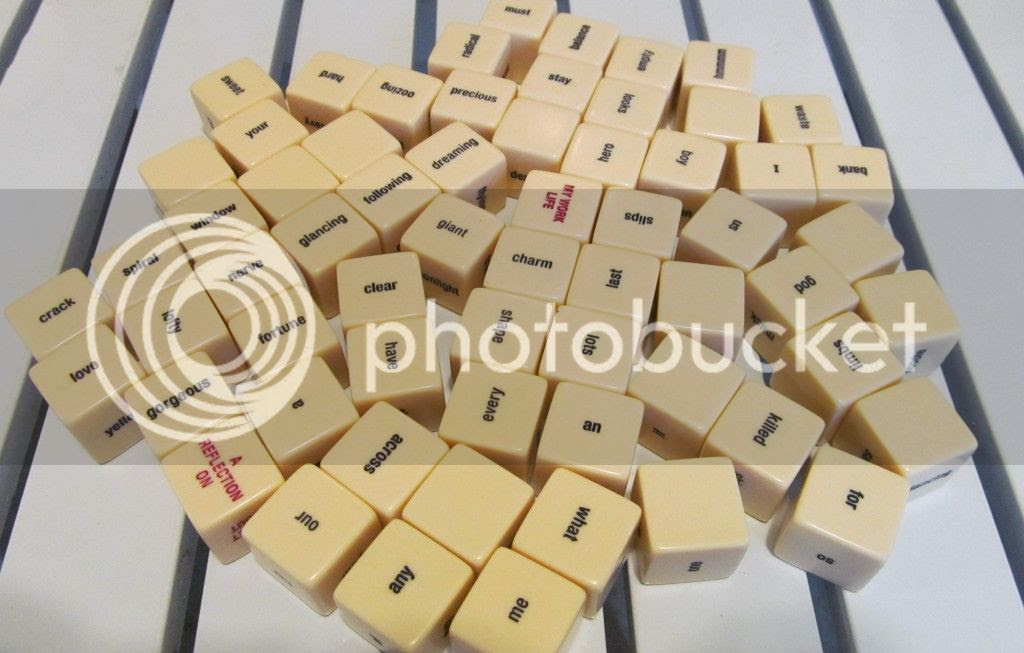 Each word haikube contains five words, and whichever one lands face up is the one you can use for your poem (two of the cubes have words that offer a specific direction and theme to inspire and guide you, and the rest are your poem building blocks.) All of the word cubes also have a blank side. When the blank face came up during one of my rolls, I interpreted that as cosmic permission to use any of the five words on the cube; one could also use it to create a blank space in a line to fill in with a word of your choice.

Once you've perfected your poem and are ready to put your haikubes away you can arrange the set to display your haiku on the very top layer of the box, like so: 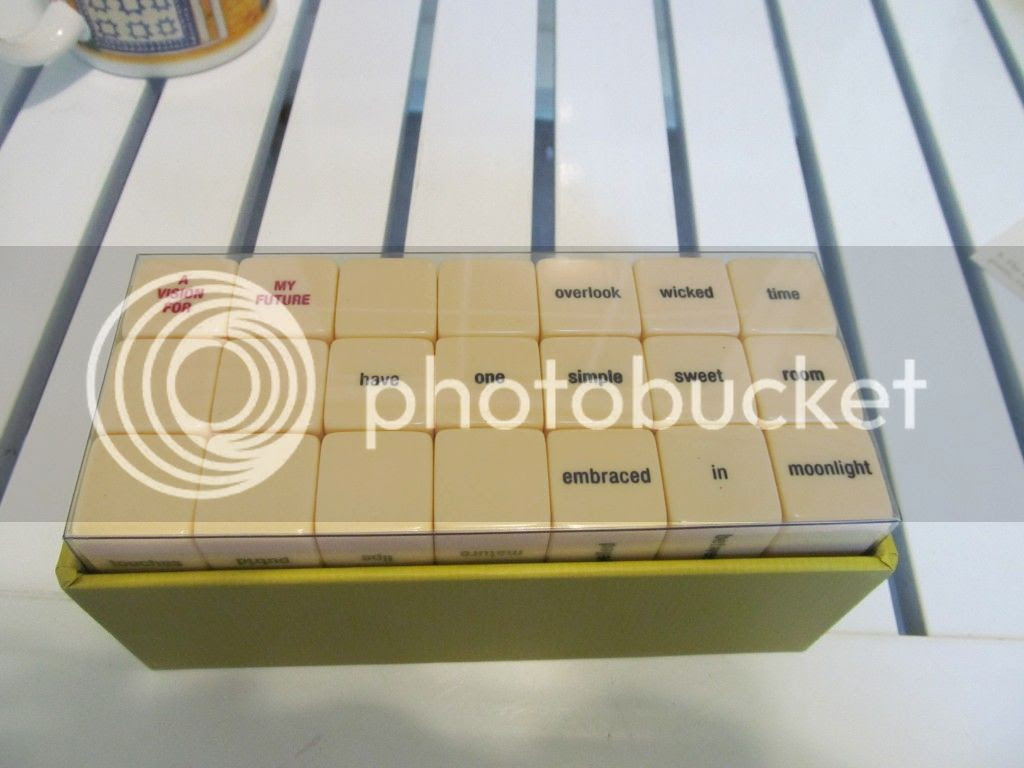 Poetry is a creative battery-charger for me; like journaling it's the writing I do most often for myself. Composing haiku helps me get more in tune with the world around me as well as my inner worlds, and seems to restore a balance between my perceptions and my emotions. As a storyteller I find it valuable, too. When I'm having a difficult time with a character, occasionally I'll write a haiku about them or from their POV, and that tends to shift my focus around the problem I'm having to what I need to know to solve it.

Haikubes aren't cheap -- the set lists online for $24.95 at the publisher's site. I got mine for 50% off, and now that I've tried them I'm going to make another trip to the art store to see if I can get a couple more sets for a future giveaway (I know, I should have grabbed them while I was there, but I wanted to test drive the set first.)

Meanwhile I do have another online giveaway to steer you to -- Tiger Pens Blog is giving away a Kaweco Classic Sport fountain pen in blue (the nibs on these pens are especially nice and have a beautiful flow.) They're also willing to ship internationally, so everyone has a chance. If you'd like a shot at winning, stop in and leave a comment on the giveaway post here.
Posted by the author at 12:00 AM