Waiting at the Finish Line 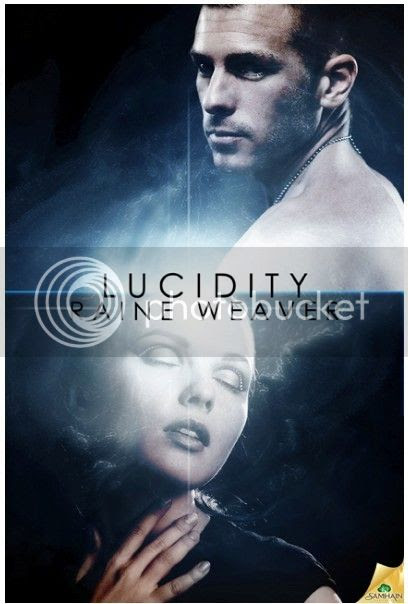 I always have at least one reward waiting for me at the novel finish line, and this time around it's Lucidity, our blogpal Raine Weaver's latest release, which is available in most e-book formats at all the major online retailers (also currently on sale at Samhain for $3.15.)

He’s found the woman of his dreams—in the midst of his worst nightmare.

Carlotta Phelps never considered herself special, except for a peculiar ability to control the course of her dreams. Other than being a handy cure for nightmares, it’s a pretty worthless talent. Until she’s recruited for the One Hundred, a team of lucid dreamers whose combined visualizations have been proven to affect reality.

With a giant asteroid hurtling straight toward Earth and the scientific technology to avert it uncertain, the dreamers are the fallback—the last line of defense. And the man who’s been assigned as her bodyguard is messing with her focus, big time.

Ex-Special Ops soldier Parker Munroe has no idea why he’s been assigned to protect the luscious, gentle-eyed Carly. She’s a frustrating temptation, but he’s a hard-core realist. The only power he believes in is brute force.

Then he learns that his charge, who practically lives in lacy negligees, wields an awesome power—and an even bigger responsibility. She and her kind are being hunted by an enemy he can’t even identify, against which all his skill with weaponry is useless. If he can’t find a way to protect her, the world is as doomed as the heart he’s already lost.

This one had me at Hello. I mean, come on -- a lucid dreamer, an ex-spec ops bodyguard, and a planet-killer asteroid hurtling toward Earth? I am so reading this.

Also, I don't know who is doing Samhain's art lately, but whoever is responsible for putting together this gorgeous, classy cover should be given a raise. A very large one.
Posted by the author at 12:00 AM