Meet Stanley. Stanley is a gopher tortoise. Stanley has been hanging around my yard for about a month now, and sleeping in strange spots, so I'm pretty sure he's homeless. 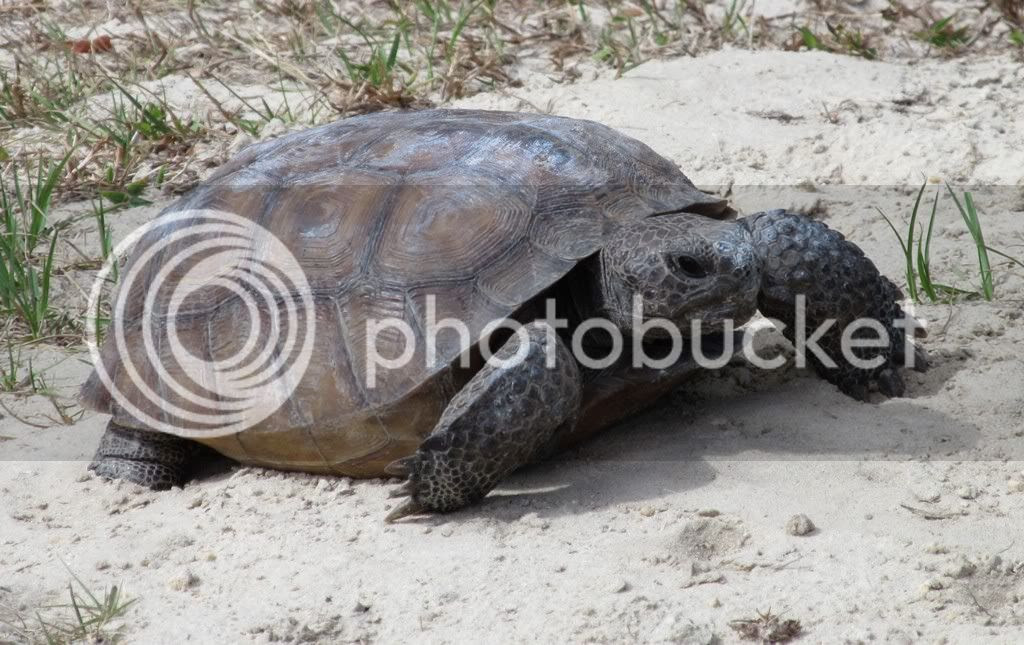 Meet George. George lives in this burrow on my property, which has been his exclusive domain for seven years. 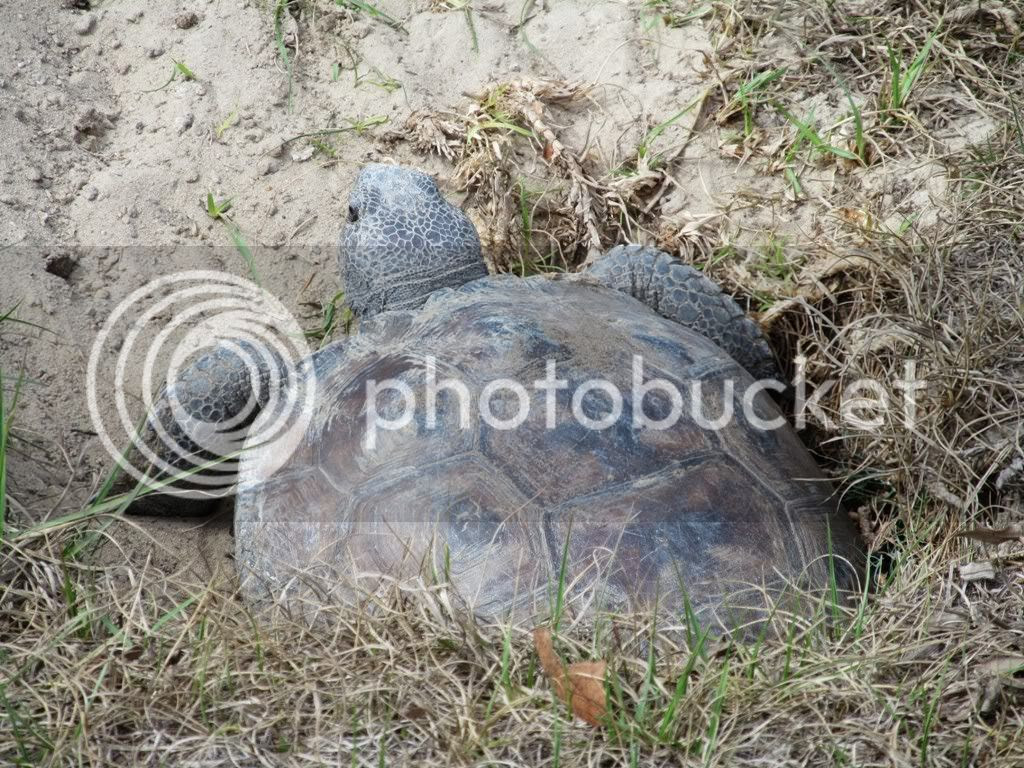 Now anyone want to guess why Stanley has been hanging around my yard? 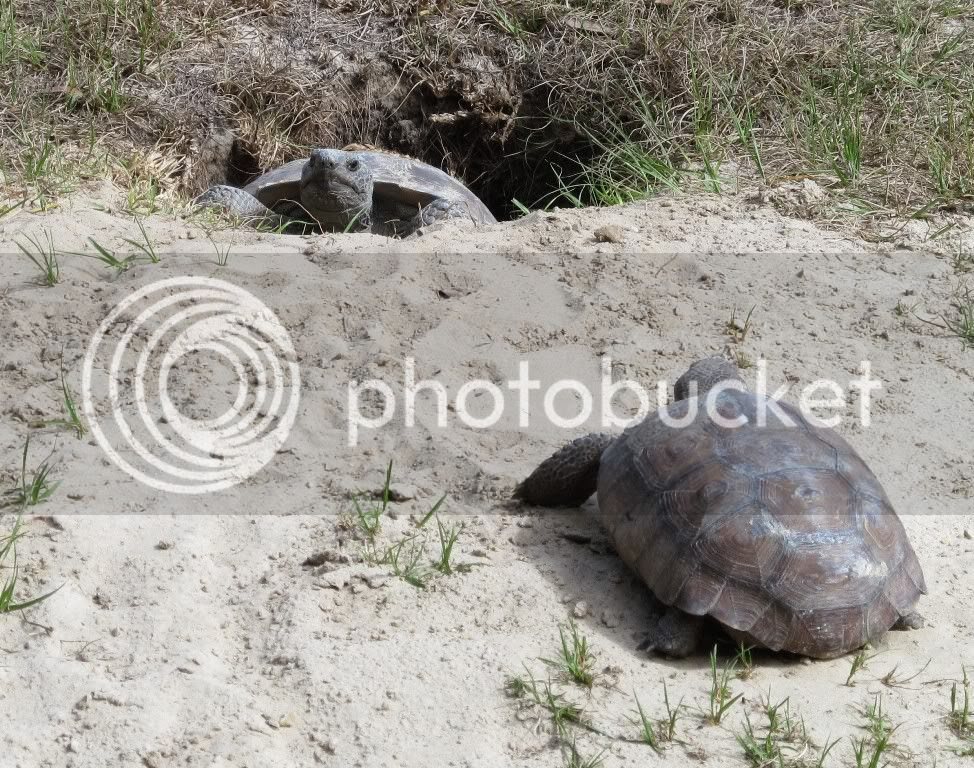 Yes, it appears that Stanley would like to move into George's burrow. I can't ask him why, but I'll guess he wants it because it's roomy, well-established and in a great location. No doubt Stanley also realizes that moving into George's burrow will allow him to munch on all the nice greens in my yard and keep him from becoming tortoise tartar for the local predators.

George, however, does not want to give Stanley his burrow. I also can't ask George why, but I'll wager he feels that finding the spot first, digging the burrow himself and living in it for the last seven years gives him the right to call it his.

George doesn't actually own his burrow; he just dug it out and lives in it. He's protective of it, though, and has had to defend it a couple of times. The people who used to own this property before we bought it didn't like George, and according to neighbors they "filled in" the burrow once when George was out grazing in hopes of getting rid of him. Aside from this being heartless and illegal (gopher tortoises are an endangered species, and you have to have a permit even just to relocate them) the burrows can be up to thirty feet long and twelve feet deep; they probably only filled in the entry foyer. A couple of times we've noticed other critters like black racer snakes, owls and foxes have tried to evict George, too, but with no luck.

But let's consider this dilemma from Stanley's point of view. Since George doesn't really own the burrow, why doesn't he simply give it to Stanley? After all, Stanley is homeless, and he really wants it, and it is perfect for him. Of course giving up the burrow would make George homeless, but really, George has been around practically forever, and has all that experience with finding and digging and defending that Stanley doesn't. It would be nothing for old George to go somewhere else and start over, right?

The point of this story: when you two-legged Stanleys out there e-mail me and tell me all about you, and your plans for making a home for yourself online, and then mention how absolutely perfect the name Paperback Writer is for the weblog you want to start, and then beg me to do things like give you my URL, change the name of my blog, and/or go find another place to write?

From now on I'm going to refer you to George.
Posted by the author at 12:00 AM