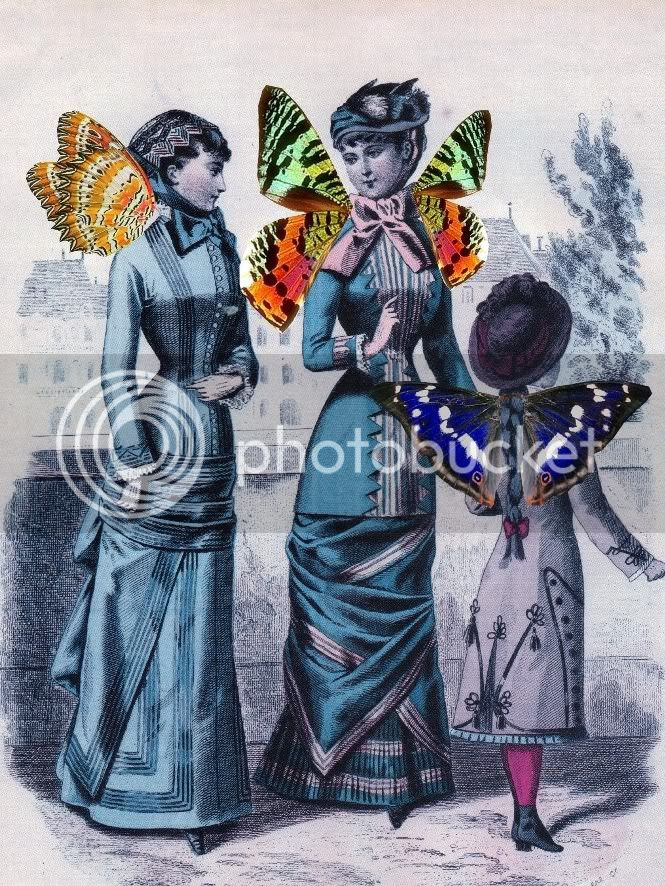 Another of my rewards for crossing the novel finish line was a nice big stack of art magazines (pretty much everything Somerset Studio publishes, plus a few on quilting and sewing.) I parked them on the porch table so I could get my fix whenever the dogs and I came out to hang with the birds.

I admit, I am kind of addicted to ArtMag world. It's an amazing, beautiful place. On this planet (populated entirely by the nicest women you'll never meet) everyone talks about the creative life as a journey of self-discovery. No one ever gets angry or annoyed or has a bad day. While they're effortlessly throwing together the most astonishing projects, they're also finding enlightenment or artistic validation or having some other kind of continuous spiritual orgasm.

In almost every issue there is someone who works exclusively in shades of white, or transforms plastic grocery bags into designer purses, or turns old watches into steampunk cuffs and pendants (which they claim they wear in public. I'm dying to see that.) Their friends are amazingly gifted artists who only want to inspire each other to greater creative heights. Their homes smell of cookies and lavender and baby powder. They have more Victorian art scattered around than Queen Victoria did. They listen to classical music 24/7. There don't seem to be any men in ArtMag World, but there's always a punched copper pie safe in the kitchen, a claw-footed tub in the bathroom, and somewhere near a window a mason jar tied with raffia and filled with sea glass and a single sunflower that never dies.

I want to go to this planet someday, and crash an ephemera exchange tea party so the hostess has to whip up in five seconds a place card for me out of old Valentines and Scrabble tiles. I want to gobble an entire cracked porcelain platter of those perfect chocolate raspberry scones dusted with powder sugar through a doily and sprinkled with edible flower petals. I want to tie bouquets of fresh violets gathered with vintage lace and old rhinestone brooches to the handles of coffee mugs and then watch people try to drink from them without putting out an eye. After we collage the contents of a hope chest into a 5 X 7 shadow box with the word DREAM stamped crookedly on a white-washed Barbie's head, I want to talk about the creative life in words that in our world are most often used to describe scented fabric softener, women's winged sanitary products, and extra-plush toilet paper.

Most of all I want to meet these women -- these fabulous, ethereal, gossamer creatures who evidently don't have jobs, spouses, weight problems, body odor, bills, etc. Apparently they never walk the floors at 3 a.m., sweaty and pissed off because they're having hot flashes or can't turn off their brains. Their lovely white cats sit in windowsills all day instead of hawking up hairballs and sharpening their claws on the furniture. I never see one of these artistic types perspiring as they plow through a six pound stack of their art while their peach tea goes cold and the ant bites on their right foot itch like the devil. They certainly don't seem to get hate-mail from disgruntled folks who decide they've forced their art on the world, and for whatever reason it offends justifies the audience bitch-slapping the artist with partially-starred expletives. No, I think they just shimmer all day as they flit around on translucent jewel-toned wings, like butterfly people.

Maybe this is why so many creative souls fear they're not legit; because they don't live on ArtMag world. They don't sprout wings the minute they rise from their not-so-snowy sheets. When they look at themselves in the mirror, they realize their T-shirt and shorts don't match, or their bra is giving them a uniboob, or they haven't shaved their legs in two months. They go out to drink the coffee they got on sale out of a chipped Garfield mug, and pet their scrawny tabby cat, which has shown its love by depositing an eviscerated lizard on the seat of the spouse's favorite armchair. The mail doesn't arrive in envelopes covered with calligraphy tied together with an ombre silk ribbon. Friends call only to bitch about their bad marriages or ask some insanely inconvenient favor. The tea parties in this world are run by the likes of Rush Limbaugh.

I know I'll never live in an ArtMag world. Writing is not especially pretty. Most of the time it's very hard, exhausting work that seems to take forever and can't be accomplished by gathering a list of supplies and following half a page of instructions. Our results are always and forever a stack of printed pages and that's it. You can dress that up with as many rhinestone brooches and dew-spangled violet bouquets as you want, but underneath all the ephemera you pile atop it the work remains work.

To be honest, I don't think ArtMag world exists. I think the all-white artist has a house that smells like chlorine and chalk, and the baker just burned her latest batch of scones because her mother called and distracted her, and the steampunk jewelry maker has to get a tetanus shot because she sliced her finger open while dissecting that rusty old watch. They live in the real world, just like the rest of us poor slobs, and while you'll never see the bleach bottles, burnt offerings or bloodstains in a magazine, they're still there, just beyond the butterfly wings.
Posted by the author at 12:00 AM