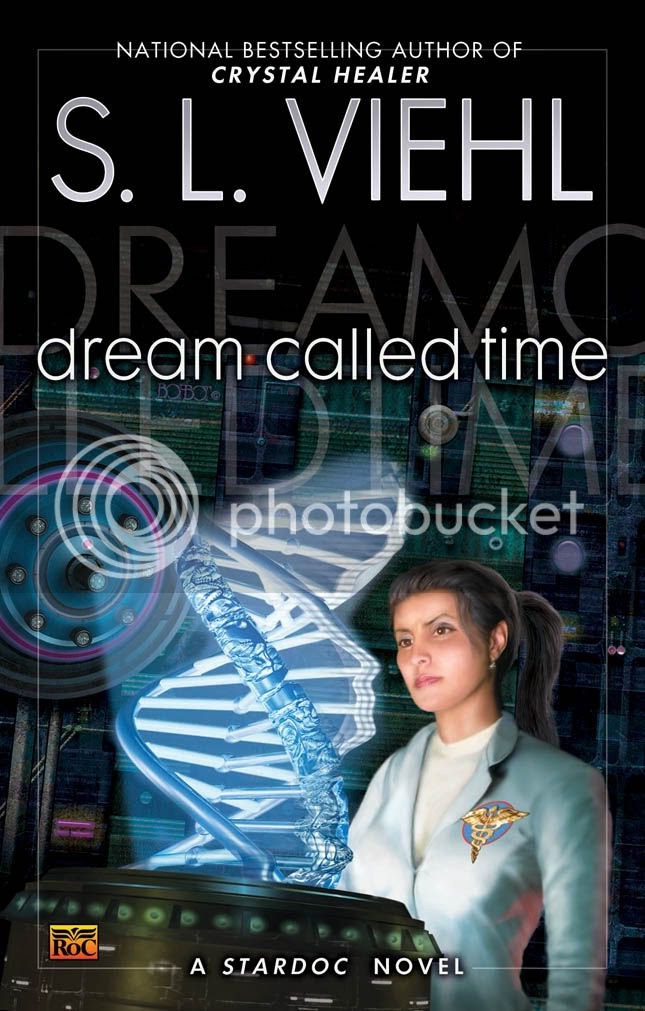 The proofs for Dream Called Time are sitting on my desk, waiting, ready to be corrected. One more read-through for typos, fax any corrections to NY, and I'm finished another series.

Well, not just any other series. The first series, the longest series, the series that has been a personal mission from day one. StarDoc. It's been a long time coming, and now it's here.

While I was doing my annual spring cleaning of the filing cabinets I found the very first incarnation of StarDoc, a short story titled Border FreeClinic. I always thought I wrote it in 1997, but turns out I was a year off: I wrote it in February of 1996. StarDoc is fourteen years old; just a little younger than my daughter. I'd also forgot what I first named the character who would eventually become Duncan Reever. Do you think StarDoc would have been the same if it featured Cherijo Grey Veil and an interpreter named Tyler Jackson?

(Okay, quit laughing. I have a nephew named Tyler, and a dear friend surnamed Jackson.)

I read the story, and after all these years I was surprised. Other than changing the interpreter's name, and making him a much more complex and important character, the original short story that inspired the series isn't all that different from the novels. I never sent the short story out anywhere; at the time I was just playing with concepts and really wrote it for myself. If you'd told me back then that a 22-page short story would turn into ten science fiction novels, I'd have laughed myself silly.

Moral of this story: You never know what might come from the next thing you write. Honestly.

To celebrate my final work on the series I think I should do a giveaway, too, so in comments to this post, name a book series that you've recently discovered that you're enjoying (or if you're not into series novels, just toss your name in the hat) by midnight EST on Saturday, April 10, 2010 Sunday, April 11, 2010 (entry deadline extended due to my unplanned absence.) I will select one name at random from everyone who participates and send the winner a signed photocopy of my original short story Border FreeClinic, as well as a signed, unbound galley copy of Dream Called Time, the tenth and final StarDoc novel, which will not be released until August 2010. This giveaway is open to everyone on the planet, even if you've won something here at PBW in the past.
Posted by the author at 12:00 AM