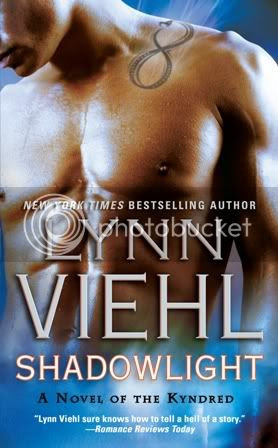 I should really name this post The Surreality of a New York Times Bestseller because of the rather spooky results from the
Times Pool contest. For those of you who missed it, I had a contest post and asked people to guess whether or not Shadowlight would make the Times bestseller list, and if they thought it would to also pick what position on the list it would debut.

I was surprised to see so many "yes" entries, and such optimistic and flattering predictions as to the spot it would take on the list. And honestly, I thought you all were being very nice, but I expected if I were exceptionally lucky that the book might show at the end of the extended list, somewhere between #25-#30.

The one funny thing I did notice was how many people chose #17 (and many mentioned that it was the first thing that came to mind.) In fact, #17 was guessed more often than any other position number in the contest. Which I thought was weird because the only Lynn Viehl novel I've ever had rank in the top twenty portion of the list barely squeaked on at #19. My last LV release, that pink one I never want to talk about, hit at #27. So why pick #17? Odds were definitely against it. But now I know you guys picked #17 because . . . you're all psychic.

I found out today that Shadowlight will debut on the Times bestseller list at #17.

As promised if there were multiple correct guesses, I put the names of everyone who chose #17 into the magic hat, had Kat pick one at random for a little extra good luck, and the winner of the Times pool is:

JulieB, who wrote: I don't know why, and I realize other people have said this too, but the number that came to mind was 17, immediately.

Julie, when you have a chance, please send your BookWish and ship-to info to me at LynnViehl@aol.com -- and please, use e-mail, not your psychic power.

Thanks to everyone who joined in the pool, gave me so many votes of confidence, bought the book, reviewed the e-ARC, blogged about it, spread the word, shared in the fun and collectively made Shadowlight a top twenty Times bestseller. You guys are the best, and you have definitely got the power.
Posted by the author at 12:00 AM