From Here to Print

Back in April I posted a sub ops list that included some info on Damnation Books, a new e-book publisher specializing in a variety of dark genre fiction. As with every sub ops list I put together, I hoped it would be of help to writers out there who were looking for that sort of market.

A short time after that a writer overseas e-mailed me to let me know that he had seen the listing on PBW, submitted a manuscript to Damnation Books, and had received an offer. This kind of news always makes me very happy because I want PBW to be a real resource for writers, and you don't get any more real than an offer of publication. The writer and I corresponded a bit and discussed some of the details; I offered some opinions and advice and hoped it would work out for him.

Well, as I found out this week, it did. 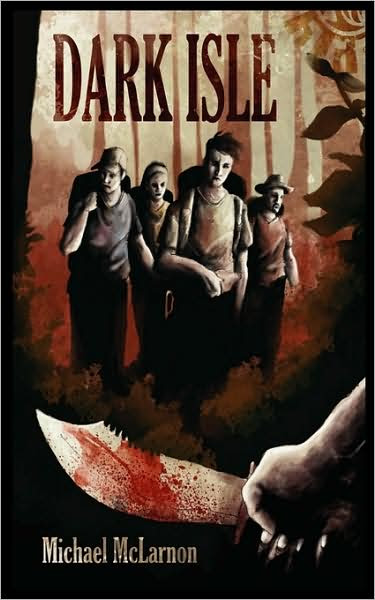 This week author Michael McLarnon dropped me a note to let me know that his horror thriller novel, Dark Isle, had been released by Damnation Books in e-book and print format from Amazon.com and Barnes & Noble.com.

Here's a little more about the story: "On the high seas, a luxury cruise becomes a horrific nightmare at the hands of modern-day pirates. Many on board die but a few manage to escape to a dark isle. In the dark heart of a tropical jungle, in the centre of this mysterious island unmarked on any existing map, Harry and Cassie Carragher are forced to fight for their lives. They make a terrifying discovery and come face to face with their worst fears. The pirates were just the beginning."

See, this is why I never go on cruise ships. I mean, aside from all the throwing up I do the minute I step off dry land.

Michael was kind enough to send me an e-book copy of Dark Isle as thanks, but of course I had to immediately order some print copies for my other-author brag shelf and to give away here. So if you'd like a chance to to read the book along with me, in comments to this post name an author or book you've enjoyed that you discovered online (or if you can't think of one, toss your name in the hat) by midnight EST on Thursday, September 24, 2009. I'll choose five names at random from everyone who participates, and send the winners an unsigned copy of Dark Isle by Michael McLarnon. This giveaway is open to everyone on the planet, even if you've won something here at PBW in the past.
Posted by the author at 12:00 AM