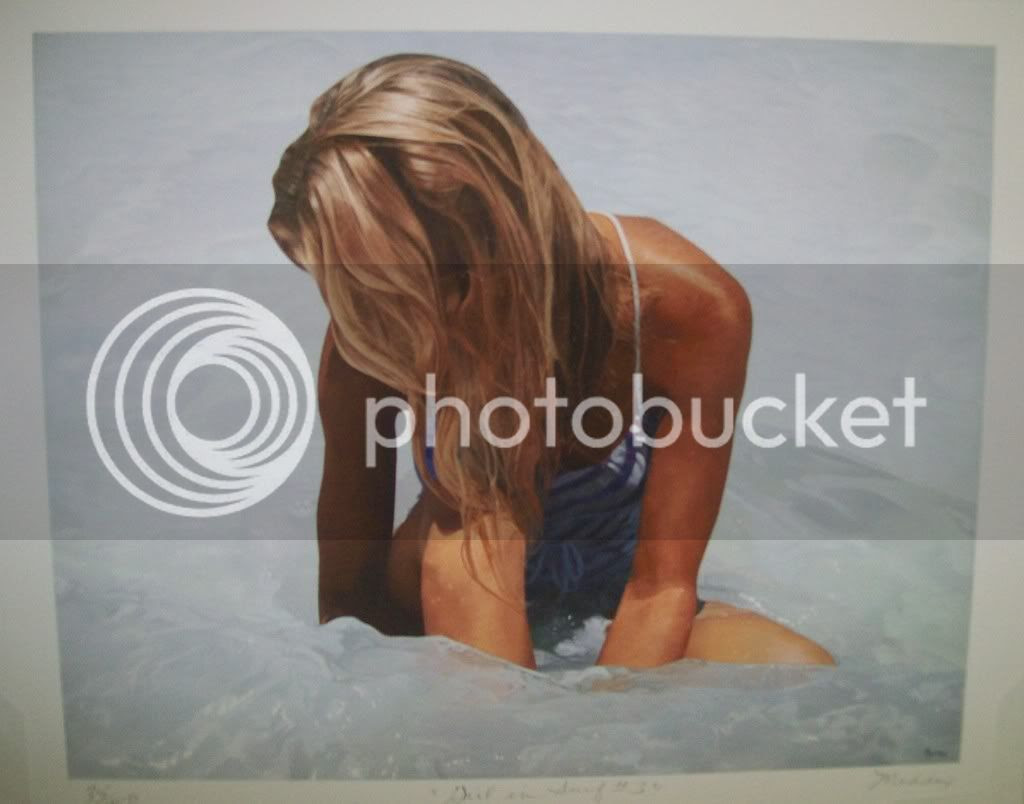 I'll never run marathons, dance all night or play Twister again, but I'm a pretty decent swimmer. I love water; it's the only thing on this planet that makes me feel elegant and weightless, and swimming is the one exercise that doesn't put too much stress on my joints. I grew up near the sea, so that's likely why water has always been my favorite element. Whenever I needed renewal, I go to the nearest beach or body of water, and I always find it there.

As much as I love the water, I also respect and fear it. I nearly drowned in a rip current when I was nine. A guy I went to high school with lost his arm during a shark attack when he was out surfing. I took lifeguard training in my teens, and had another near-brush with death when I was swimming with a weight belt and got hit with leg cramps. Some of you remember Frank, a friend of mine who commented regularly here at the blog, who died with his wife in a boating accident.

Water is beautiful, but it is also a force of nature, and it can't be controlled, owned or ever taken for granted. Swimming means being immersed in that power, with its pressures all around you. You have to keep moving, even during those times when all you can think about is when you can take your next breath. That's all swimming really is: continuous effort, and waiting to inhale. 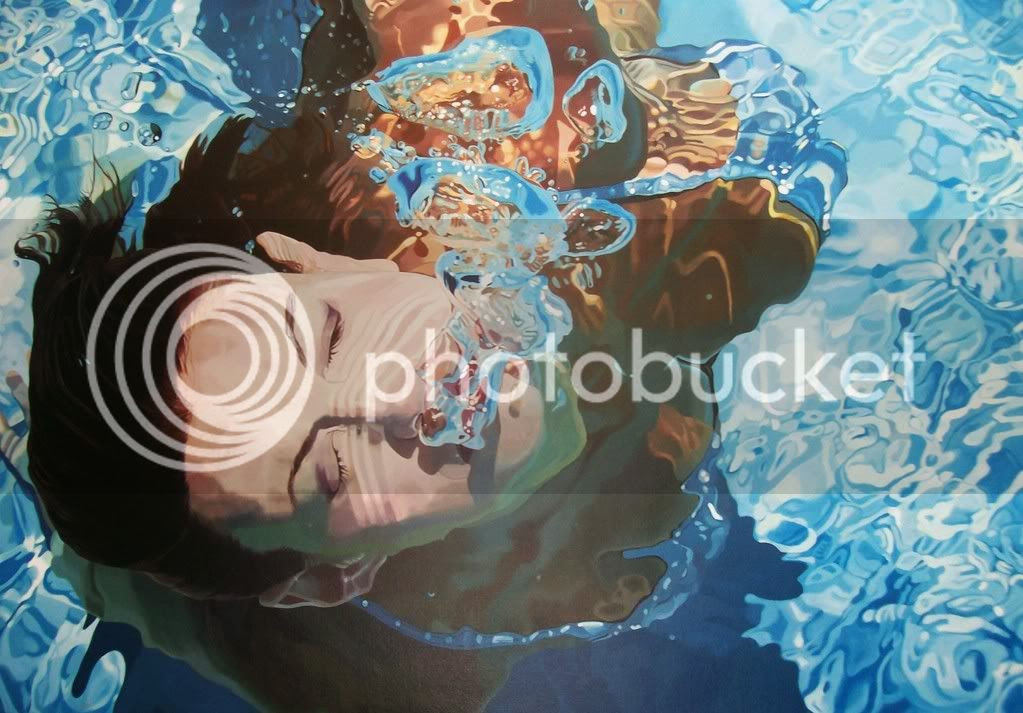 No one taught me how to swim. I found out through trial and error, playing at the beach as a kid, going out a little further into the waves each time, discovering first how to float and then how to dog-paddle. I probably would have learned faster with proper lessons, but there was no money for that. As with almost every other skill I've learned in life, I had to observe, study, experiment, and teach myself.

I can remember clearly the very first time I tried to swim in about three feet of water; the way the salt water stung my eyes and how long I coughed after I snorted a lungful of ocean up my nose. But I also remember that amazing feeling of being part of the sea, my body being supported and cradled and hustled along all at the same time.

Water worked its way into my imagination. I collected seashells and painted fish and spent endless summers at the beach, always in the water -- no sand castle building for me. I dreamt of being transformed into an aquatic creature and living out my life on a waterworld. And I wrote stories, and much later on wrote a couple of SF novels about that imaginary life. 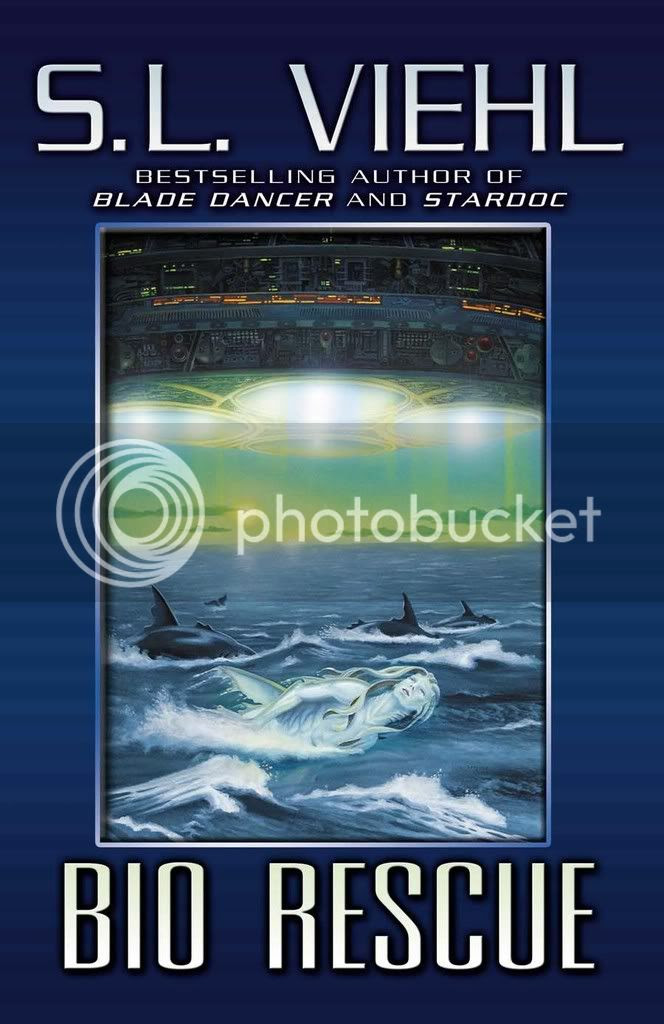 No one is born knowing exactly how to swim, but anyone can learn and get better with practice. You can take lessons or you can teach yourself, but diving in alone that first time is scary, and incredibly freeing. If you fight the water, you'll flounder; if you keeping fighting eventually you'll sink. If you surrender completely to it, you can get swept off and carried away. The only difference between swimming and drowning is you.

You can also love to swim and still find a lot of excuses not to do it. Swimming is time-consuming, demanding, and ultimately exhausting. It can seem messy and inconvenient and not worth all the trouble. There are sharks out there who can smell a drop of your blood from a mile away, and rough seas, and constant storms. Sometimes you have to travel great distances to reach the water, only to find that the beach is closed, or it's been fenced off, or there's no place left to park.

There are other swimmers out there, too. Swimmers who are a hundred times better than you will ever be. Without even trying, they make you look like a total klutz. They don't go away, either; they just get younger and better every year.

Then there is the solitude of swimming, because even when you swim with a buddy you're still alone in the water. No one can hold your breath for you; no one can kick your legs or lift your arms or keep you bouyant. The ever-present danger of failing and sinking or being swallowed up by an enormous wave or some lurking monster will always be there, swimming right alongside you as well. No matter who is in the water with you, fear is your buddy on every swim.

It is much, much safer never to go near the water. Far easier to sit up on dry land, bask in the sun and work on your tan. You can amuse yourself by laughing at the novices splashing around, and sneer at the dedicated swimmers slogging along. Up there where it's safe and dry, there are no monsters or rip currents, no risks or dangers. No effort required. No waiting to inhale.

The funny thing is that however we feel about it, the water doesn't care. It was here long before us, and it'll be here long after. It doesn't serve us. It doesn't matter to the water who we are or how well we swim. It will never admire our swimming trophies or condemn us for not winning them. It doesn't choose or reject us. It accepts whoever dives in. It ignores whoever doesn't. It doesn't need us or want us. It's not aware of us. It is just water. Forever.

If you can know that and still wade in until the bottom falls away and you're all alone, holding your breath and swimming and becoming part of it, then you'll discover what the beach bunnies will never know.

And that? Is writing.

Photo credits: Paintings by Jeannie Maddox; "Diver" photo taken of the original painting with permission of the artist's husband; "Girl in Surf" print part of PBW's personal collection.
Posted by the author at 12:00 AM