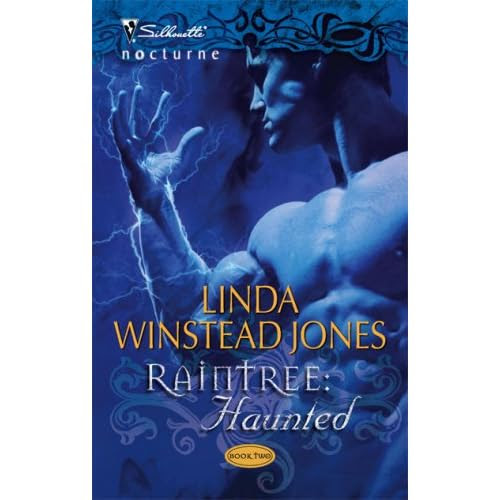 That's beautiful cover art, isn't it? I love lightning. Well, not so much when it strikes within ten miles of the house, because it knocks out the electricity, the land phone lines, the cable, and anything else that isn't powered by Duracell. But aside from the way it messes with our gadgets, lightning is a beautiful part of Nature.

Back in April I did a giveaway for Raintree: Inferno by Linda Howard, the first novel in a new Nocturne trilogy. Last week when I saw the second novel, Raintree: Haunted by Linda Winstead Jones, was out I grabbed all the copies left at BAM (four.) And some of you, my Wednesday readers, are going to get your hands on them.

In comments to this post, tell us what element of Nature you admire most, and why, by midnight EST on Friday, June 22, 2007. I'll draw four names at random from everyone who participates and send the winners an unsigned copy of Linda Winstead Jones' Raintree: Haunted (also, if the winner hasn't yet read it, I'll throw in an unsigned copy of the first book in the trilogy, Raintree: Inferno by Linda Howard.) Giveaway open to everyone on the planet, even if you've won something at PBW in the past.
Posted by the author at 12:00 AM