Being a teen was not bliss for me. The only good times I had were the years I spent reading through libraries and serving in the military. By the time I was nineteen, I could field-strip an M-16, recite Shakespeare's plays from memory and jumpstart a heart -- and yet adults still treated me like a student in need of a lecture, a puppy off the leash, or a cute chick with a nice rack. 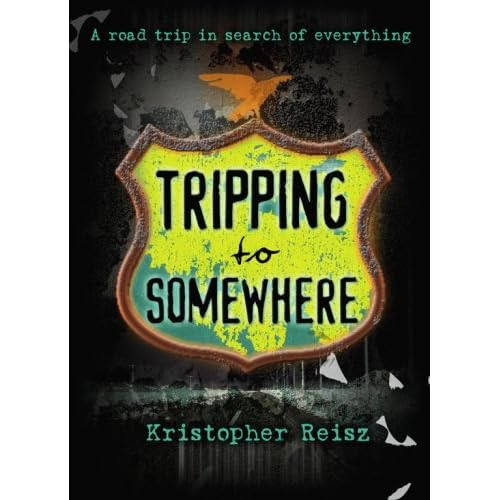 I don't read a huge amount of books about teens because I'd rather not revisit those years, even vicariously, but I do keep my eye out for new writers of great interest in any genre. That's why when Kristopher Reisz's first novel, Tripping to Somewhere, hit the shelves I went out immediately to grab it.

Prepped as I was by Kris's blog to be caught up by his prose, Tripping to Somewhere still short-sheeted me. Be warned, ye Soccer Moms and Little League Dads, The Princess Diaries it's not. Kris didn't pen the usual Ditzney teen girl fantasy composed to reassure us grownups that sugarplums, Prince Charming and Saving It For the Honeymoon are the only things dancing in those pretty little heads. Instead, he gives us a dark and often harrowing urban fantasy about two quite authentic teen girls who do what most of us wished we could back when we were dousing ourselves in Ten-O-Six Lotion: go reckless, damn the consequences, escape our lives and chase the dream we were almost sure was out there.

The magic in this novel isn't only the Witches' Carnival (although it is surreal, hip and very intriguing) or a road trip in search of them and everything (which is dark, scary and so real you feel like you're riding shotgun); it's Kris Reisz's story wizardry and shining honesty on the page. By the time you get to the ending, which I think Rilke himself would have called beautiful and brave, you might catch a glimpse of your teen years in this novel, and whatever was your personal Witches' Carnival.

I am saved from performing the established author coo about how promising Kristopher Reisz is as a writer. Is there anything more insulting than that condescending crap? But even if I was that snotty, I wouldn't have to; he's already made good on the promise with his debut novel.

But as always, you don't have to take my word for it. In comments to this post, tell us about one wild, reckless or magical thing that you wanted to do at some point in your life. Post no later than midnight EST on Friday, 10/27/06. I'll draw ten names at random from everyone who participates and send the winners an unsigned copy of Tripping to Somewhere by Kristopher Reisz. Giveaway is open to everyone on the planet, even if you've won something here at PBW in the past.