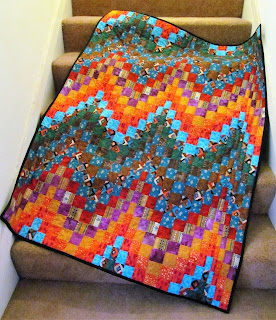 On the last day of every year my tradition is to sort through the archives to see how things went, what I accomplished (or didn't) and get some ideas on ways in which to improve things with PBW and my writing life.

I put the blog on hiatus for almost five months this year, which gave me a much-needed vacation from the internet so I could focus on my work. That was probably the best thing I've done for myself creatively in a long time. Unplugging allowed me to get back to what I really love about writing: writing. For the length of my hiatus nothing got between me and the page. I came back with a better attitude, which I needed when I dumped Photobucket as my image hosting site and finally deleted two other static blogs. I have a lot of work to do on PBW to replace the images in the archives, but I'm on that now, and hope to have them all restored in a few months.

Behind the scenes I actually quit all of my freelancing work halfway through 2017 to become a partner in a publishing venture. It was a gamble, but I've been rolling the dice since traditional publishing and I parted ways. I can't get into details, but I'm happy, busy, and have the creative freedom to do what I do best. I hope to keep this job until I retire. 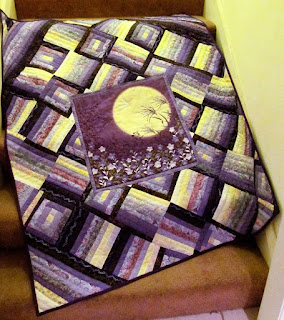 I think 2017 was one of my better years for being creative with my sewing. I took chances and tried some new things, like designing the two quilts pictured in this post, and making my first serious attempt at art quilting. I learned a lot, had fun and added some new techniques to my repertoire. Documenting everything on my Tumblr blog definitely helped keep me motivated.

On the downside, I tried to do NaNoWriMo this year but computer woes, work obligations and life in general forced me to bail about halfway through it. I did get out to four real-world NaNo write-in meetings, and joined a small writers' group I met in the process. My youngest also moved away to attend university, which left me and my guy on our own for the first time since 1989. I miss her every day, but I think I've adjusted fairly well to the whole empty nester thing. Making meals is the biggest challenge -- I've never cooked for just two people, so I'm downsizing recipes and figuring out how to use leftovers creatively.

I also did not lose the last 20 pounds for my ideal weight goal. I had some issues with my arthritis that kept me less active than I would have liked, and pretty much yoyoed between 145-150 lbs. for most of the year. After two years of it I'm also really tired of dieting, so that didn't help. The good news is that I didn't gain back any of the thirty pounds I lost in 2016. As of the writing of this post I am 149 lbs., so I'll say the official loss for 2017 is 5 lbs. I'll keep trying to take off the last fifteen pounds sensibly.

Many things shadowed 2017. Too many. We've all had to live with it as part of our daily lives now, so I'm not going to rehash it. I'd rather ask you that whenever and however possible, be part of the light.

As I did last year I'm going to skip the usual best-of links list. With the way the world is now I'm not investing in a theme or resolution for 2018; I just want to be supportive of my friends and family, do some good and generally not add to the evil and dark out there.