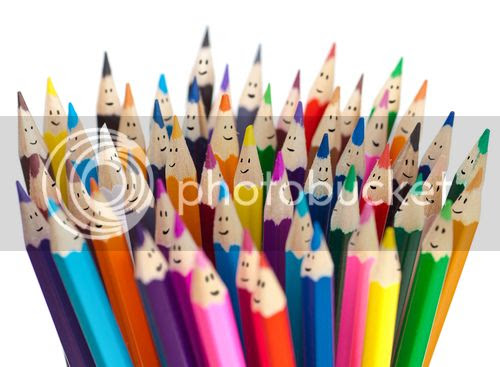 You may not know this about me, but I'm a green. As a kid I was a blue, then went all Goth-black during my high school poetry days, and then faded back to a blue again. I had a couple years when I bounced between being an orange and a plum, and a couple other duos, but about ten years ago I finally settled on being a green. A dark green -- pine, hunter, shadowed emerald, that end of the scale -- but definitely green.

Why? Well, it's not because I'm green with envy, or greedy for the cash variety of green, or even ready-to-puke green. Green has always been a color symbol of creation to me. As colors go it's fresh, cool, and soothing. It's always growing. That's what I want to be -- and to remind myself to be -- so I embraced being a green.

I assign color tags to characters in the same way. Most of the time I use character palettes, but I've assigned single color tags to many of my characters, too. Cherijo from the StarDoc books was always a silver from the minute she popped up on the page. For me character colors can change, too -- Alexandra from the Darkyn novels began as angry scarlet and changed to lavender when she became an immortal and got tangled up with Michael, who I'd tagged as a lovely sky blue (which was also the reason I chose that scent for her.) Some character colors are so strong in my head I doubt they will ever change (for reasons that will ruin some books I haven't yet written, Dredmore from the Disenchanted & Co. series will forever be a gray to me. Since that color is now associated with all things naughty it also annoys me immensely, but I can't change it.)

Using color association with your characters is another of those creative things you can do to enhance them. You don't have to use a single color, or resort to a huge palette, either. Make a list of your character names, and beside them write the first color(s) you think of when they're in your thoughts. This can be something you draw from their physical description (Cherijo being a silver came from the sheen of her hair) or something you associate with them (Jessa Bellamy from the Kindred novels was a sapphire blue thanks to the original paint on the house she grew up in.) If you have nothing you associate with the character that gives you a color tag for them, pick a random color.

Once you have your color tag list, you have some visual mojo to work with in developing your character. Let's say your female protagonist is a pink: a bright, bubblegum shade of pink. Okay, not my favorite color, but I'm working on rehabbing my negative attitude toward pink. Meanwhile, you're already forming your own opinions about this gal based on that color tag, right? Is she girly, childish, pretty, naive, shy? Or is she hot, sexy, daring, electric? Pink is the symbolic color of hope for the victims of breast cancer, so it has a more thoughtful/wishful association, too. Pink can be a power color as well -- if you're wondering how a pink-tagged protagonist can be kick-ass, you should read Karen Marie Moning's MacKayla Lane novels. That chick is ferociously pink.

If the first tag you choose for your character doesn't inspire you, trash it and pick another color based on why the first color didn't work. Let's say your protagonist doesn't feel like a pink because she's dark-mooded and has a mean streak. So what is the color of dark/moody/mean? For me it's the purple-red of a fresh bruise, but your association will probably be different.

Choosing color tags for your characters won't solve all your development issues, but it can help you think in different directions as you build your story people. Too often writers construct their characterizations based solely on appearance, which while convenient is really lazy writing. Try tagging your crew, and see what assigning colors can do to inspire how you bring them to life on the page.

Image credit: Audrey_Kuzmin
Posted by the author at 7:00 AM