Another Side of Savannah

Most of us have places in the world that we love and never tire of visiting, and one of mine is the city of Savannah, Georgia. I can't go there every year, but if it were possible I would. I've photographed it, blogged about it, and even put together a little book about it. Actually, if it were up to me, and I didn't have anyone else's needs and wants to consider, I'd be living there right now.

I take family and friends to Savannah on a regular basis, but it's one of those rare places I also feel comfortable visiting by myself. Alone in the city I'm a very happy soul, and fair weather, a camera, a notebook and good walking shoes are all I need to keep me that way. Oddly enough I don't read many fiction books set in Savannah, however, because I find more often than not the author doesn't know the city very well, or in some way makes it obvious that they've never been there. That pains me to no end, because I consider it a writer's city. 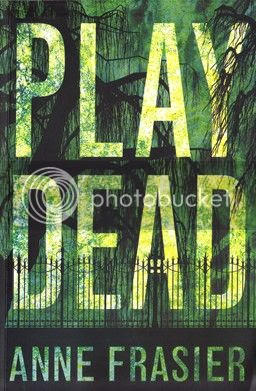 My past bad luck with fiction set in Savannah was finally broken this month by Anne Frasier and her absorbing crime fiction novel Play Dead. This is the story of Savannah P.D. homicide detective Elise Sandburg, who must investigate a series of murders in which the victims come back to life. She's also coping with her new partner, former FBI agent David Gould, who has a history as haunted as her own.

Abandoned as an infant in a cemetery, and said to be the daughter of an infamous conjurer, Elise has tried everything she can to keep her past out of her policework -- but this case demands she revisit some of those dark places. As she draws closer to solving the case, the practical cop must keep her troubled partner from going off the deep end, confront some very hard truths about herself, and stop a killer who will stop at nothing to keep playing with the dead.

I thought Play Dead was, like all of Anne Frasier's work, exceptionally well-researched, masterfully plotted and beautifully written. Her characters are tangible, fully-realized people who simply can't be counted among the usual, artfully battered, puddle-shallow Mary Sues of crime fic. Like us, the characters are genuinely flawed and conflicted and not always heroic 24/7. This novel is very dark at times, and the violence graphic, but never more so than the story demands. Like chess pieces on a board, every element was placed exactly so, but it never read like a game. It read real. Add to that a city under siege by a dreadful killer, the many dark sides of the city itself, and a puzzle you have to solve along with Elise or lose one of the most stellar characters in the book, and you have it all. I could not put down the book, even when I wanted to. 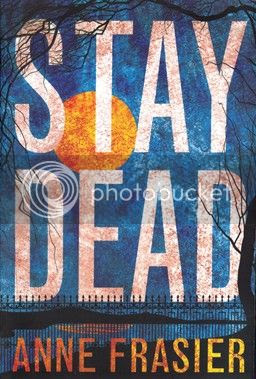 The pleasure of reading Play Dead made me very happy I'd also invested in the sequel, Stay Dead, at the same time. I grabbed this book and opened it so fast I nearly ripped the cover. What's most immediately interesting (and temporarily distressing) about the story in Stay Dead is the time transition. A very significant event obviously had occurred between the timelines of the two books, and at first I thought I'd missed a novella or a short story Anne had written in between them. Yet as I read on the reason for the timeline shift became apparent, and I saw why she didn't start with the missing event. It's pretty daring to do this to your readers, especially in these days when Publishing presses authors to explain every detail upfront so no reader has to actually think about the story.

In Stay Dead we find Elise recovering from this missing event (I'd get more into details but I don't want to spoil it) and still dealing with some fallout from the case in Play Dead. Her relationsip with her partner David is likewise in transition and heading into unfamiliar territory. This book for me was as much about David and Elise as it was about the case, which is even more terrifying than their first. If Play Dead kept me on the edge of my seat, Stay Dead had me jumping off it to yell alterantely at Elise and David (and believe me. I yelled.)

If I had to pick a favorite from these two books, I'd say Stay Dead was it. There was so much packed into this story, but it never felt over-stuffed. In some ways the plotting was more convoluted than the first book, but it worked for me. I loved finding out more about Elise's tragic history, watching David learning to cope with his own, and the ways the author pulled off all of it. By book two you're invested in this crew and the city, I think. Now all I have to do is wait until next year for the third book, which the author is writing now. I wonder if Anne needs a beta reader. I should beg or something.

As always, you don't have to take my word for it. In comments to this post, name a book you've enjoyed set in a place you love (or if you can't think of any, just toss your name in the hat) by midnight EST tonight, June 7th, 2014. I'll choose one name at random from everyone who participates and send the winner a copy of Play Dead and Stay Dead by Anne Frasier in their choice of print or e-book format. This giveaway is open to everyone on the planet, even if you've won something here at PBW in the past.
Posted by the author at 7:00 AM