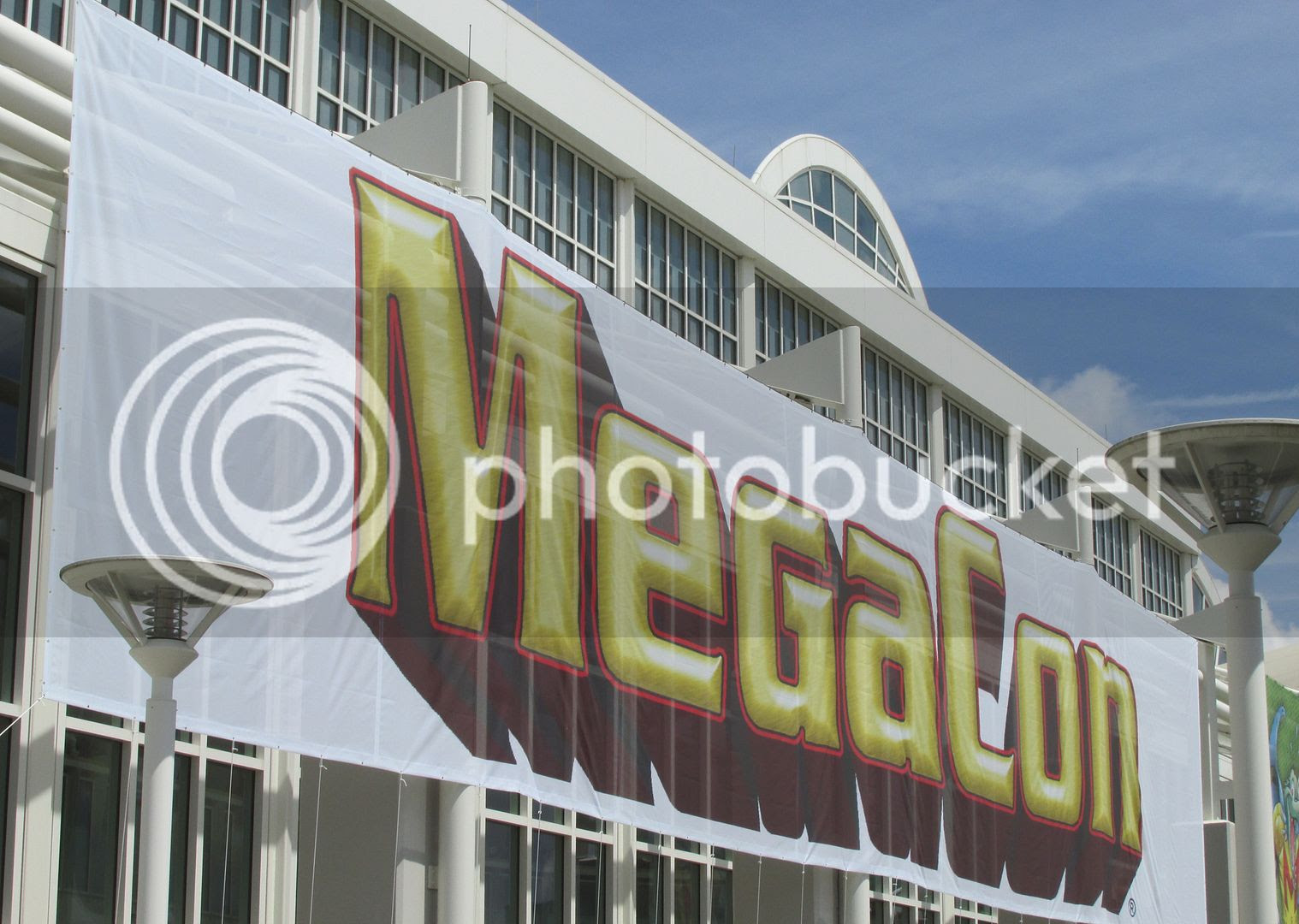 Now that I'm back home, and I think the dogs have forgiven me for being away for three straight days, here's my report on MegaCon 2014 and how things went for us.

We arrived a day early to take advantage of the pre-event load-in and set up our booth, and I am very glad we did that. While the booth area was exactly as promised, the arrangement of the draping and the tables was not what I'd envisioned (and for that I blame me; I was going by memories of the one I attended some years back.) Luckily I brought extra of everything and was able to adjust our set-up to fit the space. I also -- by complete chance -- chose the perfect fabric to compliment the gold and red theme colors of the exhibitors hall, so our booth looked custom-designed to fit our surroundings.

Before we travelled to the convention we actually set up the booth first in a matching space we taped off in our garage at home, and that was probably the most valuable prep we did, because once we were there we knew exactly where to put everything. We did a bit of rearranging to maximize the space and allow browsers room to roam, and that resulted in us getting rid of one of the eight-foot tables the convention people provided. Friday, the first day of the convention, was quite busy, and when we weren't selling we spent some time working out how to run things as efficiently as possible at the booth. This was also wise, as Saturday, the second day, was absolutely insane. For most of the day we were packed to the rafters with attendees; the aisles were constantly jammed. If I have to criticize the convention folks for anything, it's the utter failure to provide adequate space for the attendees to move through the rows of booths easily.

Our booth attracted a lot of notice for several reasons (my daughter being very attractive was probably #1.) I didn't see any other booths selling books, so I think we cornered the market there, and having traditional books out drew in a lot of the older attendees, like the Moms and Dads who had brough their kids to the con. We sold 80% of the books I brought, and my daughter's art and my steamunk jewelry also sold briskly. Altogether our sales covered our expenses plus provided a nice profit. 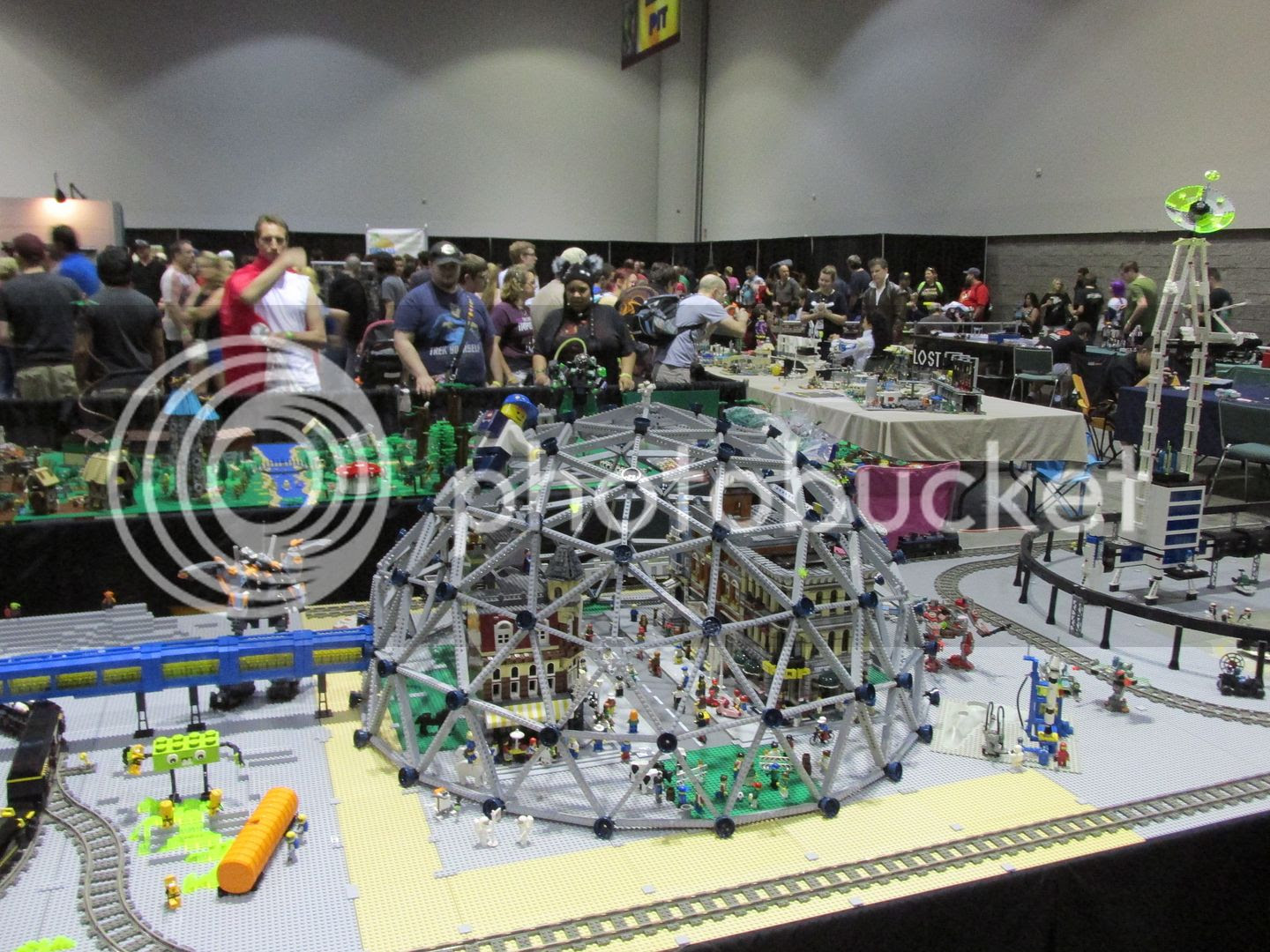 We were so busy I was able to leave the booth only to run to the restroom for most of the convention. I did get a chance to make one trip to the LEGO pit, which was my favorite part of the last MegaCon I attended. It was totally worth wading through the packed aisles, too -- the LEGO guys and kids are so inventive with their exhibit. They had television shows like Fringe and Lost depicted in blocks, as well as an entire city with streets and skyscrapers. The designs and attention to details were absolutely marvelous.

I also loved seeing all the handmade cosplay costumes worn by the attendees. You may not think you can make magic with some cardboard and poster paint and colored tights, but oh, my, they truly did. I was very happy to see how many guys dressed out as my favorite cosplay character -- Malcolm Reynolds from Firefly -- and spent more than one moment surreptitiously sighing over a handsome version who wandered into our booth. 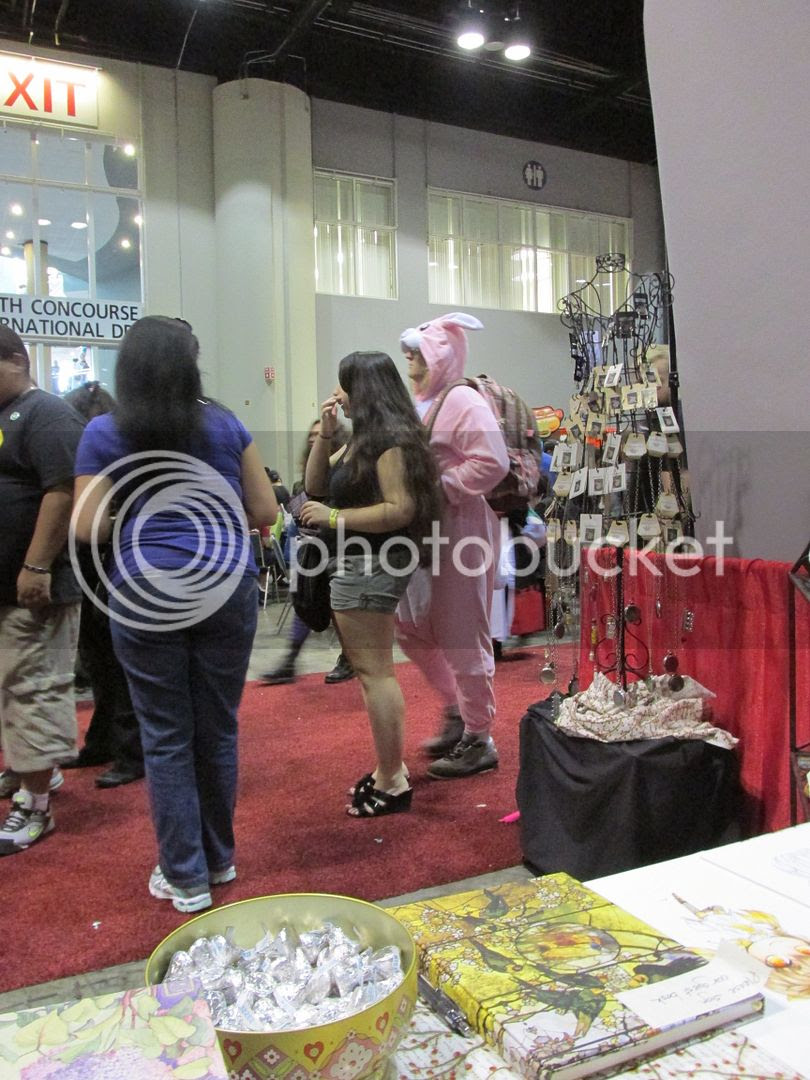 My daughter gets credit for being the most patient kid in the universe; she spent much of the convention explaining to me things I saw that I didn't recognize or understand (like this guy in the pink bunny suit.) It's always tough having parents who are really old enough to be your grandparents, but she never complains. My guy gets extra kudos for coming along to provide all the heavy lifting, furniture rearranging and errand-running; no matter what we asked he did it (and this is really not his thing at all, so it was especially nice of him to sacrifice three days he could have spent more happily at home.)

If I could go back and redo some things, I think I would have brought an extra bookshelf to put out more books; they were our bestsellers. I would probably have more of a selection, too -- I brought books written by authors who are also friends of mine, but I probably should have stocked a bigger variety of titles and genres. Also, while all my jewelry sold well, what went the fastest were the dozen sets of little key earrings I made -- and those I made really as an afterthought so there would be something inexpensive for buyers who didn't have a lot of $$$. If I had made and brought fifty more pairs of those I could have sold them all the first day.

All in all the entire convention experience was very positive, so I'm calling it a complete success. My thanks to Karen W., Heather, Jenny and Harold, Monique, Sue, Annie, Brandon, Deborah, Michael, the nice young guy who asked me all those questions, and all the other lovely people who stopped to visit the booth and chat with me -- you made my MegaCon especially wonderful.
Posted by the author at 1:41 PM