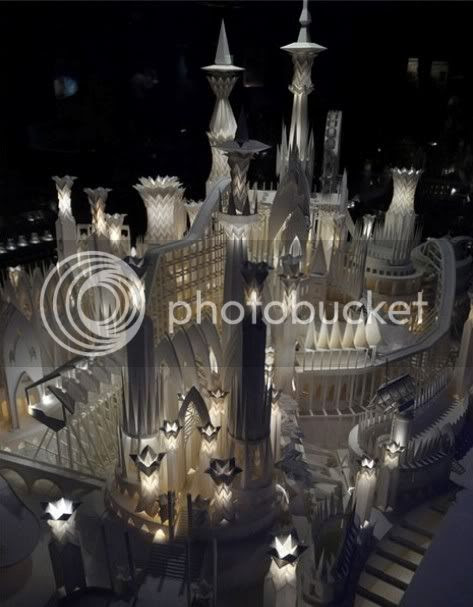 One day a Japanese art student became bored during his university exams and decided to fool around with some paper. Four years later he finished constructing this incredible model city, made entirely out of two things: paper and craft glue.

The construct, named "Castle on the Ocean" by the artist, is roughly 8' X 6' and stands about 3' tall. It features a castle based loosely on El Temple de la Sagrada Familia in Barcelona, Spain (the same church that I discovered has doors made of words) as well as a cathedral, a school, a factory, a theme park and an airport. It also comes with electric lights and a train that moves.

No one can deny how magnificent this paper city is. But here's the kicker: after the exhibit the creator plans to set the whole thing on fire and burn it down.

Yep. You heard me. The artist spent 1,460 days building this magnificent construct so that he could torch it. 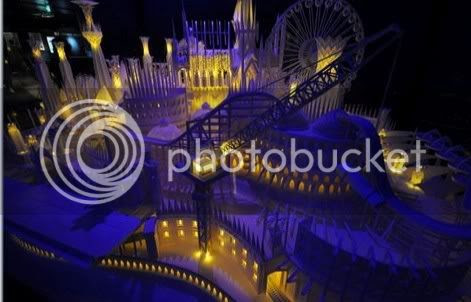 While I acknowledge that Watura Ito has every right to set fire to his paper city (and I've torched enough of my own work to understand the compulsion) I wish I knew Japanese and his phone number, so I could call and talk him out of it (this is assuming he hadn't already burned it.) This isn't just some bored student's art project. This is incredible, and gorgeous, and makes my heart hurt just to look at it. This is what I consider the only real magic in the world.

How hard can it be to find one art student on the other side of the planet, and what is the Japanese for "Dude, have you lost your mind?"

Over the last month you NaNo'ers have been building your paper cities, and while they don't resemble this gorgeous construct anywhere except maybe in your head, like Mr. Ito's art they are the product of thought and imagination and a lot of effort. What's cool about yours is the possibility that someday, when I or someone else reads the end result of that five pound stack of used bond paper, you're going to take us on a personal, guided tour of your city, and we'll never have to leave our homes. You'll introduce us to the people who live there, and show us what's happening, and laugh and cry and yell along with us as we explore it. We might even come back once or twice or thirty times to do it all over again with you. We might tell our friends about it, and they'll tell friends, and they'll tell friends . . . 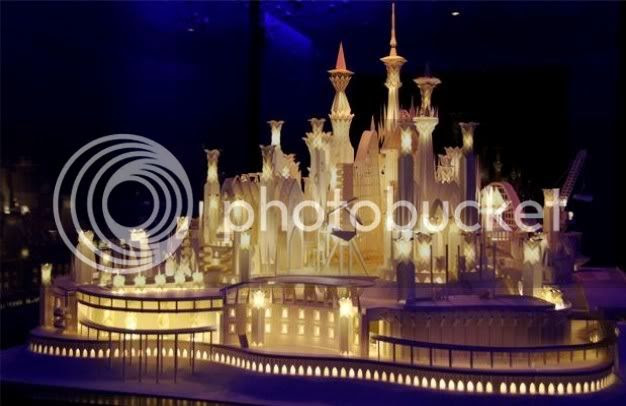 Unless you don't finish your paper city. Or you do, but then you decide to box it up, stick it on a shelf, or drop it in the back of a drawer. Or you just park it on your hard drive and forget about it. What's the difference between doing that with your novel and setting fire to it? Well, if you burn it, you might have enough time to roast a marshmallow or two and make a s'mores. That's about it.

I know what you're thinking. Oh, yeah. I'm not psychic. I've been there, and it's probably some variation of this: My paper city sucks. I didn't build it right. It's not as good as [insert title of your favorite book.] No one will want to look at it. I hate it. Why waste my time and humiliate myself by showing it to anyone? It's better if I just forget about the whole thing.

It's not better. It's giving up. You just spent an entire month building a city and you're going to set fire to it before anyone even gets a glimpse. Ever hear of an exercise in futility? What you're thinking about doing is the definition.

Your paper city may not be finished, and may require another month or two or six or even a year of work to complete. So finish it. It may not be fabulous, or exciting, or even resemble a city. So edit it and make it right, or start over and build a new city. What you construct might never be as good as your favorite author's book. So build and submit it anyway. Because if you don't build and finish and edit and submit, you'll never know if you could have made something magical for the rest of us. You won't learn if it really didn't work, or anything useful from the mistakes you made. You'll just be the proud owner of a stack of printed paper gathering dust, like a million other writers who were too afraid to try.

Look at this one more time: 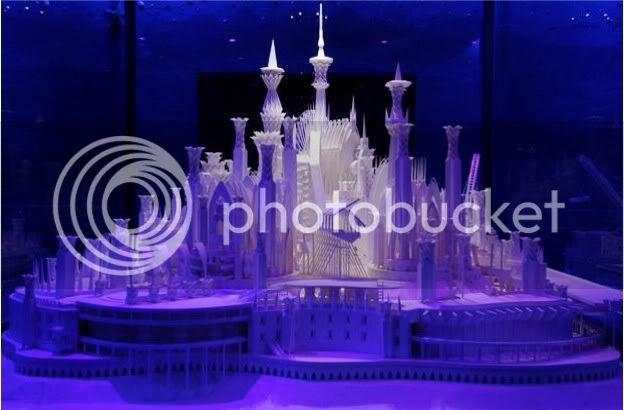 This is what is waiting for you. Not everyone can build it, and it's hard work simply to become skilled enough at your art to get to this level. You have to study and practice and fail a bunch of times. You have sacrifice things in order to build, and those things are usually a lot less work and much more fun. You'll be made to pay for what you build in a thousand different inventively painful ways. You might even build every day for the rest of your life and never do anything as incredible as this paper city, or if you do, you might never be given the chance to show it to the rest of the world.

This is why I completely understand if you'd rather do anything else than this gig, and I mean that sincerely.

But if this is who you are, if this is what you do, then know that we're waiting for you to show us your castles. We want you to guide us through your cities. Don't tear down your construct because you're afraid. If you do you're not just giving up on yourself, you're giving up on us, and we need your magic in our lives.

Thanks to everyone who has come to PBW all month to join in and offer encouragement (you illuminated my November city and made the job quite a bit easier) and congratulations to everyone who has participated in NaNoWriMo. Whether you finish by the 30th or not, you've done something amazing. I hope you keep making the magic real.

Telegraph.co.uk's photo gallery of Wataru Ito's Castle on the Ocean.

How the lighting of the paper city was accomplished.
Posted by the author at 12:00 AM