Some years ago a friend sent me a couple of antique quilt tops in need of some TLC and finishing. Among them I found what looked like a variation on the Indian Trail pattern made in the forties or fifties. I discovered that the fabrics were still in very good condition, and the maker had actually appliquéd all the tiny pieces together by hand with a blind stitch.

The color palette and the pattern the maker used wasn't to my personal taste, but I needed to get over my aversion to the color yellow. Also, the amount of work that had already been done demanded I finish what she had started, also by hand.

I started working on the quilt whenever I had some spare time and my hands weren't bothering me too much. I always seemed to work on this quilt during hurricanes or storms, probably because I couldn't use the sewing machine. During the long power outtages from the 2004 hurricanes, I would sit and repair seams by candlelight. By the time Katrina roared into the Gulf in 2005, I had restored the top and had it pinned together with batting and backing. After a tornado knocked out our power during Christmas of 2006, I began the hand quilting work. 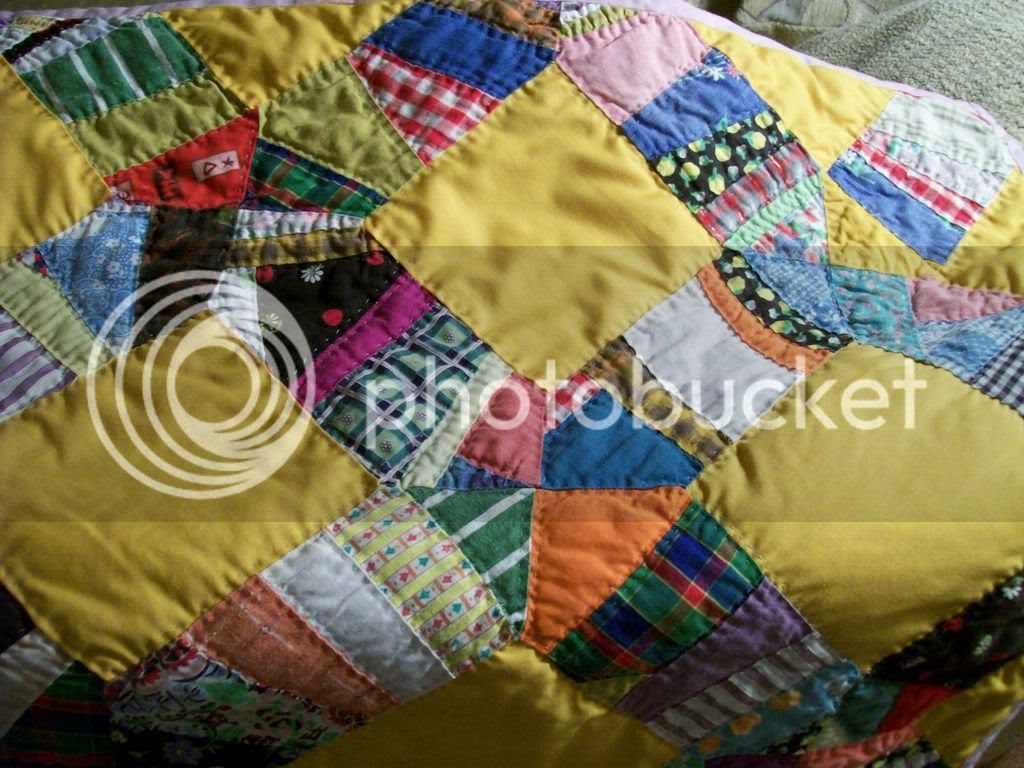 By 2007 I could only work on the quilt on good hand days, which were few and far between. I seriously doubted I was ever going to finish the work. Toward the end of the year I set it aside for a few months during my blue period and tried to think of someone I could pass it along to. Hardly anyone hand quilts these days; the thought of someone tossing it into a cupboard or giving it to Goodwill was the only reason I held onto it.

I don't know why I kept working on it in 2008; it was taking forever and my hand stitching was becoming erratic. I had to start using a thimble with a needle puller to work on it. It seemed like an exercise in futility. I was never going to finish it, not stitching around one little patch at a time.

Until I did, tonight. 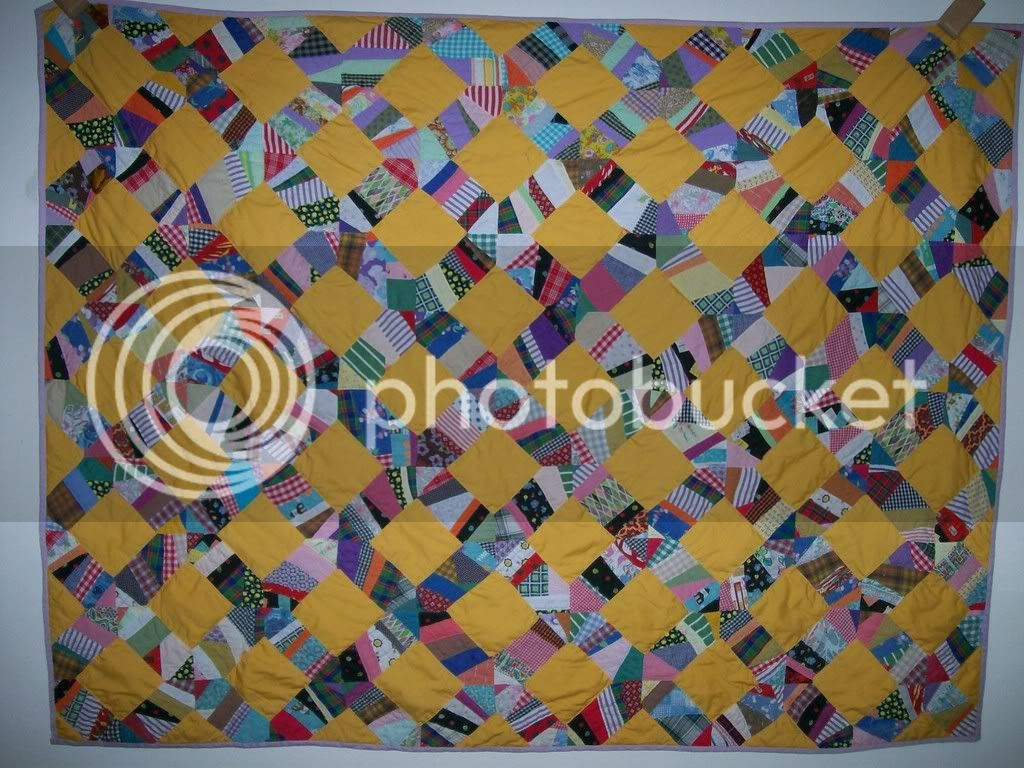 It's not perfect by any means. The stitching is inconsistent, and some of it where my hands got too shaky with the needle needs to be redone. I still don't like all that yellow. But I finished it in the way I wanted it done, and how I believe the maker would have wanted -- by needle, thread, thimble and hands.
Posted by the author at 12:00 AM