If at First You Don't Succeed, Avoid Sky Diving 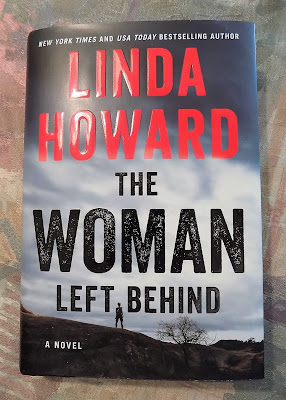 The Woman Left Behind, Linda Howard's latest release, is out now, and the promo got me interested enough to pre-order. For anyone like me who has had actual military training, the story may make you chuckle a bit. But the effort by the author to portray an ordinary-citizen heroine undergoing the intense convert operative team training was certainly enthusiastic.

If you don't want to read any spoilers, stop here. Do not pass Go. Do not collect -- you get the picture.

In the novel, Jina Modell already works in a classified communications position for the government. Without warning she's ordered to take on a new position as a drone operator for a covert paramilitary team. Or a lookout. Or a scout. Oddity#1: I was never quite clear on what Jina's team job is. The order she's given is basically a join or lose your job situation, which I'm pretty sure is illegal, but this is fiction so okay. She then undergoes the absolutely brutal physical training required to get her on the team, which takes about a third of the book. I felt like this, and gradually bonding with her all-male team, was the main story.

Oddity #2: Jina is brought on to be some kind of computer geek for the team, so why all the physical training? When she's finally shown doing her job, she sits in front of a laptop and talks into a mic. Oddly enough, I do that all day, and yet never once had to run ten miles as prep.

Onto the romance, oddity #3: The reciprocated attraction Jina feels to Ace, the team's leader, should come into play, yes? No. Aside from one passionate kiss and lots of lust and self-loathing on both sides, not much happens there until page 321. Oddity #3a: The story is only 351 pages long. The romance commences with a marathon 26 pages of romance and sex -- which are fine, btw -- but after that we get the requistite HEA like immediately. At most the romance is about 20% of the story, so not exactly substantial.

Oddity #4: In the background there are a handful of small, vague scenes in which a traitorous yet heartbroken antagonist plots to stick it to the guy in charge of this paramilitary program via ambushing and killing Jina's team. These scenes were very disjointed and confusing, as I was never quite clear on what's going on there. I tried to fill in the blanks myself, and expected someone on Jina's team to be part of this blurry conspiracy, but that didn't happen, either. You could delete the antagonist entirely and it really wouldn't hurt the book.

The training Jina receives is pure fantasy, but it does help to quickly gain the reader's sympathy. Oddity #5: There was a bit too much focus on the boots Jina wears throughout the story. It reminded me of another author's book, when all the new-diver protagonist seemed to do was spit in her mask to keep it from fogging up. One mention of an insider detail like that is great. Two mentions, fine. Three mentions, tedious. Four or more become seriously annoying. Training-wise, the novel would have benefited from some input from a female soldier who has gone through similar conditioning. I was still okay with it, except for the sky diving chapter (oddity #6), which I thought was over the top and ridiculous. I liked Jina, but I'd have absolutely kicked her off the team after the first jump, no hesitation.

Oddity #7, which was the biggest and most puzzling: the book's title in relation to what happens in the story. For about the length of a single chapter it's applicable; the actual woman being left behind event stretches to maybe twenty pages. It was such a blip that I went back and read it again, just to be sure I hadn't inadvertently skipped a big chunk of story. I was expecting three, maybe four chapters of Jina having to survive by her wits behind enemy lines. Didn't happen. Aside from running and following a map, none of her strengths and intelligence as a protagonist come into play. So if you're looking for that, nope. "The Woman Who Trains Her Ass Off" or "The Woman Who Should Never, Ever Sky Dive" or even "The Right Boots Are Your Best Friends" would have been more title-appropriate.

Final verdict: Odd book. Very odd. So odd I decided to write it up on the blog, and you know how lazy I am when it comes to that. If you're a rabid Linda Howard fan, you probably can't be disappointed, so by all means invest. Maybe you'll get it by default. The rest of you might want to wait for the paperback, or just skip it altogether -- unless you like lots of oddities.
Posted by the author at 7:00 AM