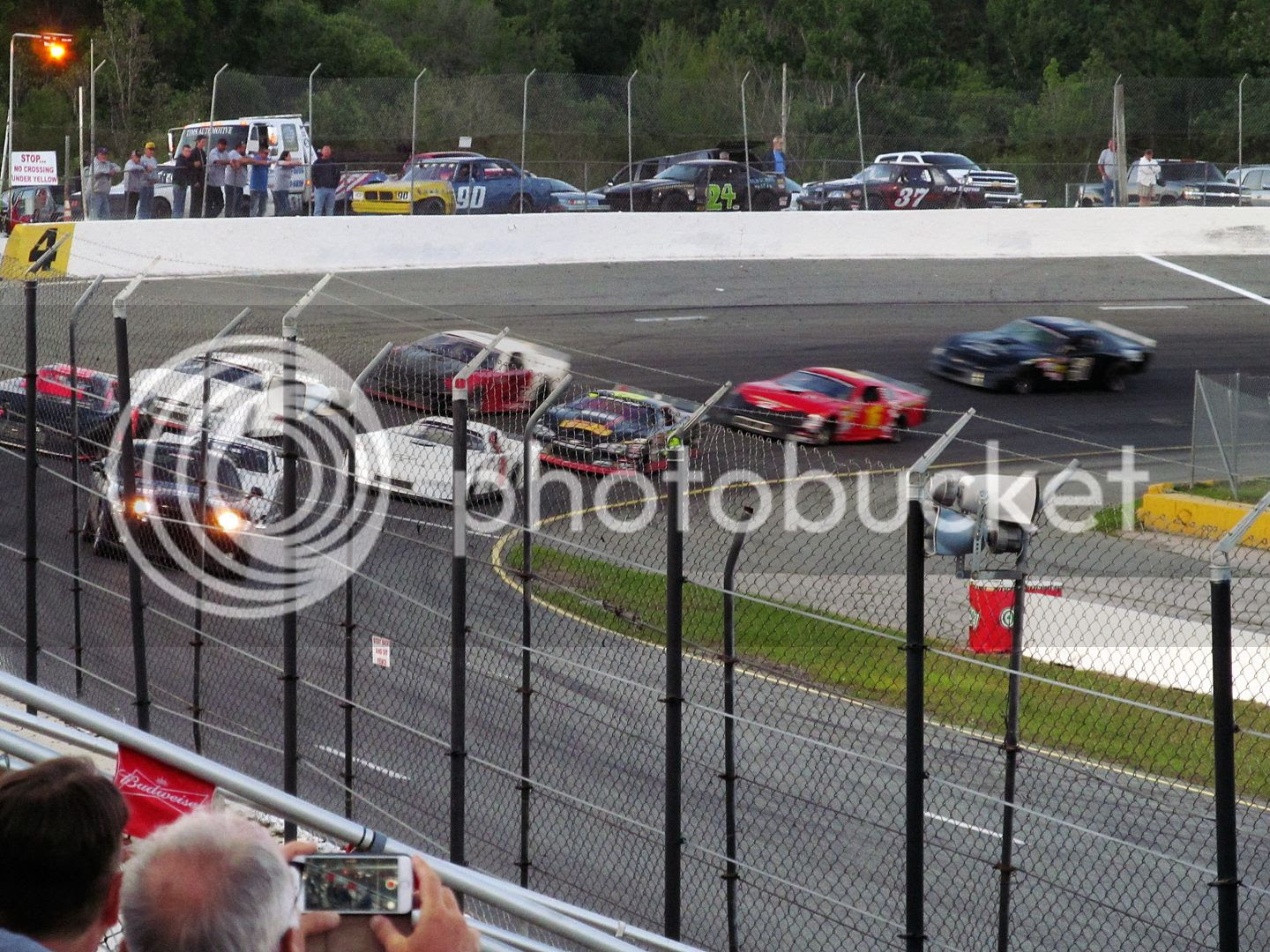 Last weekend my guy took me to the races at a regional short track speedway, which is the first time I've been since I was like ten years old. He loves fast cars, and I was willing to revisit one of the few fond memories of my childhood.

It may surprise you to know that I was quite a racing fan when I was a child. I often went to Hialeah Speedway with my family in the late sixties and early seventies (back before all the NASCAR hoopla), and I loved it every time. The cars looked big and tough and yet beautiful. You picked a driver and cheered him on as if you were one of his personal sponsors. As the cars passed by the stands you could feel the roar of the engines in your bones. They also had demolition derbies, which went on until only one car was left running. I think all the kids especially liked watching those old bombers smash into each other because it was something you never saw adults do on purpose.

Forty years later, the races really haven't changed all that much. No doubt the cars are better and faster, but but the races are still just as exciting as they used to be. All the changes I noticed were pretty positive: drivers wear better safety helmets and clothing now, and the track officials are more careful when there's a crash (a very good improvement) and make sure to inspect the track carefully before letting a race resume. I did have to pay three bucks for a cup of coffee, but they let you bring in your own drinks and snacks if you want to be thrifty. They ran all the scheduled races, so we were there for about three and a half hours; more than that would have been a bit too much for me. And of course my guy was in heaven, which I like to see very much.

I don't see myself becoming a racing enthusiast at my age; it's a lot louder than quilting. I think I also saw too many very real car wrecks when I was in the medical field to feel totally comfortable with racing now. That said, I wouldn't mind going back again. It was fun, and I really liked seeing my guy so happy.

Have you ever tried something you haven't done since your childhood? How did your revisit go? Let us know in comments.
Posted by the author at 7:00 AM