Get Back to Writing Week: Short Story

Novels are like theme parks, in that they hold a lot of characters, surprises around every corner, neat rides to go on and other cool things to do. As a reader you can spend days wandering around and basking in the excitement of these places.

As a writer, you can do that, too, but you have to build them first.

This kind of fiction construction takes tons of ideas and tools and plans plus all the time it requires to actually gather the materials, put it together, troubleshoot it, polish it up and get it ready for others to enjoy. It's why we call it world-building; writing novels means you really do build a world and everything in it from scratch.

If you've taken a hiatus from writing, the sheer size of that kind of project can seem especially daunting. So can the very good odds that you'll do all that work and get nothing in return. What if you choose the wrong theme for your novel park? What if the cast members are a bunch of boring wall flowers who just stand around and talk to each other about housekeeping stuff? Those doubts and fears often convince writers to put it off until next week, next month, or next year (when -- for mysterious reasons that I've never understood -- it's supposed to be easier.)

To get back to writing after a long break it's sometimes good to start with a project that isn't as long as a book. One option is to write some flash fiction, or a story told in a very minimal amount of words (some folks say it has to be less than 300, but I've also seen it defined as less than 1000 words.) This sort of writing can be a great form for people who want to work in shorter sessions in order to ease their way back into a daily or weekly writing routine. If you're a fast, focused writer, you can probably knock out at least one or two flash fiction stories per day; if you're slower or want to explore the form you still won't have to deal with a lot of blank pages to fill; four is about tops.

My personal favorite go-to short fiction form is the short story. A short story is like a roller coaster in the great theme park of fiction; they can be fast, fun and full of thrills. I've always written them for practice purposes as well as to get a feel for characters and scenes, and I think they're the best way to test-drive characters and novel ideas before I commit to writing a book about them. Both the StarDoc and the Darkyn series were based on short stories I wrote for fun, so for me this kind of writing practice also regularly leads to bigger and better projects.

The easiest subject for a short story is a day in the life of one of your characters (this gives you 24 hours to follow them around and get to know them, so it's a terrific method for exploring your characterizations.) You can write a short story about the worst or best day in your character's life, the day their world came crashing to a halt, or the day their second chance arrived. Likewise your character can do anything in this 24 hours: witness a crime, discover a secret, or win the lottery.

If nothing like that comes to mind, here's one of my personal tricks for writing practice: grab the nearest nonfiction book you love, turn to any page at random and jot down the first sentence you see on the page. The line you write down will be the opening sentence for the story (and just a note for those who may choose to pursue publishing a practice story written this way; you should remove the opening line before submitting, obtain the author's permission to use the line, or footnote it.)

Here's an example: from page 79 of The Medieval Underworld by Andrew McCall: 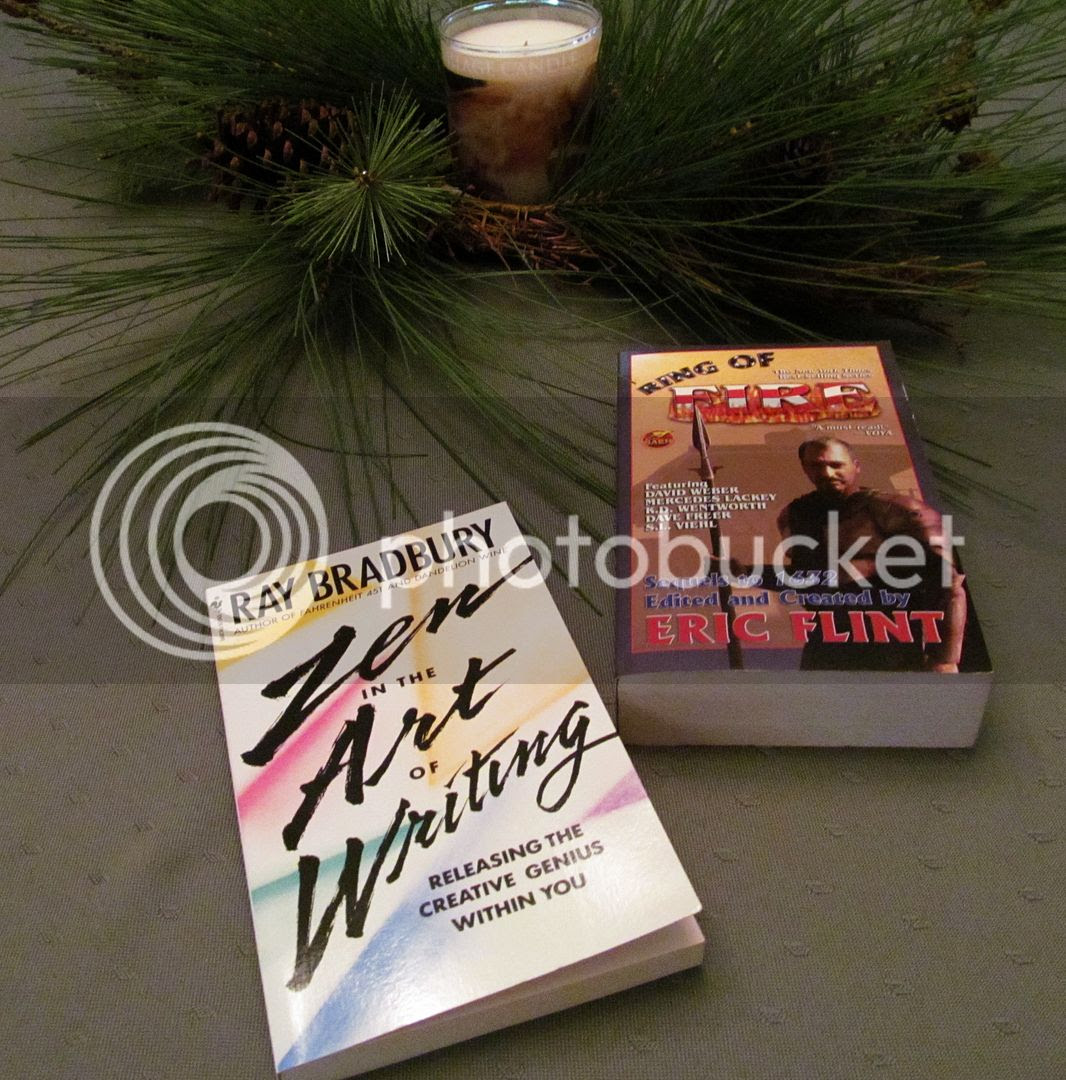 This is a great opening line for a short story; I'd use it to tell the tale of how two prisoners (one rich, one poor) live out one day of their sentence. I'd find a way to have them meet, of course, and hate each other, and then for some drastic reason become dependent on each other in a moment of crisis. I'd find out who they really are beneath the wealth and the poverty; one could be guilty of the crime for which the other was actually convicted. I might have them be in love with the same woman; I might have them fall in love with each other. That one line is just a door opening to endless possibilities.

To get you back to writing via short stories, in comments to this post give us the first line of a short story you'd like to write (or if you can't think of one, just toss your name in the hat) by midnight EST on Thursday, September 6th, 2012. I'll choose one name at random from everyone who participates and send the winner an unsigned copy of Zen in the Art of Writing by Ray Bradbury, one of my favorite how-to books by my favorite short story writer, and a signed-by-me copy of Ring of Fire, a short story anthology which includes A Matter of Consultation by Yours Truly writing as S.L. Viehl. This giveaway is open to everyone on the planet, even if you've won something here at PBW in the past.
Posted by the author at 12:00 AM

Labels: get back to writing week, short story